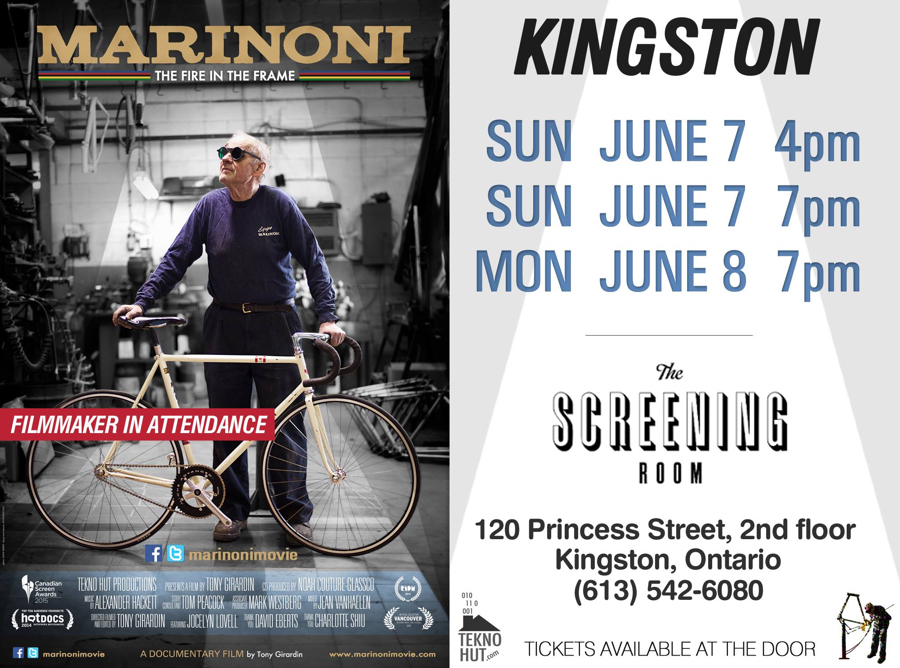 Giuseppi Marinoni was born in Bergamo, Italy in 1937. He apprenticed with Mario Rossin during the early 1960’s. Mario was the head frame builder at Colnago. It was there that Marinoni learned everything he needed to know to build frames.

Marinoni came to Canada in 1965. He was a major figure in Quebec’s cycling community. He returned to frame building in 1974. Cycles Marinoni in Terrebonne, Quebec became one of only a very few successful North American frame builders. Jocelyn Lovell, one of Canada’s greatest cyclists, rode a Marinoni.

He was still riding strong into his seventies. In October 2012, Marinoni broke the hour record for riders in their late 70’s. He rode 35.7 km at Brescia, Italy. That is a challenging pace even for riders like myself in their late 50’s.

Montreal filmmaker Tony Girardin produced a documentary about Marinoni called The Fire in the Frame, a character study of the cycling legend. A reader of my blog was kind enough to let me know that the documentary would be playing here in Kingston. Maclean’s ran a story on the movie here. And Canadian Cyclist also ran a story about the movie here.

I think I know where I will be on June 7th.