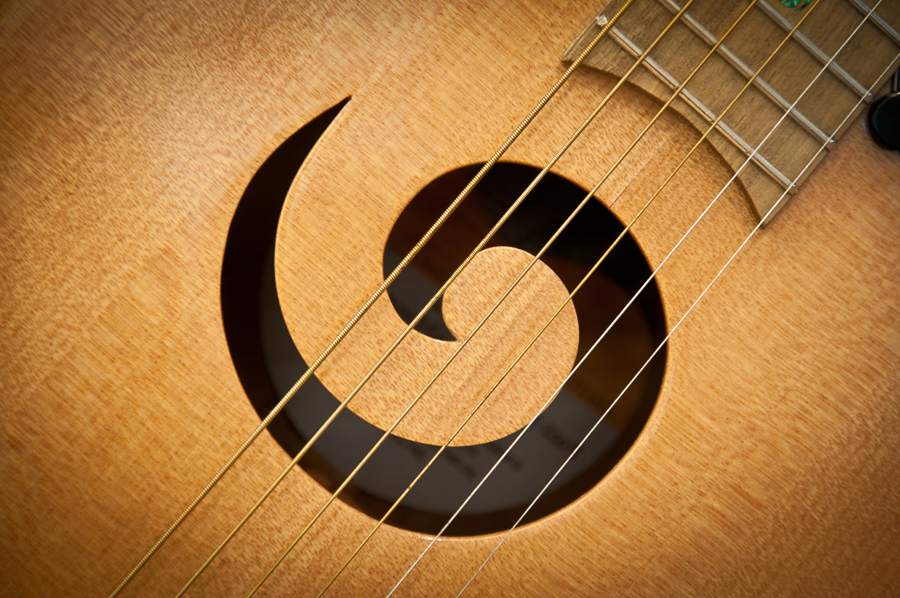 “I’d rather chew glass than play through a solid state amp.” This from a hardcore guitarist who was clearly committed to his tube amplifier.

When I was first touring, the state of the art of a sound system was not like it is today. Those systems were more of a sound reinforcement system, that is to say, they tried to get the vocals on top of the backline. And the backline generally had to have enough power to punch through all the stage noise.

I bought a Roland JC-120 way back then. Likely 1975 I think. Whenever it was first introduced. Sold it some years later.

It was loud. And clean. No such thing as edge-of-breakup tone on this amp.

The band I played in back then was pretty successful but alas existed before the Internet. Which means it was pretty invisible today. I can’t find any shots of the rig I used back then. It would have looked something like this: 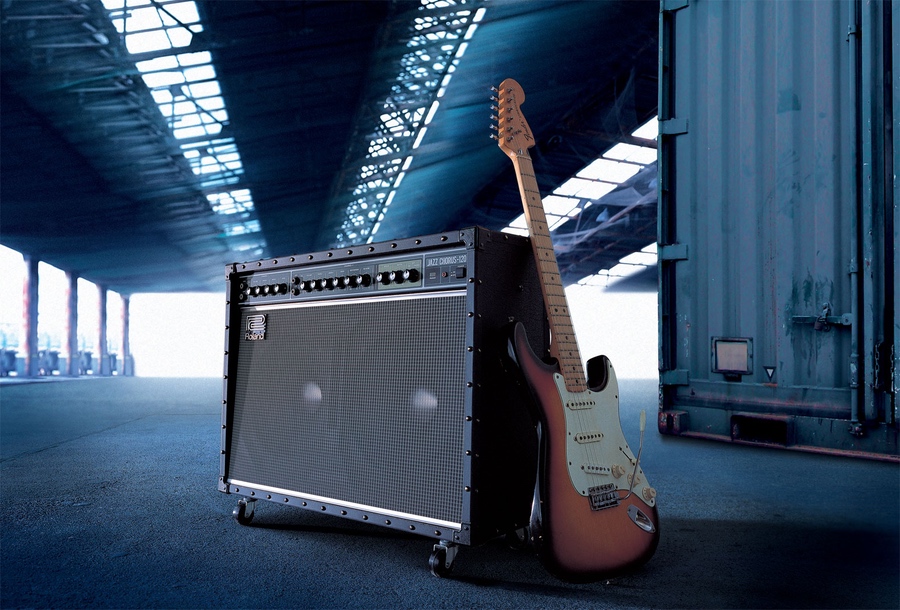 I do remember that I only had a few pedals on that tour. An MXR Distortion+, an MXR Flanger, a Cry Baby wah. I think we tuned to the piano as we also toured with a horn section. I guess I was primarily focused on playing clean with this amp.

Sweetwater posted a story on the history of the JC-120 which you can find over here.

The unique character of the amp, aside from its clean tone, was the built in chorus. Roland used the chorus circuit from that amp to launch the first chorus pedal and the first BOSS pedal ever made, the CE-1 Chorus Ensemble. That was in 1976. Here is what that chorus pedal looked like: 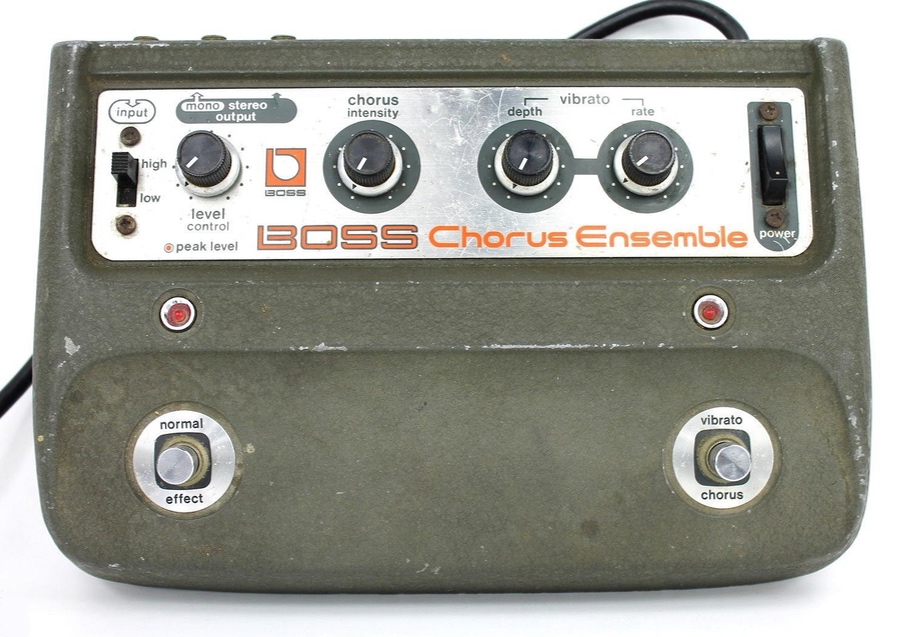 If you have $1,500 or so to spend, you can find these pedals used on Reverb. A vintage Roland JC-120 can be found for much less money. Not as portable though.