One of the most important support roles in progressive churches is the front of house sound mixer. The role is usually filled by volunteers with limited experience and training in audio engineering.

There are numerous resources available to help in the training of such volunteers. Berklee College of Music offers an online course on Church Sound Production and Curt Taipale offers a Church Sound Workshop in a Box. However, most churches would hesitate to make an investment of several hundred dollars to train their volunteers.

I have taught live sound to a number of churches over the years. Most volunteers seem very keen to learn and they often show a remarkable passion for audio.

From a session a couple of weeks back. I am on the left. Skip is on the right. 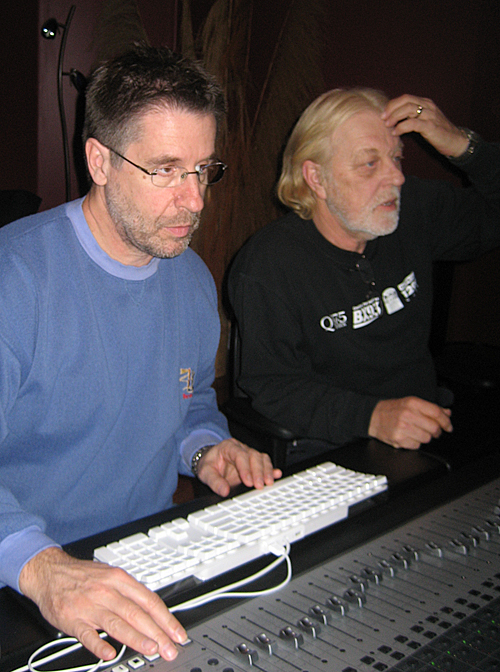 Skip: “You know, man, I had a scary feeling about this guy. I heard he was pretty good, but man, he is really freakin’ me out right know. You know what I mean, man?”

Me: “I hear you, Skip. He is certainly a pretty scary player. And quit calling me man, man.” 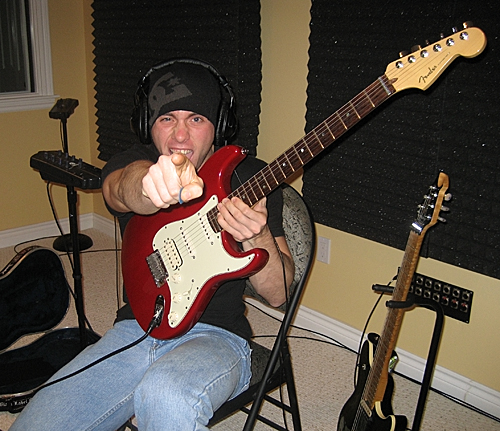 After the concert last night, I headed over to the sound booth to chat with the FOH engineer. The venue was a large church in Guelph. Seating capacity was approximately 1,500 so a pretty large hall. The new auditorium had only just opened and this was the first concert.

We talked about the challenge for live sound engineers these days when they have to work on house systems. Before, you could count on analog boards, which usually had a degree of consistency. And larger venues typically deployed Soundcraft, Allen and Heath and Midas consoles. Mid-sized and up formats.

Like most churches, the house operators do not make much use of the internal processing capability (compression, gating). Most volunteers in church sound haven’t been trained on how to use such processing so they are better off to leave it alone. Using default plugin settings to process audio signals is rarely a good thing.

The M7CL is organized in a three-tiered hierarchy that makes operation fairly straightforward once you get over the shock of having to learn a new board. Every input channel has a physical fader, ON switch, and meter that are visible and operable at all times. Major mix functions such as input gain, EQ, auxiliary sends, dynamics, and more are directly accessible via an interface. Functions that are not required for real-time operation during a performance are located one level below.

My first reaction when I saw the board was based on my experience with the digital console at my church: difficult to operate in a live sound context with a steep learning curve.

However, the M7CL was designed for live sound. And that makes a huge difference in operations. After looking at the console and doing a bit of reading on it, I could easily operate such a board within an hour or so. Here are some pictures of the board. 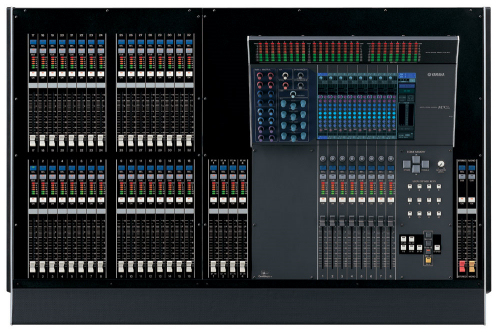 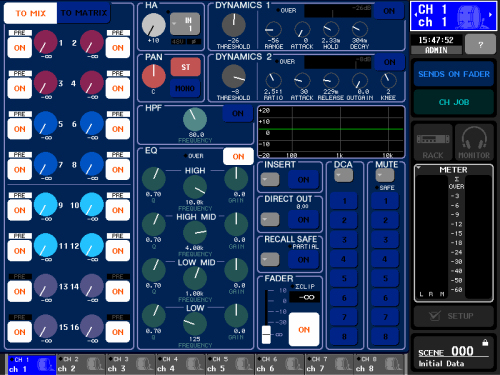 Last night was Trevor’s CD release party. The whole evening was a special time for me and my family. A great concert followed by an intimate gathering at Trevor’s home.

There were some very powerful moments during the concert. The one that made a significant impact on me was a Compassion video which highlighted the living conditions of a poor family in Bolivia. It is time for our family to help make a difference in the lives of children and I commit to sponsoring a child. Compassion is a great organization and you can learn more about sponsoring a child here.

Trevor did a wonderful job sharing the Christmas story in concert. He used a multimedia format which brought together music, art, dance, video, photography, sound and lighting into focus. A huge production effort. Really amazing.

At the release party, Lorraine and I were presented with a special gift for the work we did on tracking and mixing Trevor’s project.

How fortunate I am to be able to work with such amazing people.

Tomorrow evening is Trevor’s CD release party. He will be in concert at Lakeside Church in Guelph. And the release party will begin after the concert.

Lorraine and I will be picking up our two oldest children in Waterloo and bringing them out to the event. With so much driving between our home, Guelph and Waterloo, we have decided to spend the evening in Guelph so that we do not totally disrupt our sleeping patterns.

I get a Sunday morning off which has not been the case for quite some time.

Quite looking forward to the event. Projects like this one are very demanding with hundreds of hours spent behind the scenes polishing tracks and mixes. I still listen to the project and I am very proud of the result. It will be fun to see the music come to life in a concert setting. 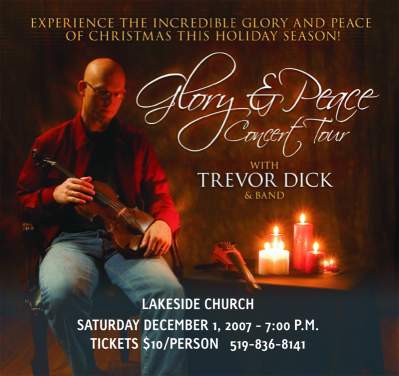 The desk in my studio is quite large. And given the design of the control surface, there are few options in terms of where a monitor can be situated. For the past several years, the monitor has sat on top of the meter bridge, in between the two Genelec nearfield monitors.

I spend countless hours editing waveforms. And the distance between my monitor and my eyes was too far and too high. I would get a pain in my neck by tilting my head up and holding that tilt for extended periods of time.

When I was working on a project at Cherry Beach a few weeks back, the monitor was on a movable cart in front of the console. The viewing angle was so much better. And I decided to make a change in my own control room. I would take the monitor down from the top of the meter bridge.

Last week, I mounted the monitor on a sophisticated arm to the right hand side of the console. I can easily swing it out of the way when I am mixing or tracking and I can easily bring it into a comfortable viewing range when I am working on edits.

First tracking session with the new setup is tomorrow. We’ll see how it goes. Here is how the desk looks with the new arrangement. 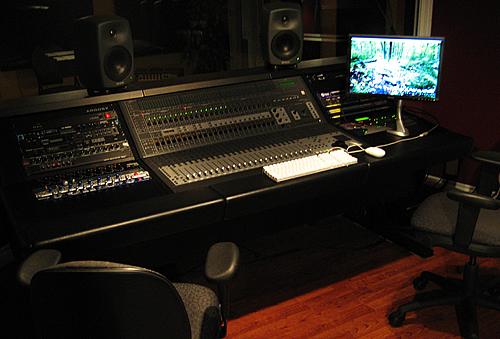 Trevor dropped by some copies of his newest CD today. It was great to see him and his wife. And it was also great to receive the final product. It looks great! 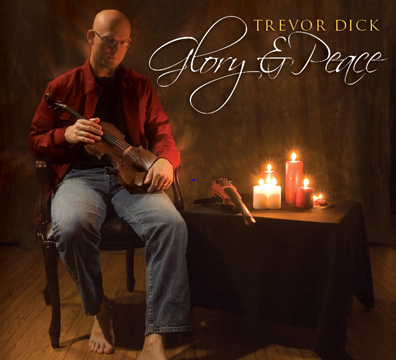 Cherry Beach Sound posted on one of our projects. Trevor’s CD should be released shortly. I’ll have to get a few copies for Christmas presents. 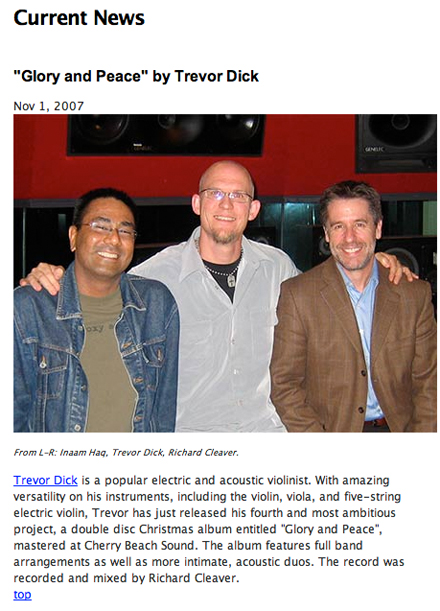