Ever wonder how much money the top CIOs in North America make? Wonder no more.

Okay. So this was a bit morbid. I was reading a book and there was a segment in the story which focused on a particularly nasty form of execution through decapitation. So how does it feel to die? There are some answers here.

Someone passed me this clip of an amazing young guitar player. He has recorded in my studioÂ  and, yes, a very talented player.

I read through this book last week. Time to get all of those digital photos organized. Assuming, of course, that you are keeping them safe in the first place.

I am familiar with organizations that fight Software Piracy. I was not aware that there was a need to have one focused strictly on the audio industry. I was wrong.

Is your computer randomly playing classical music? Microsoft knows the answer to that problem.

Starting a bank is easy. Just watch out for ABCP. And Ninjas.

It looks like a few ministries have not responded to the Senate Finance Committee’s request for information. The press release is listed here. Look for the one dated 12-06-07.

Vocal tuning for the masses.

15 ways to de-clutter your mind. After I de-cluttered my mind, I forgot the 15 ways. I had written them down on a piece of paper. But now I can’t find the paper. It is lost somewhere in the paper clutter.Â  My mind is cluttered again. Drat!

My son and I enjoyed our campus visit to the University of Waterloo. We head out to Laurier tomorrow. Joshua gained an early offer from Laurier’s Honours Business Administration program. As a Western grad, I’m a bit partial to the business program at that university. It will be interesting to see how Laurier’s program stacks up in comparison.

When we visited Waterloo, we spent some time at the Hagey Hall of the Humanities. The hall had a plaque of the founding president of Waterloo with the following inscription:

We asked one of the University staff to translate. Her response: “I’m a science and math grad. I don’t know what that motto means.”

Judging her age, she had graduated some 20 years ago.

“What do you think about Canada’s involvement in Afghanistan?”
“I’m a science and math grad. I don’t have an opinion.”

I’m a business and computer science grad. And I did not know what the inscription meant either. Perhaps the business degree pushed me to find the answer.

si monumentum requiris, circumspice
if you seek his monument, look around you

On February 25, 1723, at the age of ninety-one, Sir Christopher Wren closed his eyes for the last time. His faithful servant entered his room, thinking the old man had napped longer than usual after his dinner, and found him dead in his chair. His funeral was well attended as it made its way from his house in St. James Street to St. Paul”™s Cathedral where his body was interred in the crypt. His son Christopher composed his epitaph:

Here in its foundations lies the architect of this church and city, Christopher Wren, who lived beyond ninety years, not for his own profit but for the public good. Reader, if you seek his monument, look around you. Died 25 Feb. 1723, age 91.

The phrase, si monumentum requiris, circumspice, refers to St. Paul”™s as Wren”™s monument. It has since become a particularly well-known epitaph, often favored by architects.

Over the past several months, we have been decluttering our home. We have found many interesting items. One was a proposal I had written to secure contract work at a large insurance company in 1989. This contract ultimately led me away from teaching into a lengthy corporate career.

The proposal talked to the technology environment:

The computing environment includes an IBM mainframe running under VM. The production terminals run under CMS. The programming language for the implementation is ORACLE PRO*C. The database manager is ORACLE with SQL access. Support staff maintain the VMS/CMS accounts, source code libraries and distribute output.

17 years later and I am still dealing with IBM mainframes and Oracle databases. As I looked at the proposal, and the after-tax result, I realized that I made a lot of money back then. Sometimes I miss the simplicity and the adventure of those years. Teaching and doing selective contract work was a pretty good life.

I attended a retirement party last night and the guest of honour focused on humanity and relationships within his workplace. He made quite a difference to the lives of the people he touched and I will certainly miss him. As I talked to him he mentioned how busy his retirement had become. “I’m just as busy as I was at work except that every day feels like a Saturday now.”

Looks like he has found a pretty good life.

Harper starts his new government on the right foot.

Looking for a new pet?

Binge golfing is not a disease. It is perfectly normal.

If you are deciding to learn guitar late in life then the Stratoblaster is the perfect choice.

The first practical cesium atomic frequency standard was built at the National Physical Laboratory in England in 1955. The frequency of the cesium reference was established or measured relative to astronomical time.

The cesium atom’s natural frequency was formally recognized as the new international unit of time in 1967. A second was defined as exactly 9,192,631,770 oscillations or cycles of the cesium atom’s resonant frequency, replacing the old second that was defined in terms of the Earth’s motions. The interval of a second quickly became the physical quantity most accurately measured by scientists.

I have to report on this for one basic reason. My wife keeps her clocks set at radically different times. For example, the clock in our bedroom is set 20 minutes ahead. In our kitchen one of the clocks is set 3 hours ahead. Therefore, it really doesn’t matter how accurate a second can be. As Mark Twain describes the issue with inaccurate timepieces:

My watch slowed down to that degree that it ticked like a tolling bell. I began to be left by trains, I failed all appointments, I got to missing my dinner; my watch strung out three days’ grace to four and let me go to protest; I gradually drifted back into yesterday, then the day before, then into last week, and by and by the comprehension came upon me that all solitary and alone I was lingering along in the week before last, and the world was out of sight.

I have no idea what time it really is. I must be late for something.

You may know some graduates from this particular university. Amazing what courses are available on the Internet these days. 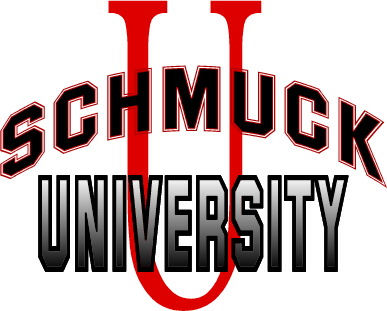 This blog has been accused of meanderings by no greater an authority than this man. I kung fu your blog with my meanderings:

I continue to be quite impressed with Jordon Cooper. I highly recommend his blog. He seems to be involved in many different online activities as well as active in ministry. Thoughtful and informative and I always seem to discover something new and interesting from his posts.