The accounts payable department at my company forwarded an envelope to me. It contained the following “statement”: 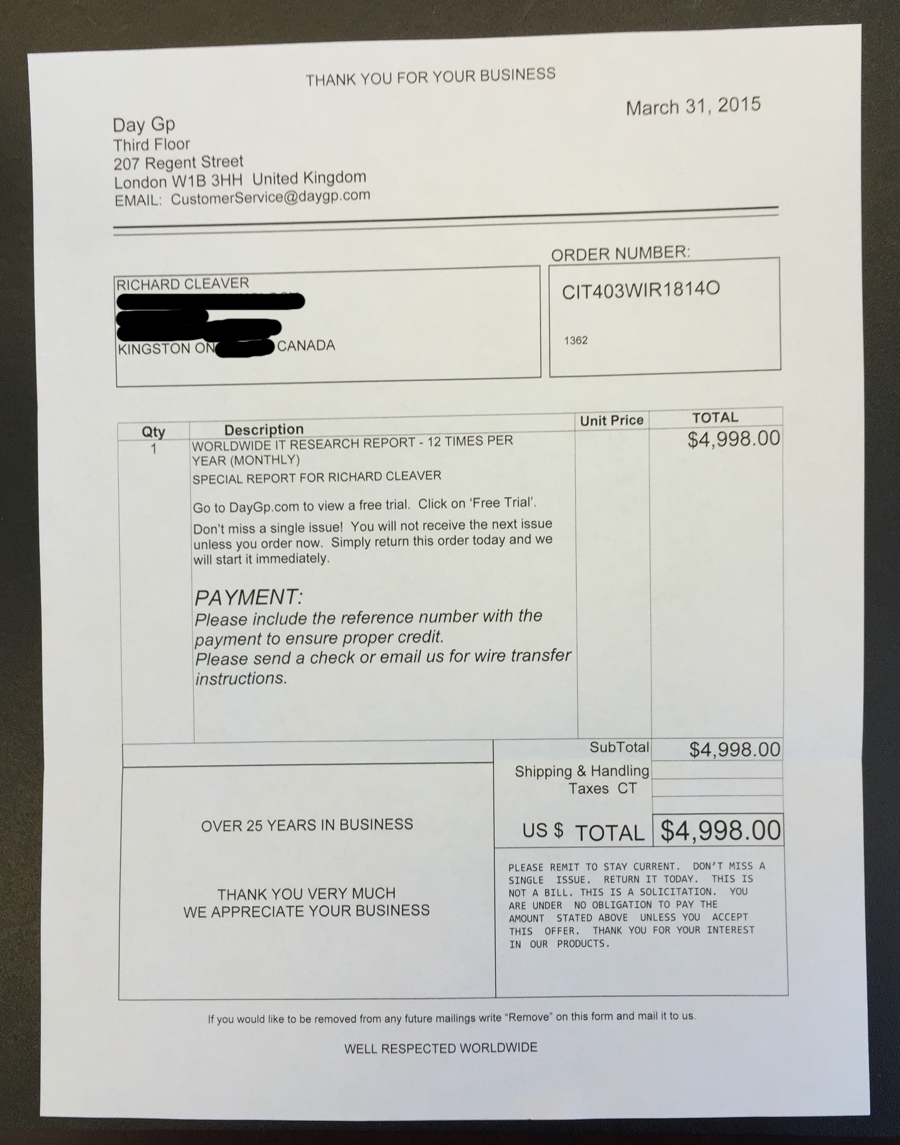 What a disgusting tactic.

If you read the fine print, what looks like an invoice contains the following statement:

This is not a bill. This is a solicitation. You are under no obligation to pay the amount stated above unless you accept this offer.

The Better Business Bureau has received complaints about The Day Group:

BBB files show a pattern of complaints alleging that The Day Group LLC mails solicitations that strongly resemble invoices to businesses throughout the U.S., as well as, to foreign countries, such as Australia and Scotland. The solicitations, which feature a London, UK return address, offer to sell The Day Group’s “WORLDWIDE IT RESEARCH REPORT” for $5,000. Envelopes in which The Day Group’s solicitations are mailed are addressed to companies’ Accounts Payable departments.

On October 8, 2013, BBB wrote to The Day Group LLC, advising that the format of the company’s solicitation did not appear to comply with federal regulations; specifically, Title 39 of the United States Code, Section 3001, which requires that the solicitations contain the following statement in 30-point type in boldface capital letters in a color contrasting the background:

“THIS IS NOT A BILL. THIS IS A SOLICITATION. YOU ARE UNDER NO OBLIGATION TO PAY THE AMOUNT STATED ABOVE UNLESS YOU ACCEPT THIS OFFER.”

On November, 15, 2013, J. William Day of The Day Group LLC responded to BBB that the required statement had been added to the solicitations; however, copies of subsequent solicitations provided by recent complainants show that the mandatory disclaimer is not in the required 30-point bold type.

April 2015 and they are still playing games with corporate Accounts Payable departments. And the mandatory disclaimer is not 30-point bold in a colour contrasting background.