A few readers of the blog have asked about whether I had a chance to tour Stanley Park. And the answer is yes. I did have a chance to drive through the park yesterday and I stopped to take a few pictures along the way.

I will eventually post some of the landscape oriented shots on flickr. What struck me most was the damage to the park.

On December 15, 2006 a major windstorm struck Stanley Park. Two hours of gale-force winds took down many large, significant trees throughout the park. More than 110 acres of the 600 acres of forested areas of park had virtually been levelled. Thousands of trees were uprooted, snapped in half or knocked down by other trees leaving broad swaths of debris, splintered trunks and upturned rootballs, some dozens of feet high.

Recent assessments suggest that more than 10,000 trees were lost in the storm and the restoration will cost upwards of $9Â million dollars.

Here are a couple of photos that show the impact of the damage from that storm. 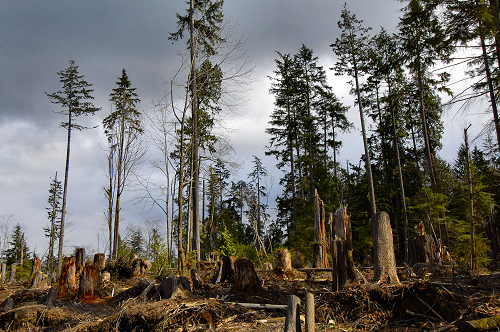 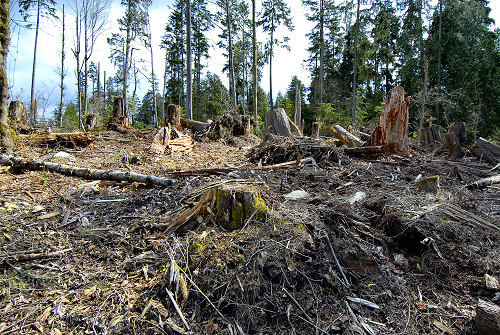 A reader wanted me to get a picture of the hollow tree.

The trunk, which is 20 metres in circumference, isÂ held up by cables, and the surrounding parking lot has been fenced off to keep the public fromÂ approaching. The tree is to be cut down. But I found a way to get close and personal with the hollow tree to get a picture of that stump. Fortunately it did not fall on me. 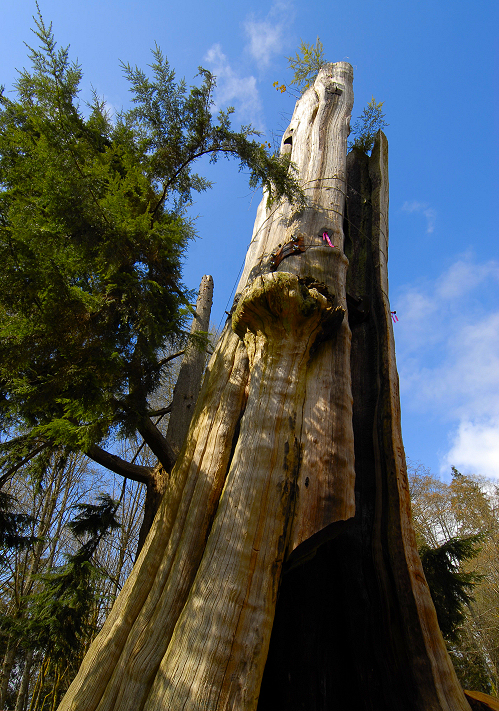 And finally, someone wanted me to post a picture of the totem poles. The totem pole display area at Brockton Point is the most visited tourist attraction in all of British Columbia. Likely the most photographed as well. Not much time to be artistic, so here was my capture in full daylight. 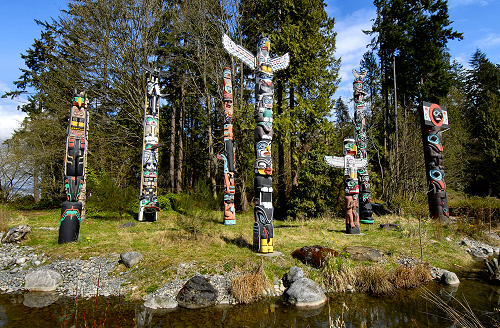