It has been a while since I looked at this list. An odd list really. The 100 Greatest Guitarists of All Time includes Ike Turner? Lots of amazing players did not make the list.

I came across this initiative from the Gibson Guitar homepage:

Welcome to Music Rising, an initiative developed by U2’s The Edge, legendary producer Bob Ezrin and Gibson Guitar CEO Henry Juszkiewicz to raise funds to replace the lost instruments and accessories of the musicians affected by the hurricanes that devastated the Gulf Coast region two months ago. “The devastation wrought by the hurricanes of 2005 to the Gulf Coast region has threatened not only the lives and livelihoods of the region”™s residents, but the area”™s rich and spirited culture as well,”? said The Edge. “Providing replacement instruments through Music Rising will not only help thousands of professional musicians affected by the hurricanes to regain a foothold on their future, but will also ensure that one of the Gulf Coast”™s greatest assets, its music, rises again.”?

I never stopped to think about the impact of hurricanes on musicians. I would view the loss of my own musical instruments as tragic. Aside from the monetary value, there is a sentimental value associated with each instrument. Then again, a new limited edition Gibson ES-335 would be nice.

I am constantly amazed at the type of instruments that beginners buy these days. When I first started playing, I bought a starter guitar, and then, as my talent improved, I moved up to a better guitar.

It is not just kids spending big dollars on a starter guitar. Baby boomers are taking up the guitar in record numbers and they do not shy away from spending money on the best instruments. According to Music Trades, guitar sales have almost tripled over the past decade, from about 600,000 guitars in 1997 to over 1.6 million units in 2005.

Collectors will spend remarkable sums of money on guitars. Christie’s held an auction in June 2004 for a set of Eric Clapton guitars. The top lot of the evening was Blackie, a black and white composite Fender Stratocaster that served as Clapton’s sole stage and studio guitar from 1970 till 1985. Blackie was sold for $959,500 becoming the most expensive guitar ever to have been sold at auction.

Here is a picture of Blackie, the million dollar Stratocaster:

A friend of mine was good enough to lend me a book by Allen St. John titled Clapton’s Guitar. I started reading the book last night and I have almost finished it this morning.

What an incredible read. If you have a passion for music and guitar, then get a copy of this book.

I had never heard of Wayne Henderson before this. Wayne is a talented guitar player as this mp3 shows and he is clearly a master luthier. Just not sure that I could wait ten years for an instrument.

Wayne Henderson’s shop is in southwest Virginia. Wayne doesn’t have a web site for his guitar shop. I do have his telephone number. 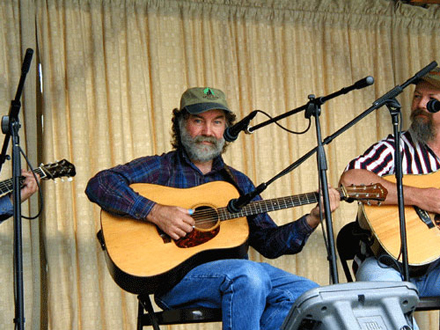 Our church completed the first year of its capital campaign program with a strong show of support. We held a reception at a nice country club in town and we had a great evening of celebration and music.

This was a moment to remember with my family. And a significant milestone in a project that I have been working hard on for the past year and a half.

My daughter was back from University and I also had the chance to play at the reception with my son on bass. What a treat for me to share this time with friends and family. And, for those of you able to spot the backline on my guitar rig, I did play through my Lonestar. Amazing tone. I love this amp. 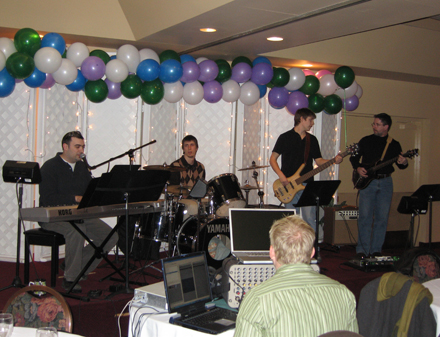 Some of you no doubt recall my acquisition of the ultimate performance guitar: the Nano guitar.

I received a number of negative comments about the Nano guitar when I tried it out in live performances. “The sound isn’t big enough” was the common complaint.

And the audience is always right. I commissioned the guitar luthiers at Jim’s woodworking shop to build me a guitar with a great big sound. They assured me that they could build me a big sounding guitar. Looking at the progress to date, I think they have gone too far. 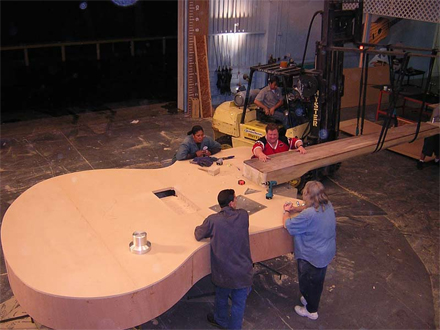 Not quite as tiny as my nano guitar although the Z.Vex guitar amp will fit in the palm of your hand. One of the readers of my blog uses this amp. And I just had to post a picture of it. You can find out more about the amp here. 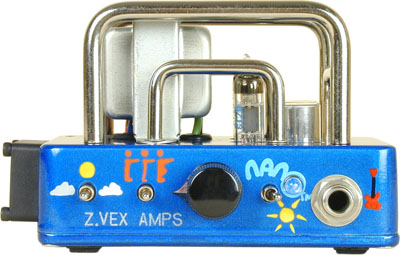 Sometimes simple things are hard to find. I went to a number of guitar stores looking for a simple amp stand. Something that would let me tilt my combo amp so that I could use the amp on stage and benefit from being in the sweet spot for monitoring.

This seems to be above and beyond the guitar shops around Toronto. “Why would you want to do that?” I was asked time and again. “Because I have my rig close miked and I want to be able to hear it. When it stands flat on the stage floor, it is pointed at my feet.”

Invariably, I was told to bolt on some Fender tiltback legs. Sorry. Not on my LoneStar Special. 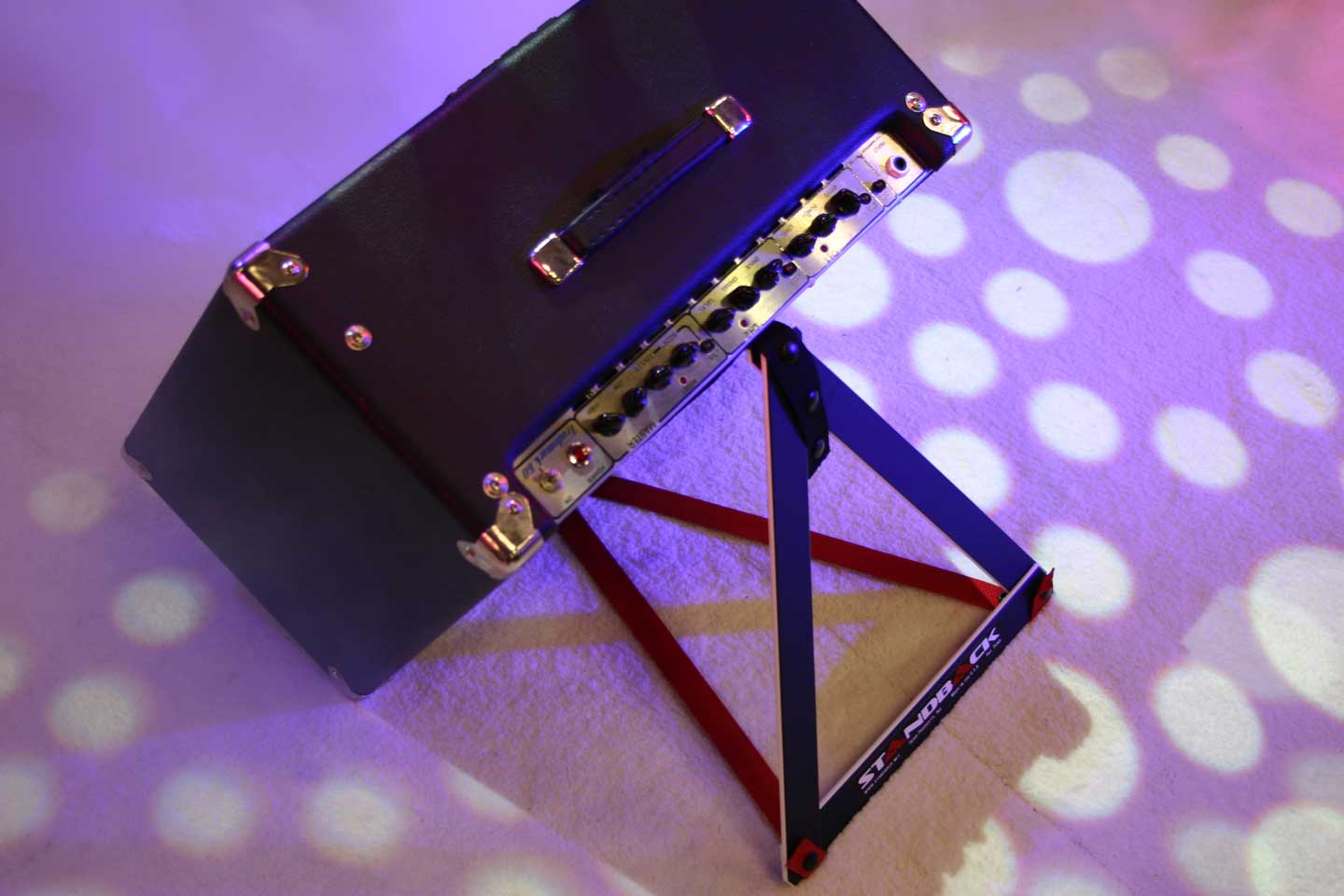