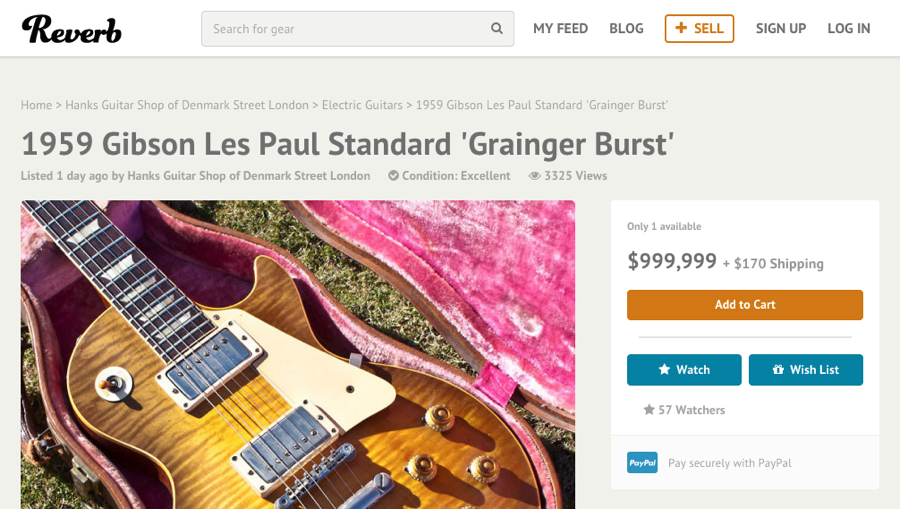 Reverb. A dangerous place for me to hang out.

Reverb offers the best variety of tools to buy & sell gear, and the lowest listing fees of any major site. As musicians and gear lovers, we work to foster a community and make Reverb the best place to purchase music gear online.

Well, let’s see what Reverb has up for sale these days, shall we?

A bit far to check it out at Hank’s Guitar Shop of Denmark Street, London. They do have a 1959 Les Paul Standard listed on their website but it doesn’t look to be the same instrument. The wood grain and staining is definitely different. But who am I to judge? I still think the dress was white and gold. 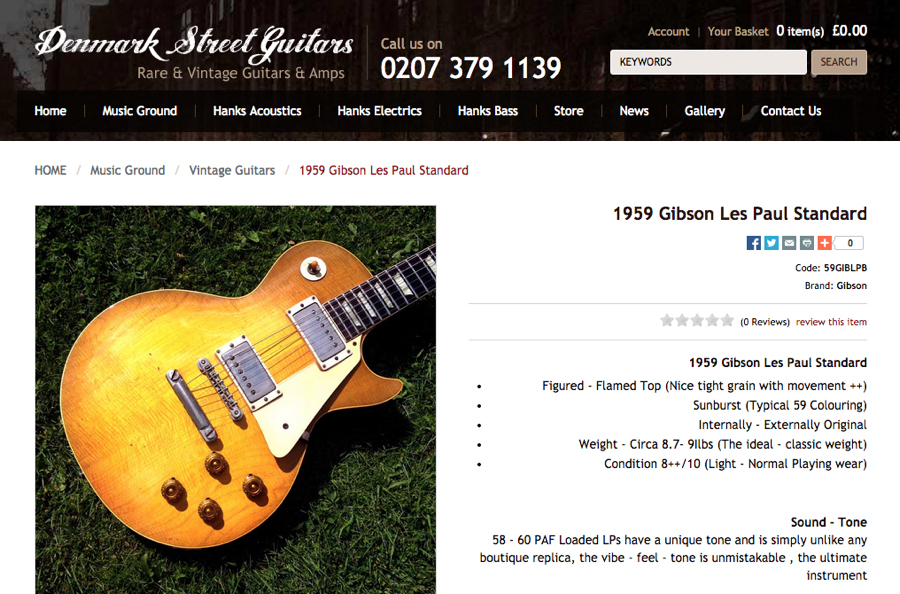 The guitarÂ was previously owned by Gary Grainger. Former guitarist for Rod Stewart.

I think a million dollar burst might be a tad high on the market. But then again, it won’t be the first one to sell close to that mark.

From Gibson’s take on the mystique of the 1959 Gibson Les Paul Standard:

Over the past decade 1959 Gibson Les Paul Standards have sold for anywhere from $50,000 for hard-worn examples to over $1-million for Peter Green”™s and Gary Moore’s legendary Holy Grail ”” the guitar Green used on Fleetwood Mac”™s early albums and that Moore also put to the test repeatedly during his fruitful career.