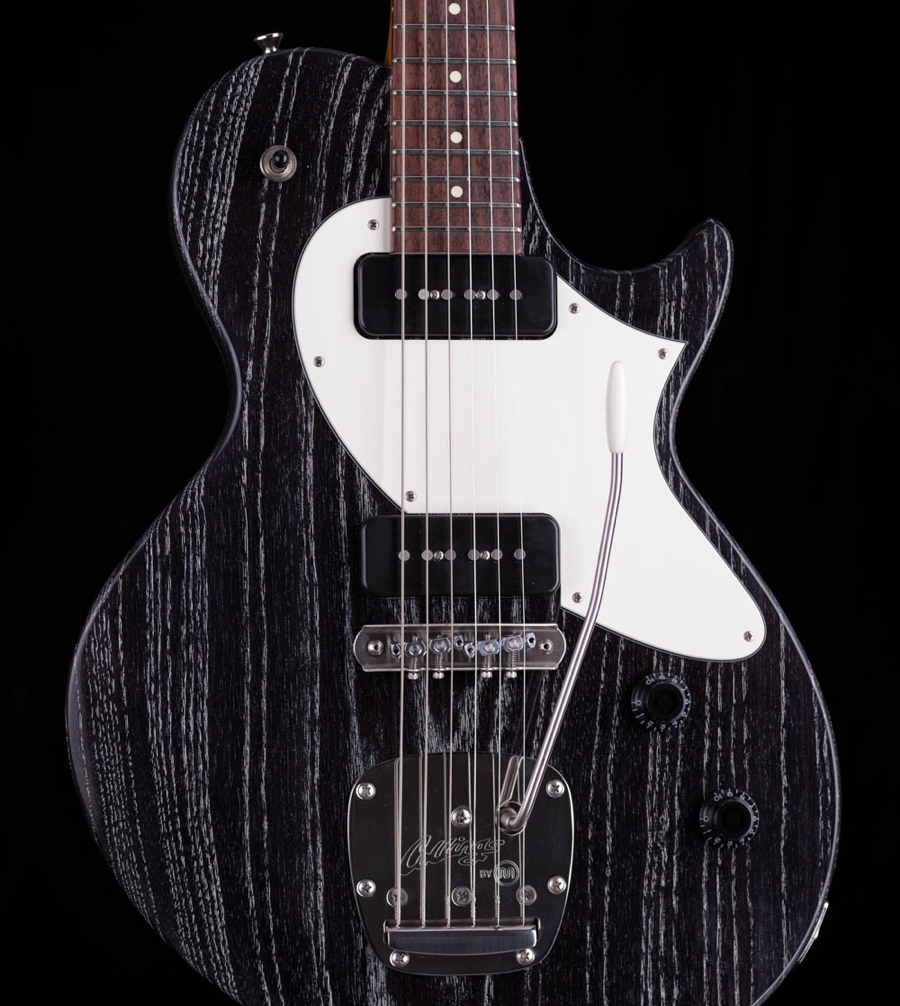 Back in April last year, I was complaining about a stunning guitar that I have as part of my collection: a Collings CL Deluxe.

I hardly ever play it. Why? Because the instrument is simply too polite. I’m not sure what else to say about it. Flawlessly hand built, it is one of the most wonderfully crafted instruments I have ever played.

But the tone? Only so so.

My 76 Les Paul has more character than the Collings CL Deluxe.

Last year I thought about dropping in a different set of humbuckers. I did not get around to doing so for a variety of reasons. And I thought about selling the instrument. On the used market, these guitars are selling wellÂ over the $5,000 mark. Clearly collectible. Perhaps worth holding on to this particular guitar more as an investment.

That said, I am now debating pulling out the Lollar Imperials and dropping in a set of ThroBak Pro-90s.

The pickups are described this way:

I’m still a bit hesitant to try the change. The pickups are expensive and I really do not have an option to try before I buy. And I am still feeling very guilty about leaving this instrument in the case. I’d love to take it out and play it.

I have a major event coming up in December. Maybe I should just get the Pro-90s and get the Collings outÂ for that event.

It was December 2010. I had an opportunity to add another guitar to my stable and I made the trip up to Lauzon’s Music in Ottawa. They are a terrific shop and they usually have a great collection of high-end instruments from Fender, Gibson and Collings.

On that day in the shop, I really wrestled with the choice between a Collings 290 or the Collings CL Deluxe (pictured above). The 290 was a basic guitar and it had incredible tones. The CL Deluxe was quite nuanced by comparison however it had an incredible build quality and overall feel between the hands and the neck. Perhaps it was the extreme difference in tone between the two guitars that led me to favour a more conservative sound.Â After several hours at the shop, I walked away with the Collings CL Deluxe.

It is without question an exquisite instrument, crafted to the highest possible standard.

I have another Collings guitar, an acoustic 14-fret dreadnought, the D2H. An incredible instrument to play and I always use it whenever I am playing acoustic. This particular D2H is the finest sounding acoustic guitar that I have ever played and I have played quite a few over the years.

My CL Deluxe, on the other hand, is hardly ever played. And I know why. It has too refined a sound for me that doesn’t seem to fit any of the styles of music that I play. Or perhaps it just doesn’t respond to the way I play. And now, after almost 5 years, I am really troubled having it in a guitar case. Unplayed.

Oh I have taken it out of the case several times. I’ve marveled at the fit and finish. The incredible neck. Then I start playing. The sound for me is refined. Way too refined. It just doesn’t fit with me.

A lot of players have swapped out the Lollar Imperials on the CL Deluxe for pickups like the Throbak ER Custom MXV PAFs. They are apparently “a full sounding, punchy, mid dominant P.A.F. with a pleasing high end.”

They also cost around $750 Canadian. QuiteÂ expensive to try out especially if the pickups won’t really change the conservative natureÂ of the instrument.

I am at that point where I think I have to either trade or sellÂ this instrument for another player to enjoy. It deserves to be played by someone. It does not deserve to be sitting in a guitar case.