Remember that it’s all invented.

That is how The Art of Possibility begins. And to illustrate the art, the book opens with the following story:

A shoe factory sends two marketing scouts to a region of Africa to study the prospects for expanding business. One sends back a telegram saying,

The other writes back triumphantly,

GLORIOUS BUSINESS OPPORTUNITY STOP THEY HAVE NO SHOES

I dropped into one of Indigo‘s bookstores last week. For whatever reason, if I go into a bookstore, I come out with way too many books.

I picked up a copy of Tim Fitzharris’ National Audubon Society Guide to Landscape Photography. Partly because the jacket promised a complete guide to landscape photography and partly because the images in the book are superb. Stunning.

I have read through the book several times now. And I am still awed by the quality of his photography.

Audubon‘s mission statement is to conserve and restore natural ecosystems, focusing on birds, other wildlife and their habitats for the benefit of humanity and the earth’s biological diversity. Perhaps they sponsored Tim’s book.

Regardless, I think his work is amongst the best landscape photography that I have seen. You can see some of his work at his website here.

His technique has given me a number of ideas. And although a camera is still just a tool, there is no doubt that a medium format camera can help an accomplished photographer in capturing an exceptional image. Many of his photos were taken on a Pentax 645 using Fujichrome Velvia film. 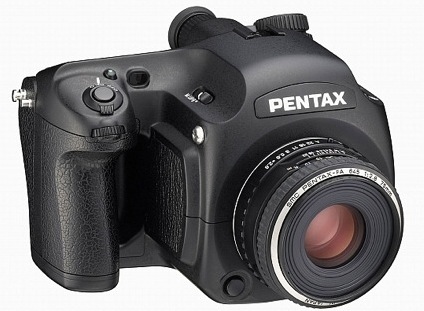 My reading list is broken out into the following categories:

Here are some of the books that I read in 2006. I read about 30 more books in addition to the list below and I also take in about 10 magazines a month. The web has become a significant component in my attempt to develop knowledge. I have not been tracking my reading on the web. But it is at least on par with the time I spend reading books.

I have noted the books I enjoyed most in italics.

If you are an avid reader and you are an obsessive compulsive then you will really like LibraryThing. The site is a great way to keep your reading list organized.

Douglas Coupland is one of my favourite authors. Although, after reading JPod, I’m not so sure.

I read his earlier work, Microserfs. The book was a catalyst for me to learn more about serfdoms and the reflection of serfdom in modern life.

Within Microserfs, there were stories of talented youth who believed in technology as a cause and the power of technology to transform and enrich. In the process, they were being exploited by a software factory called Microsoft. The main characters demonstrated values and integrity. They left Microsoft to form their own company. To change the world. To make an impact.

JPod is not like that. JPod is a depressing story filled with random nonsense and completely amoral individuals. Technology is presented as a way to divert focus from menial and unfulfilling cubicle jobs through Google and eBay and email.

One message is clear: a career in technology is a dead-end.

And another message is clear: we have become a society where the superficial is paramount. There is no meaning to life. There is no moral compass. There is just JPod.

The book made me angry. At times, where Coupland fills page after page with sequences of numbers, or three-letter Scrabble words, I asked myself why I should continue to read such nonsense.

And then I would receive another Nigerian 419 spam. And, to a certain degree, much of the high velocity information age and the challenge to focus on the substantive as opposed to the superficial, became quite clear. JPod is not some detached experience. It is surprisingly normal. I see it in my everyday life.

That was the source of my anger. That we have allowed technology and society to evolve along these lines. And that it has become normal.

I think it is time for me to read a different book.

I read a lot of books. And I buy a lot of books. One of my greatest personal pleasures is to browse through a bookstore. Lately, though, I have begun to realize that buying books at a bookstore makes no sense. Better to identify a set of books through browsing at a store and then buy them online.

To get free shipping you need to buy about $40 of product. Here are two books that I purchased recently.

The difference? $28.49. Almost the price of another book.

I purchased these books at a Canadian bookstore and I paid $97.24 in total after discount and taxes. If I wandered into a Barnes and Noble in the United States, purchased the same books using a member discount card, paid 6% sales tax and converted the total into Canadian funds, I would pay $79.84.

So many prices. Same books. Gotta be careful how much I pay. Such madness that the same product can carry a 30% or more price differential.

I often confuse doing with being. Perhaps because I spend most of my time doing things. Which is really not hard to do as doing seems to take an awful lot of time.

Benjamin Kline Hunnicutt in his book Work Without End had this to say:

Meaning, justification, purpose and even salvation were now sought in work, without a necessary reference to any philosophic or theological structure. Men and women were answering the old religious questions in new ways, and the answers were more and more in terms of work, career, occupation and professions.

As I have been reading Covey’s book, The 8th Habit, I have been giving a lot of consideration to his arguments about the disconnected work environment where we seem unable to engage people at the level of their passion and their voice. Joe Dominguez and Viki Robin in their book Your Money or Your Life offer this encouraging thought:

Is it any wonder that so many of us suffer midlife crises as we face the fact that our doing doesn’t even come close to expressing our being.

I wonder if Covey read their book.

I continue the journey of reading Covey’s The 8th Habit. In one week, I have successfully managed to complete two chapters or 24 pages. I usually read about 500 pages a week.

The first chapter spoke to the pain that many people experience in life. Unable to find their voice, they become frustrated and disenfranchised. The second chapter speaks to the problem. Covey puts much of the blame on our corporations:

We live in a Knowledge Worker Age but operate our organizations in a controlling Industrial Age model that absolutely suppresses the release of human potential. Voice is essentially irrelevant.

In essence, our society has placed a higher value on controlling and managing people as things rather than as a whole person. A whole person with heart, mind, body and soul.