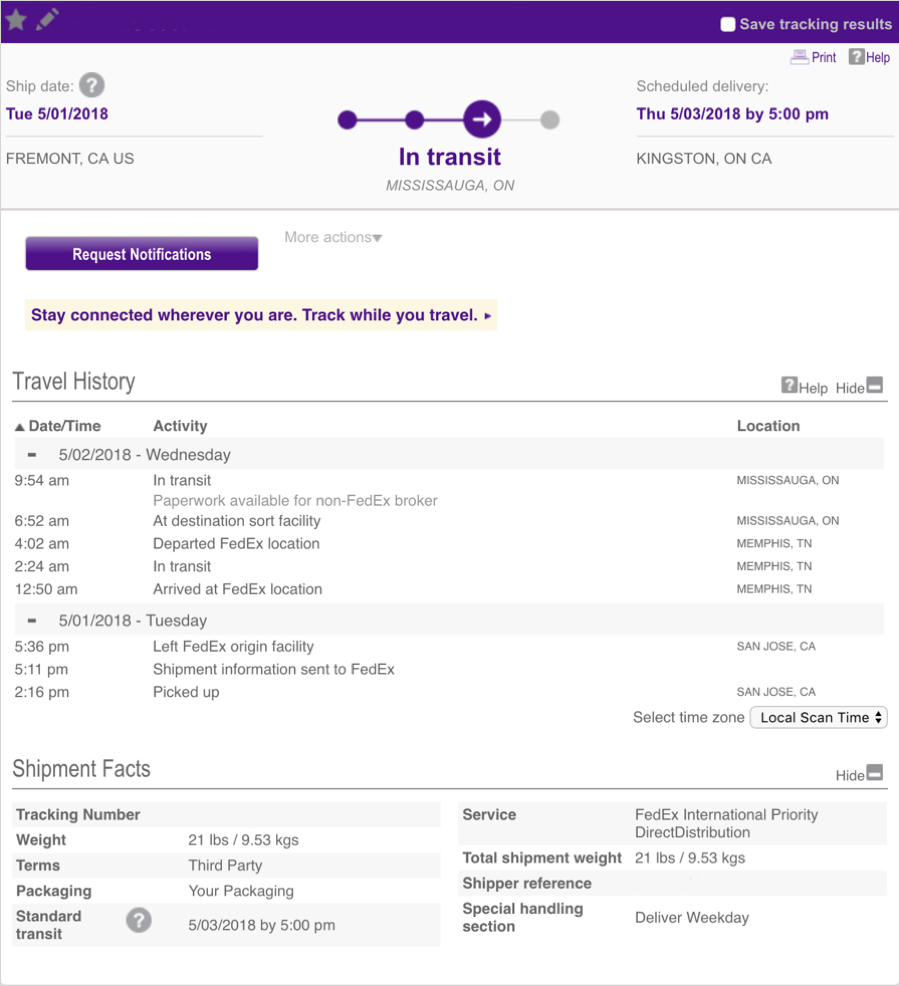 I had posted about a recent experience at Jump Plus here which pushed me to use an online retailer to replace my aging iMac.

I watched the order as it went through these various stages:

This particular iMac was a custom order and Apple had it ready to go in just a few days.

It was shipped yesterday from Fremont, California and it will arrive at my home in Kingston tomorrow.

Pretty impressive. I remember when it used to take weeks, even months, for an order from the U.S. to make its way into Canada.

Scott Galloway is a Clinical Professor of Marketing at NYU Stern School of Business where he teaches Brand Strategy and Digital Marketing to second-year MBA students and is the author of the Digital IQ Index, a global ranking of prestige brands’ digital competence. In 2012, Professor Galloway was named “One of the World’s 50 Best Business School Professors” (Poets & Quants). Professor Galloway is also the founder of several firms including: L2, a subscription business intelligence firm serving prestige brands; Red EnvelopeÂ [looks like they are now out of business], an e-commerce firm (2007, $100mm revs.); and Prophet, a global brand strategy consultancy with 250+ professionals.

He can also tear through 90 slides in 900 seconds. I caught his most recent presentation at DLD15: The Four Horsemen — Amazon/Apple/Facebook & Google — Who Wins/Loses.

He made a number of predictions including:

He also shared a heat map which attempts to associate socioeconomic status with mobile operating systems.

Scott literally tore through his presentation without barely taking a breath. I won’t give him too many points on the quality of his public speaking skills however his content was fascinating to watch.

Looks like the details around the Apple Watch will be delivered at an upcoming event on March 9th. The media has been invited to a gathering taking place at San Francisco’s Yerba Buena Center for the Arts.

Steve Jobs made some interesting observations at an industry interview last night.

“Apple was about 90 days from going bankrupt. It was much worse than I thought back then. I expected all the good people had left, but I found many of them still there, and I asked them, “Why are you still here?” They said it was because they believed in Apple.”

On the platform wars between Microsoft, Google and Apple:

“I don’t see it. We never saw ourselves in a platform war with Microsoft, and maybe that’s why we lost. We think about the competition, but we’re focused on building a better product.”

“It doesn’t matter very much. It’s not what’s important. It’s not what makes you come to work in the morning. It is a little surreal.”

“They decided to compete with us. We didn’t go into the search business! We want to create better products than them. If people like our products, we get to come to work for tomorrow. Just because we’re competing doesn’t mean we have to be rude.”

“The foundation of a free society is free press, and some of the newspapers are in real trouble. I don’t want to see us descend into a nation of bloggers. I’m all for anything that can help newspapers with new ways of expressing themselves and getting paid. We need editorial oversight now more than ever.”

On the future of PCs. They become farm trucks:

“When we were an agrarian nation, all cars were trucks because that’s what you needed on the farms. But cars eventually became more prevalent is people moved to cities. PCs will be like trucks…they are still going to be around, but there is a transformation coming, and it will make some people uneasy. Is it the iPad? Who knows? Will it be next year or five years from now?”

“I have one of the best jobs in the world. I get to come in and work with some of the most brilliant people in the world. We play in the best sandbox. We’re structured like a start-up. We’re the biggest start-up on the planet. And we all meet once a week to discuss our business…and there’s tremendous teamwork at the top and that filters down to the other employees.”

On his Stanford address:

“Probably I would just turn up the volume on it. The last few years have reminded me that life is fragile.”

Apple achieved a significant milestone today. They became the most valuable U.S. technology company with a market cap of $228.56 billion. They are now the second-largest U.S. company by market capitalization.

The Windows era is over.

The following clip is an excerpt from The Pirates of Silicon Valley. It highlights how Microsoft conducted business back in the good old days.

A lot has changed since then.

First, Microsoft is a dead stick company. Unable to effectively innovate or grow the business, it clings to its old monopoly model of imposing a tax on PCs. A tax that is called Windows and, more often than not, Office. In terms of the next wave of computing, Microsoft is simply not a material factor. Microsoft does not lead or drive the market. Other competitors have moved in.

What is interesting is that the same techniques Microsoft used in the 1980s to dominate the PC industry is now being used by Google to dominate the 2010s. Google is playing hardball with its competitors and Google is winning.

When Schmidt joined the board of Apple in 2006, he made the following statement:

“Apple is one of the companies in the world that I most admire,”? said Eric Schmidt. “I’m really looking forward to working with Steve and Apple”™s board to help with all of the amazing things Apple is doing.”?

Or was there a different motive?

Google”™s VP of Engineering, Vic Gundotra made a particularly arrogant statement about why Google created Android:

If we did not act, we faced a draconian future. Where one man, one company, one carrier was the future.

Lots of negative perspectives, like this one, concerning the iPad. You also get this type of noise from Gizmodo. Makes you wonder why anyone would even bother making a tablet. Clearly, there is no market.

Looks like it is time for me to upgrade my Windows machine. Easy enough. Just follow the table below. 64 something or 32 something and “Custom Install” or “In-Place Upgrade”.

Custom Install is another way of saying a complete rebuild and reloading of all apps and data. Lots of Custom Install options. And my environment will fall under that option. Oh what fun. 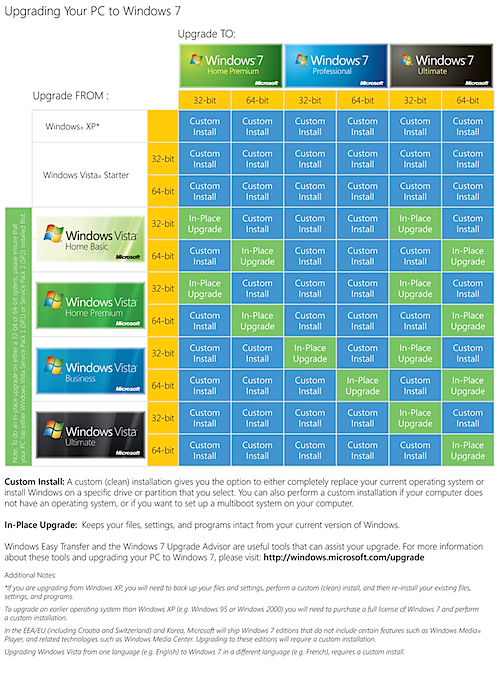 The table for upgrading my Mac to Snow Leopard is a bit different. But then, that is the joy of owning a Mac. 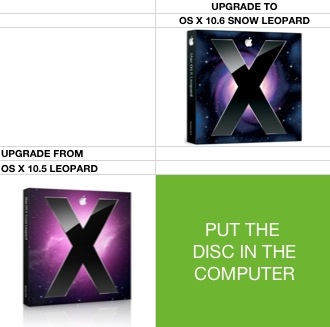