Most of my spare time and energy has been focused on the upcoming concert. It runs on Saturday evening. It has been a significant effort.

The rehearsals have been going really well and with two rehearsal sessions remaining before the event, most of the work is on the transitions with the multimedia portion of the program. By and large, we have conquered the charts.

Last year’s event was quite successful and we are hoping to build on that presentation. We have a great venue, an excellent sound system, better lighting, more multimedia and a very strong team of musicians and technical crew. Very excited about the concert itself. But I have to say that I have thoroughly enjoyed pulling all of the details together along with the rehearsal sessions. It is such a treat to play with a group of talented musicians. 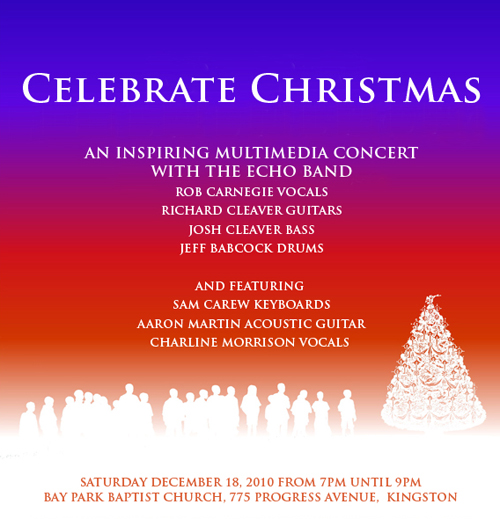 I know this to be true. Why? Because virtually all of my spare time is being applied to an upcoming Christmas concert scheduled for December 18th.

Christmas tends to be a crazy time of year with a lot going on. I don’t make things any easier by producing a concert right in the middle of the season. Having said that, I am quite looking forward to the event. 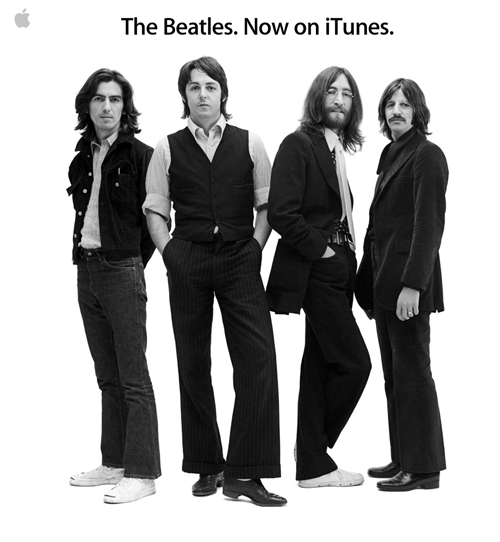 The family and I went out to dinner last night to celebrate. The Yahweh project took several hundred hours to track and mix and it is always wonderful to have the work recognized by peers. Trevor is a dear friend and I am so happy for him and the rest of the creative team.

A few more photos to share with you from our day at the Musical Instrument Museum. Appropriately, the museum begins its presentation with guitar. 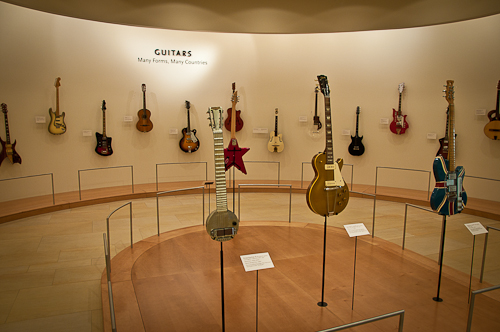 A number of contemporary electric guitars, including the Fender Stratocaster, were on display: 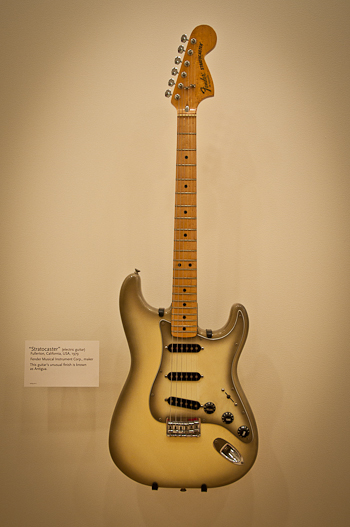 Also on display were instruments used by famous players. Brownie, used extensively by Eric Clapton, and the piano used by John Lennon to write Imagine: 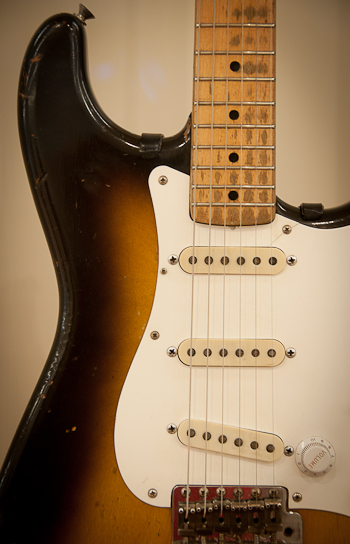 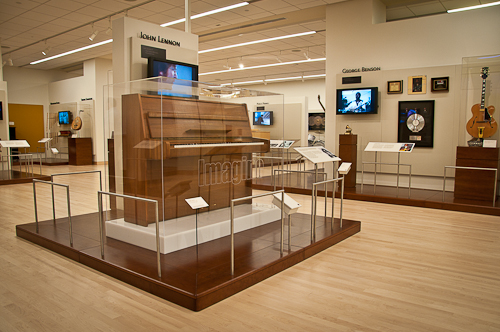 And a few additional random images. I took hundreds of shots in the museum, far too many to post. But suffice it to say that if you are ever in the area, this is one museum that you should see. 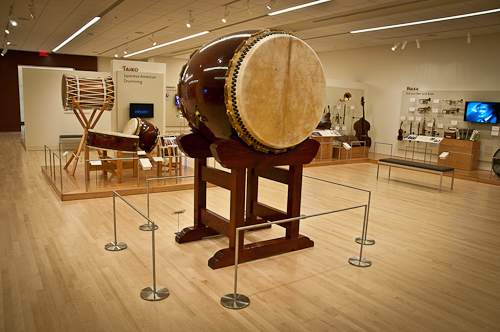 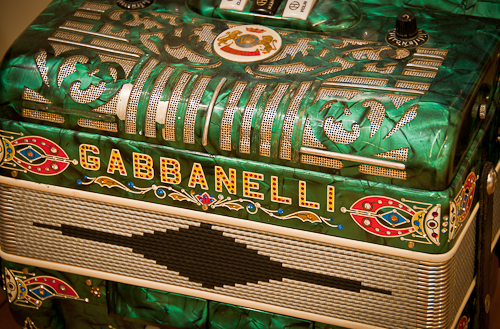 We started out our week by touring the Musical Instrument Museum. What an amazing place. Easily one of the most beautiful and engaging museums in North America.

This post will share a few of my photos of the architecture and the interior design. I will post another set of photos which highlights some of the more interesting and special instruments on display. 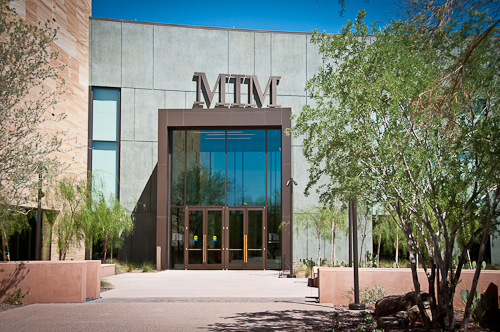 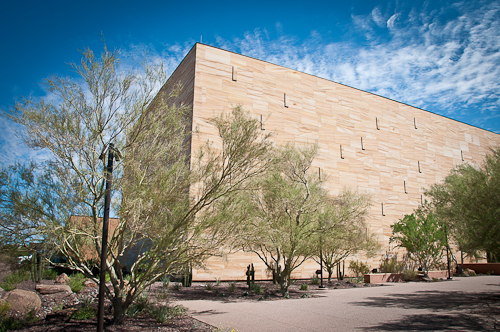 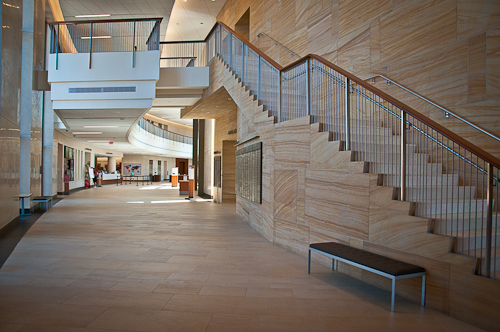 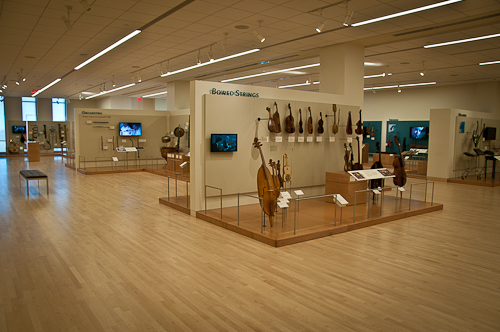 We played a concert last night and the sound system included a 32-channel Allen and Heath GL2200.

The schedule was very tight yesterday and I did not have much time to get the system ready for the FOH operator — which in this case was my wife. I went through the line level checks. Two snakes, a few dead channels, the usual stage chaos of which cable terminates into which channel. Getting the band up and running and then doing a very quick pass on channel processing and monitor sends.

I told my wife that the major task during rehearsal would be tuning the monitors for the talent.

All during the rehearsal and also during performance, something strange was going on with the monitors. And it did not dawn on me until too late.

The sound system installer had configured all six aux sends as post-fader. Which means that as the FOH operator is making level changes, the monitor changes volume. When we started playing, my electric guitar in the wedge was way too hot. And the volume off the wedge was up and down all night. The drummer, who was using an in-ear monitor as we were playing to clicks the whole evening, was also having issues with his monitor levels.

Looking more closely at the aux send section of the board and you see the following:

Pressing the little button under Aux 4, the one marked “PRE”, would have solved all of our monitor issues. Too many things going on and I missed this one in the setup.

Listening to the recording after the concert and it did not matter. The band sounded terrific.

Trevor was in town to host a Compassion Canada presentation at our church. Although I do not serve as part of the technical team, I was asked if I would be willing to run sound for the two services on Sunday. And I am so pleased that I was able to serve Trevor and the Compassion team. Both services were powerful reminders of the plight of many children in the world and the opportunity we have to sponsor a child and make a difference in their lives. We took out a sponsorship on behalf of our youngest son.

Joshua and I spent Saturday afternoon preparing the environment for Trevor. We then spent most of Sunday in terms of load-in, sound check, services, tear down and a late lunch with Trevor, Brad and Andy. Great friends and a special time to get together.

I brought my own direct boxes, microphones, monitors, interconnects. I tried to bring in a proper sound system for the event but I was too late for booking. Summer is a busy time for the audio houses. The system at the church is very, very rough. I was able to get the job done but I’ve never had to “fight” with a sound system to try and wrestle out a decent sound like I did with this one. Joshua did a great job on the multimedia component and we made all the cues and transitions without a blip.

A very powerful and moving morning. I know Trevor often drops by the blog. Trevor, you are amazing! Well done.