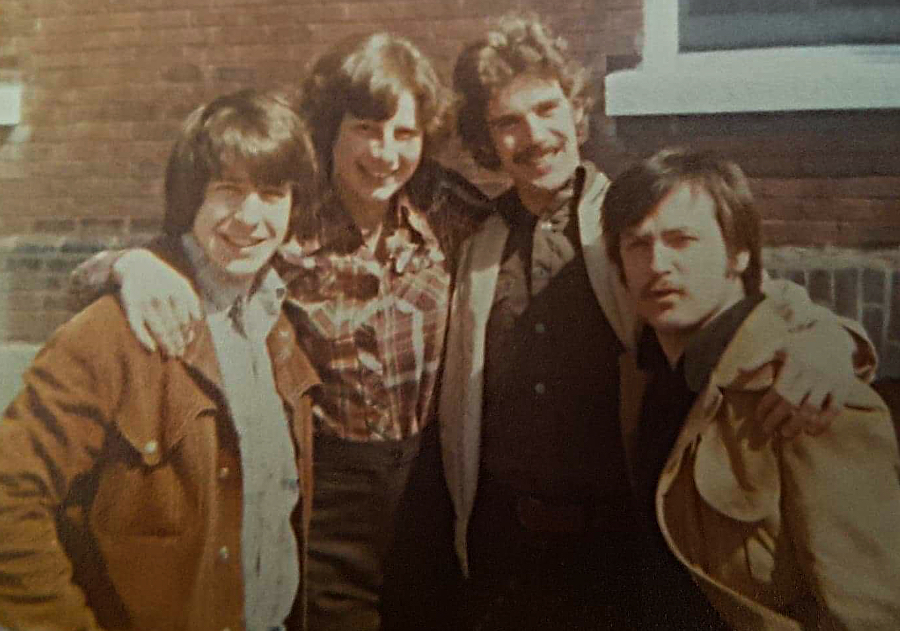 A friend passed along this shot of Lorraine and me way back in the seventies.

Man, look at all that hair! 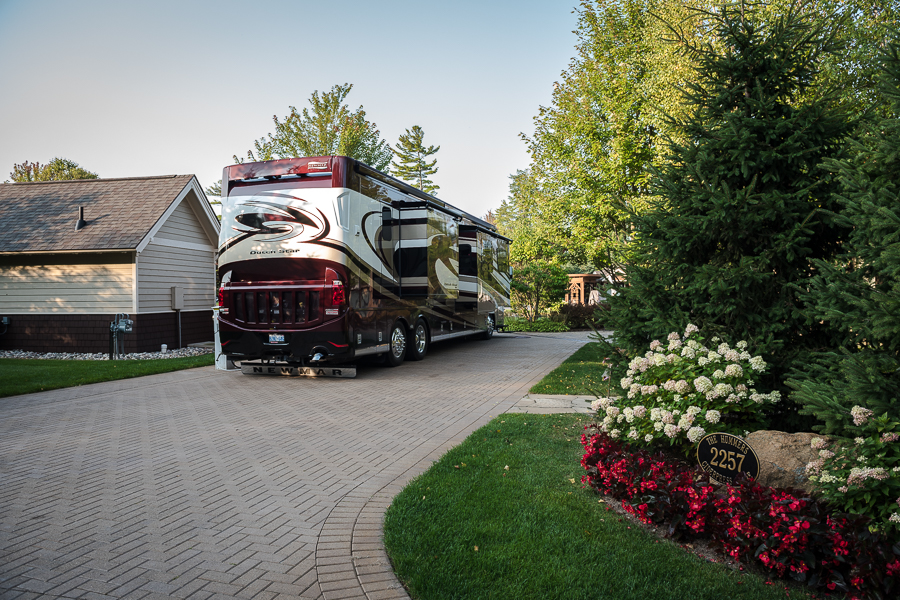 In just a few weeks we will be moving into our home on wheels. The picture above was taken when we last had our coach out back in September of 2017. It has been just about a year of waiting since then.

The coach becomes home for us late September. We’ll be in Canada for about six weeks or so and then we will head south for the winter months, from November to April, travelling down to Florida and across to California. We will cover roughly 7,000 miles or more during that time.

Really looking forward to this adventure.

After years of planning, we are almost ready to go.

You can follow us on that journey at our travel blog: rvcastaways.com 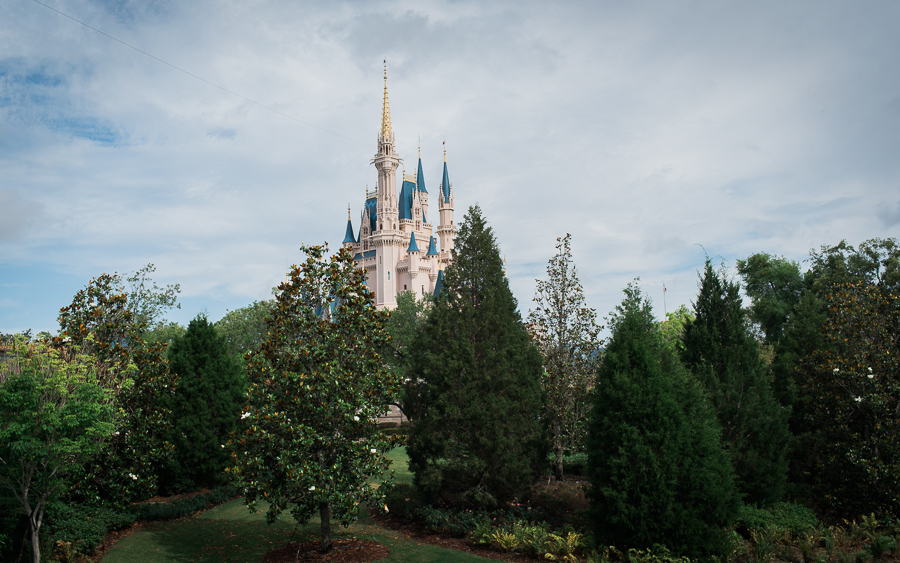 Retirement is just 17 days away now.

We have been planning for this moment for a long time. There are other perspectives about the retirement years and it does not look like it’s all Walt Disney World.

Some of them make for fun reading.

Chuck Underwood, founder of consulting firm The Generational Imperative in Ohio, said what’s not to like: “Most retirees badly underestimate the severity of the impact of awakening each day without a major purpose. Retirees who feel grandparenthood, volunteerism, travel, and just ‘relaxing’ will fill the purpose void consistently learn this hard lesson: for decades, their jobs have guided their entire lives, claimed the most vital eight hours of their weekdays, and been the source of most of their thinking. For decades.”

So what happens when the purpose provided by work is gone. Said Underwood, “The thought that fills the void is, ‘My life has lost its greatest purpose, I am aging, and I’m on final descent toward death.'”

Some retirees plummet into depression. Many develop opioid habits. Others drink too much booze. That’s not what any of them had in mind as they contemplated an end of work. But those grim realities are indeed all too real for many.

It’s one thing to be financially prepared for retirement, but don’t discount the mental upheaval that might ensue once you leave your career behind you. Though many seniors look forward to the downtime they’ve been missing during their working years, you may come to find that your newly unstructured existence throws you for an emotional loop. In fact, according to the Institute of Economic Affairs, retirees are 40% more likely to suffer from clinical depression than younger Americans are, and a big reason has to do with that loss of purpose, so to speak, in life.

Retirement is a huge lifestyle change. For many of us, work is a big part of our lives and identity. It is important to think through how you will spend your free time and what your aspirations are. I suspect many people postpone retirement because they have not taken the time to think through this important transition in their lives. As such, they continue to work as it is what they are comfortable with and all that they have ever known.

It goes on of course. If you follow this line of reasoning, you would never retire. Too scary.

I have a sense that governments, anxious to keep people paying higher levels of taxes as long as possible, attempt to create a narrative that, in effect, says that it is better for people to work longer, much longer, than the traditional retirement age of 65.

For the record, I will be 61.8 years old at retirement. I’m able to retire a bit earlier than the average private sector employee thanks to defined benefit pensions and a decent investment portfolio.

I have thought about the social, emotional, physical and financial aspects of retirement. Being a goal-oriented person, I have certainly put a lot of thought and effort into each one of these areas throughout my life.

I’m looking forward to a wonderful stage of life in retirement with Lorraine.

The starting gate is just around the corner. 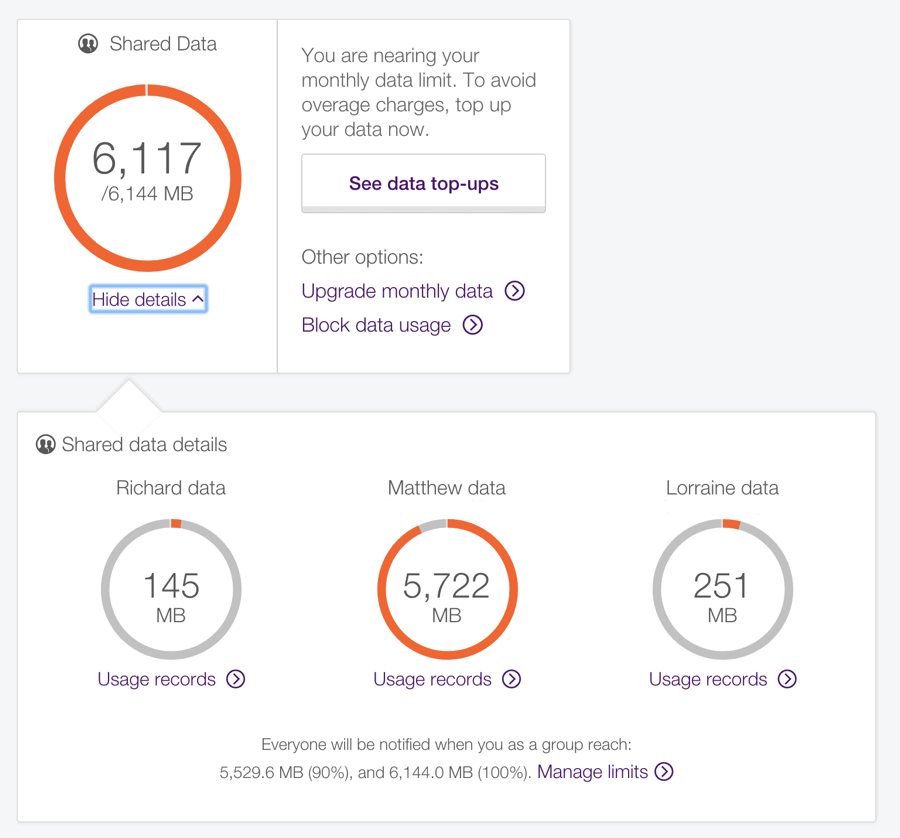 And here I thought I was a heavy user of my smartphone. 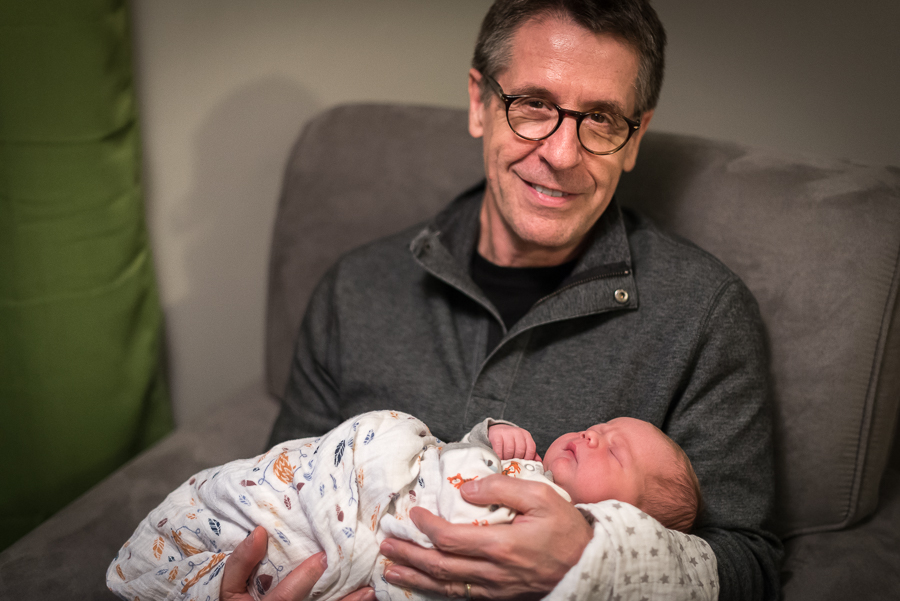 A wonderful addition to our family arrived last week, our third grandchild.

My mother-in-law passed away a few weeks ago. A wonderful person whom I will really miss.

Her memorial service is this coming Saturday. We have been asked to play at the reception that follows the service. When I say “we”, the bandÂ is a trio: myself and my two sons.

Somewhat challenging to build a setlist for such an event, particularly when my sound isÂ very much on the contemporary side of things. No vocals so the covers will all be instrumental pieces. My part will be covering the melody lines with a bit of improvisation here and there.

This is what we are going with:

Yes. They are all hymns. However, we are playing contemporary arrangements and supplementing our little trio with percussion, strings, keys courtesy of MultiTracks.

The video below shows our setup for the date. 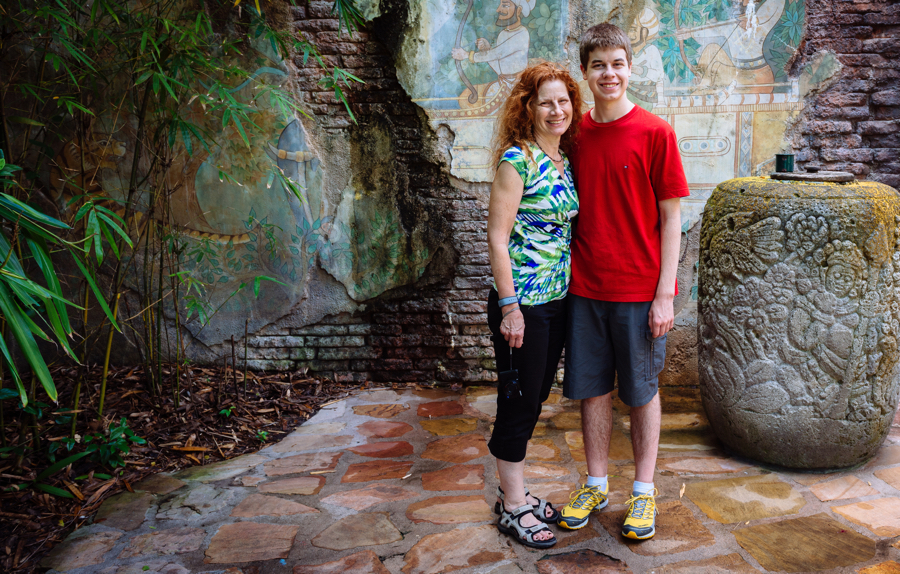 It’s official. Our last child is on his way.

Matthew heads off to University tomorrow morning. I am both happy and sad.

Happy because of the joy that he brought into our home and into our lives.

This was tough when my daughter left home. And it was just as tough when my oldest son left home. They were both boomerang kids, they returned home after their University years as they made their transition to becoming fully independent adults. It was nice to have them back home again for a few years.

I’ve told Matthew that there won’t be the same opportunity for him to boomerang. We will be retired when he finishes his degree and we will be travelling.

He will always be welcome to stay with us of course. There will always be a placeÂ for him in our travels. But my sense is that he is very keen to find his own way in life.

An amazing young man with so much promise.

His leaving home is a major milestone in life.

This part of being a parent is not easy.

From a recent chat with Lorraine:

Ok. So do we just use this one with the back backer or do we use the old bracket off the old projector

Hmmm… what is a back backer?