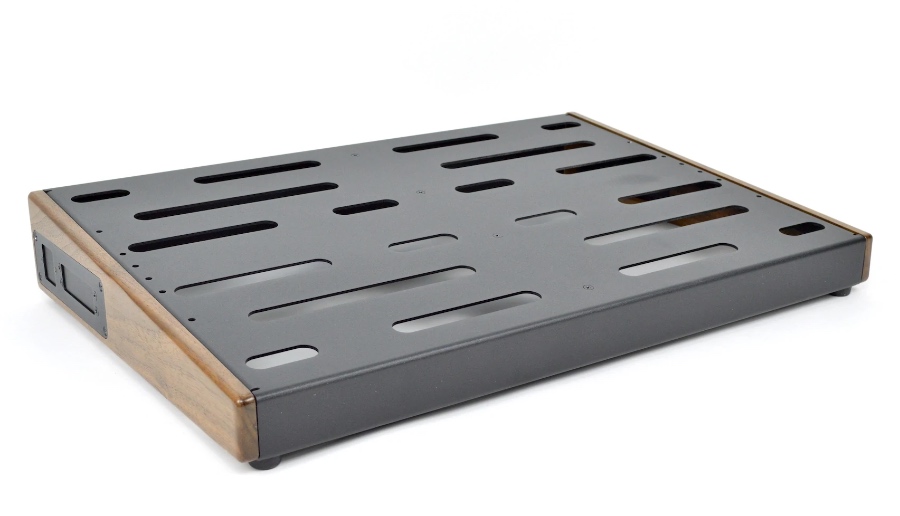 This would be the platform for the new pedalboard build: a Creation Music Elevation V2 24″ x 16″. Included with that board would be a module with 2 XLR outs on the one side that I would build myself, a module for connecting AC power and a module for the guitar input on the other side. I would build that latter module myself as well.

I wound up purchasing the board new from a Canadian dealer on Reverb as I didn’t want to wait the 4-6 weeks to receive it direct from the company in the states. It came from the Music Room in Dunnville, Ontario. They were very helpful in terms of sourcing the additional components from Creation Music as I added in the AC module and a case for the pedalboard.

How much did it cost?

The pedalboard, including taxes and shipping, set me back $445.22 Canadian.

The case, velcro overlay and AC module added another $357.22 Canadian.

But the cost for this new pedalboard build was just beginning.

Fortunately I was moving from this old pedalboard: 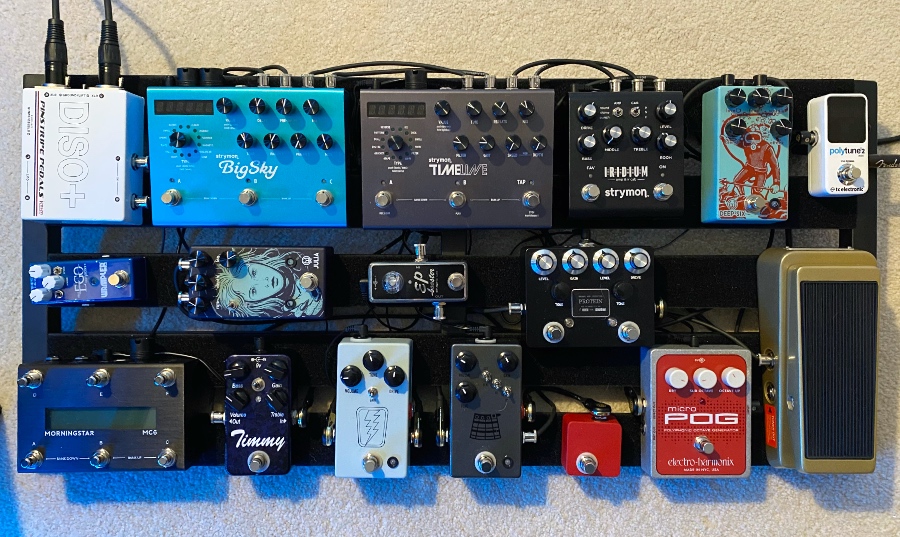 I had most, but not all, of the pedals I would need for the new build. That would save me some money but towards the end of the series on this pedalboard build, I will include all of the costs including the pedals. It may surprise you just how expensive it can be to build out a platform for electric guitar.

Anyway. See the Morningstar MC6 in the bottom left corner of my old pedalboard? That one was going to be replaced with a new looper/MIDI controller.

And there was quite the drama associated with ordering the replacement.