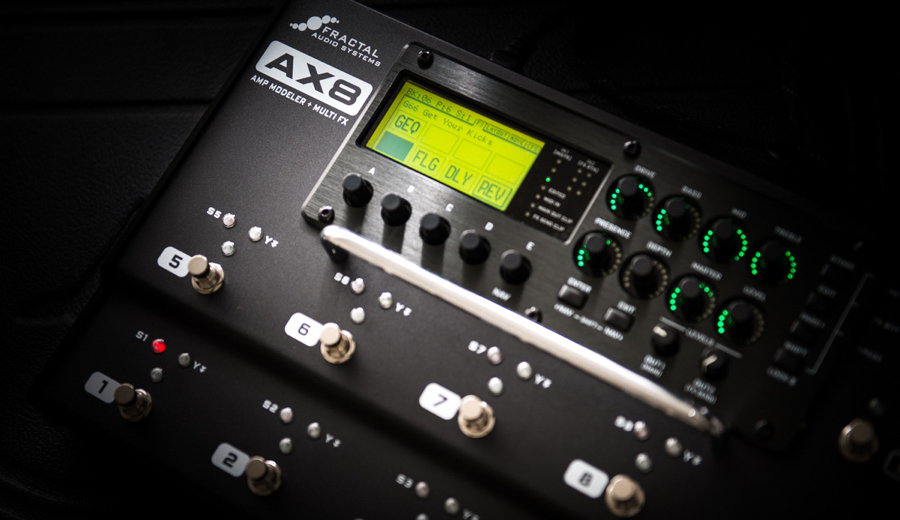 That leaves me with two amps: the Swart STR Tremolo and the Swart AST Mk II head and 1×12 cab.

With retirement, downsizing and a focus on travel for the next few years, carrying all of these amps really made no sense which is why I sold most of them.

Getting older comes with its own set of challenges. Hauling around heavy amps and heavy pedalboards being one of them.

I have always been a tone snob. As far as I was concerned, tube amps were the only way to get a great guitar sound. I found the early digital modellers, like the Line 6, to be less than satisfactory. Some players I knew were able to get some great results from that class of technology but it wasn’t for me.

And then the community of guitarists that I hang around with started jumping into modeling. Specifically the Kemper platform.

I’ll be south during the winter months travelling in a 40-foot diesel coach. Although the coach offers a lot of living space, given the form factor, I have to travel light.

Modellers like the Kemper promised great sounds and portability.

I struggled to get “the sound” I was looking for from the Kemper rig.

I purchased thousands of profiles trying to find a few gems in what appeared to be a large pool of mediocre tones. I ditched my pedalboards and went all in with the Kemper for about a year.

I gave it a chance.

The Kemper just didn’t work for me.

It also grew in size and weight.

By the time I added the rack case, the Kemper remote, and a bunch of external pedals, I had a rig that was pretty much the same bulk as my smaller amp rigs.

I sold the Kemper and bought the Fractal AX8.

The software side of the Fractal was significantly ahead of the Kemper.

I came across this post: Why I Bought a Modeling Rig and Why I Didn’t Go Kemper.

Having made the move to in-ear monitors, I don’t miss the “amp in the room” sound. The tones from the Fractal are consistent stage-to-stage relative to an amp, the amp models and effects are pretty easy to tweak and even with some limitations on the CPU, I find that I am so close in tone to what I had been using before with my amps that the few drawbacks are pretty insignificant.

Plus I can carry a guitar, the Fractal and a small gig bag without breaking my back. Setup and teardown is a snap. I don’t worry about tubes going microphonic and I don’t worry about being too loud on stage. I rarely play gigs where I am not being mic’d through a system. And, whenever that does happen, I pull out one of my Swart amps.

I use the Fractal for everything now, even my jazz playing.

It sounds great to my ear and I can take it with me wherever I go.

But I will still keep a couple of tube amps.

NorwayRetirement One Week In
Scroll to top