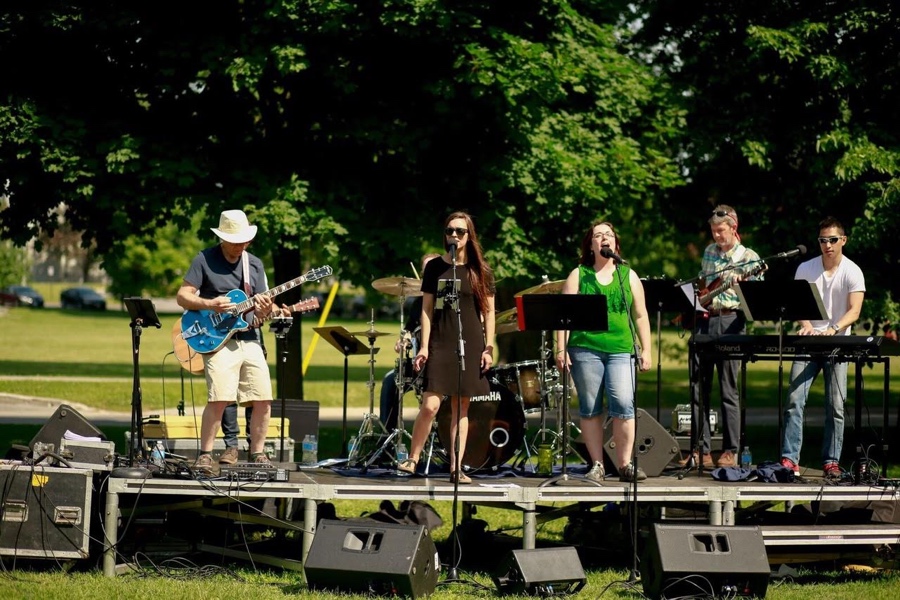 Good thing I brought a hat.

We had a beautiful day with a large group of people in one of the main parks in downtown Kingston. The stage was out in full sun which really messed with the tuning on my guitar. Every moment I was not playing, I was tuning.

I used my Fractal AX8 digital modeller and my Shure wireless in-ear rig. Everything worked flawlessly.

Especially on a small stage. With the Fractal, I don’t have to worry about an amp being too loud for everyone else in the band. Direct to the FOH and let the sound person set the levels.

The iPad, which you might make out on the leftmost side of the picture, controlled my monitor mix to my in-ear rig.

Even though I was only a few feet from the drummer, I could barely hear him. Not sure if that was a good thing. I love his drumming.