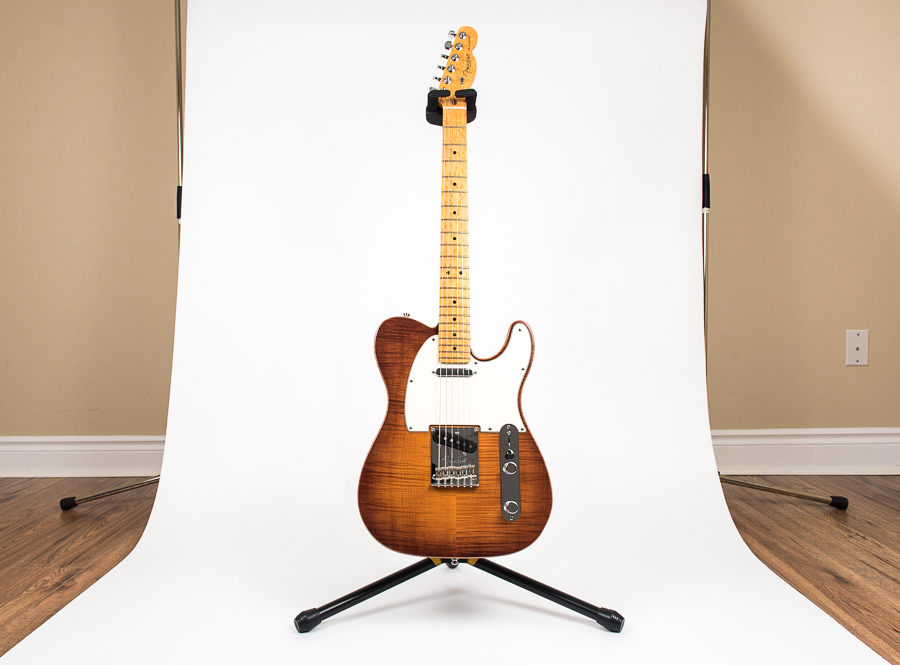 Another guitar, another day selling stuff on Reverb.

I have sold a lot of gear on Reverb and for the most part, the experiences have been fine. Some encounters are a tad unusual and humorous. Like this one.

I had offered a Fender Select Tele for sale. Beautiful instrument. Very lightly used. This was one of the shots I had taken of the instrument for the listing: 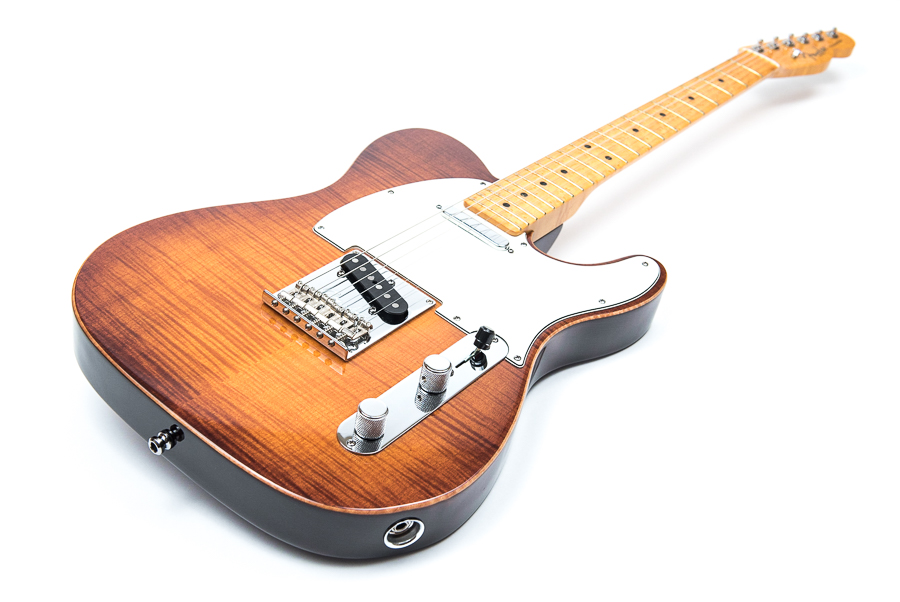 Most of the buyers are from the United States and they are not always aware that Canada is a sovereign country. Canada is considered to be another state, at least as far as things like border control and customs protocols.

Here is the exchange: 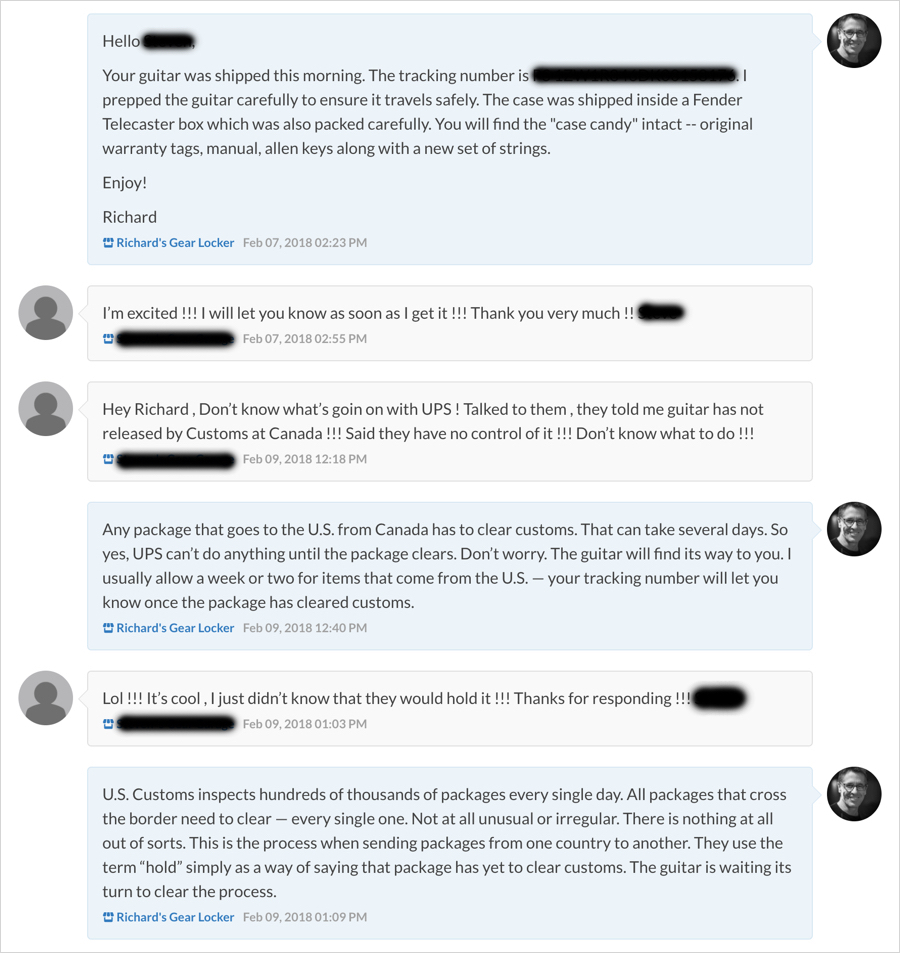 The guitar shipment to the buyer was being processed by U.S. Customs, not Canada Customs. And they do that for all incoming shipments that cross the border. Primarily to ensure appropriate duties and taxes are levied as well as preventing the entry of prohibited items. All very routine. True of anything that comes into Canada as well.

I’m not sure why UPS did not just inform the buyer that yes, the shipment is on hold pending customs clearance, but it will proceed once cleared. The buyer seemed completely shocked: “Said they have no control of it !!! Don’t know what to do !!!”

I had a bit of chuckle. So many things outside of our control and often we tend to panic when things don’t go our way. He received his beautiful new guitar in due course. Unfortunately it was weather delayed in transit after it had cleared customs so it took a bit longer than normal for U.S. bound shipments from Canada. But it got there nonetheless.

We have become accustomed to next day, or in some cases, same day delivery from services like Amazon. Crossing the border still takes time. Better now than it was but still time consuming due to governments and borders.

I now make a point of letting a U.S. buyer know that the item will have to clear customs and it may take a few days.

Not to say that I haven’t had similar challenges in terms of delays in shipments to Canadians. Another interesting encounter on Reverb to come.