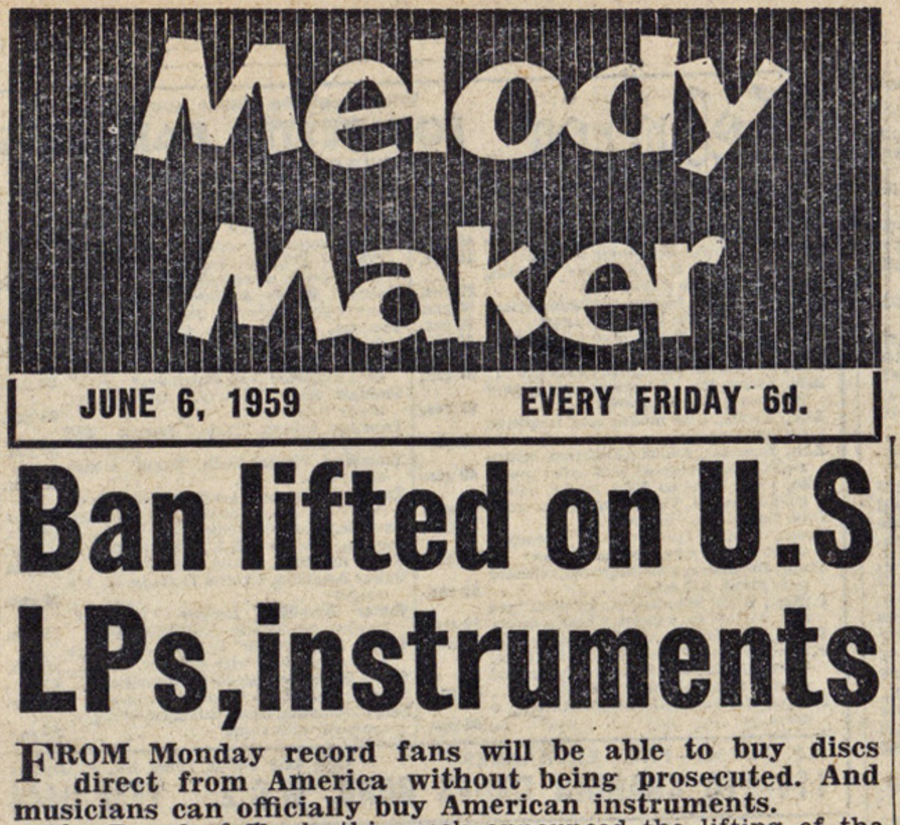 From the end of World War II until 1959, there was hardly an American electric guitar to be found in Britain. I had always wondered why so many European bands played guitars like the Hofner Club 50 pictured below.

Following the end of World War II, the British Board of Trade controlled imports to try to improve the UK”™s balance of payments, a politician”™s term that means the wealth of the country measured by comparing incoming and outgoing costs. The government”™s main objective was to secure what they saw as necessary savings in the UK”™s overseas spending, in order to reduce the growing dollar deficit.

The broader restrictions of the early ”˜50s applied primarily to food and drink imports, but among the restricted manufactured goods were musical items, namely gramophone records, harmonicas and their parts, musical boxes and their movements, stringed instruments (including guitars), wind instruments (not including organs), and some organ parts.