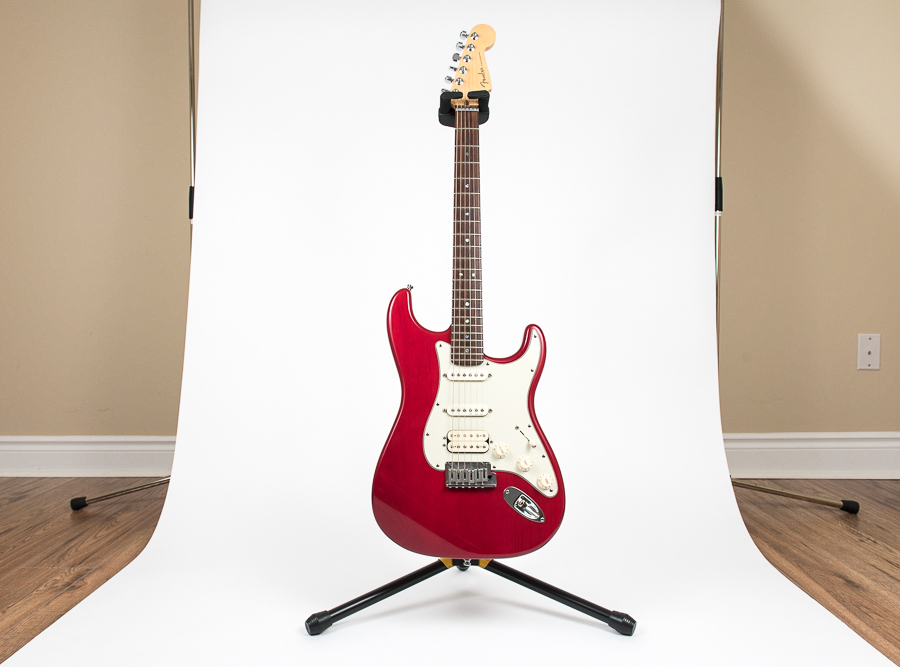 Coming up soon now. Just a tad over three months.

Lorraine and I did a lot of downsizing when we sold our house. And part of the downsizing required me to thin the herd. The herd of guitar and recording gear.

I have sold a lot of equipment since we downsized. And I have more to sell.

The process has been interesting to say the least. Being a bit of an avid photographer, I took the time and effort to create some wonderful shots of the instruments I was selling, like the red Strat pictured above.

Here is what one of the shots looked like from my listing on Reverb: 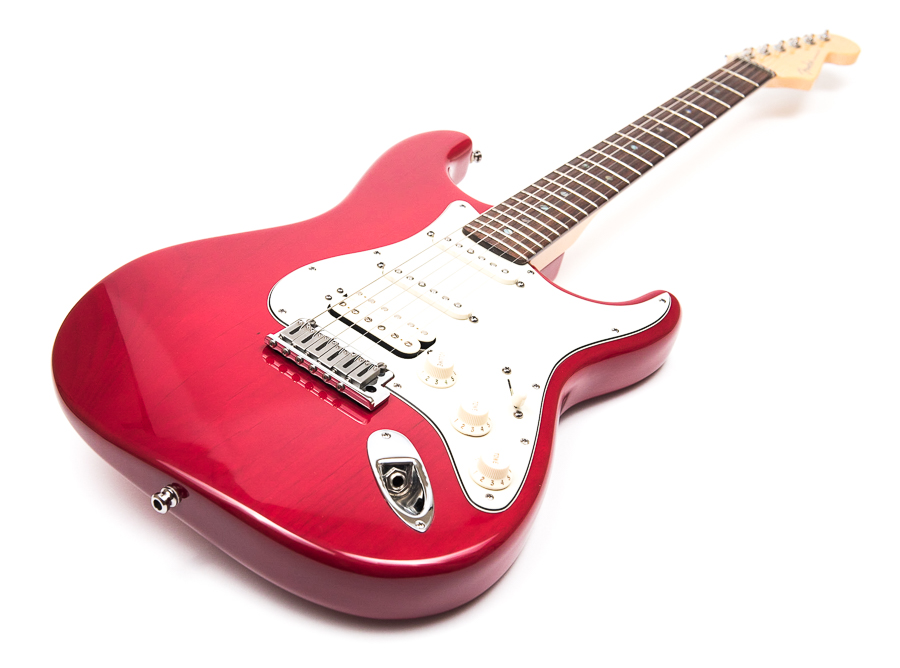 Too good a shot it seems. I had potential buyers ask me if this was a stock photo. No. It is a photo of the actual guitar. Using some white paper and a few well placed studio lights can create a very cool product photo.

Reverb has been wonderful for the most part. With an increase in selling activity comes a slew of issues though. I’ve had at least a dozen or so “interesting” encounters. I’ll share a few of them over the next several days.

Let’s start with the disappearing studio monitors shall we?

The initial offer came in with a request to pick up the monitors. My preference is to use Reverb end-to-end including shipping. That way both the buyer and the seller are protected. I’m also a little wary of strangers coming from several hours away to pick up a product. Are they really serious or just kicking the tires? Would they do something a bit odd or try to renegotiate the deal?

Not worth the hassle. So I offered to waive the shipping charges as part of the deal.

Above a certain price point I ship gear with a signature required to ensure proof of delivery.

You just never know when that might come in handy.

Here were the messages from that particular transaction: 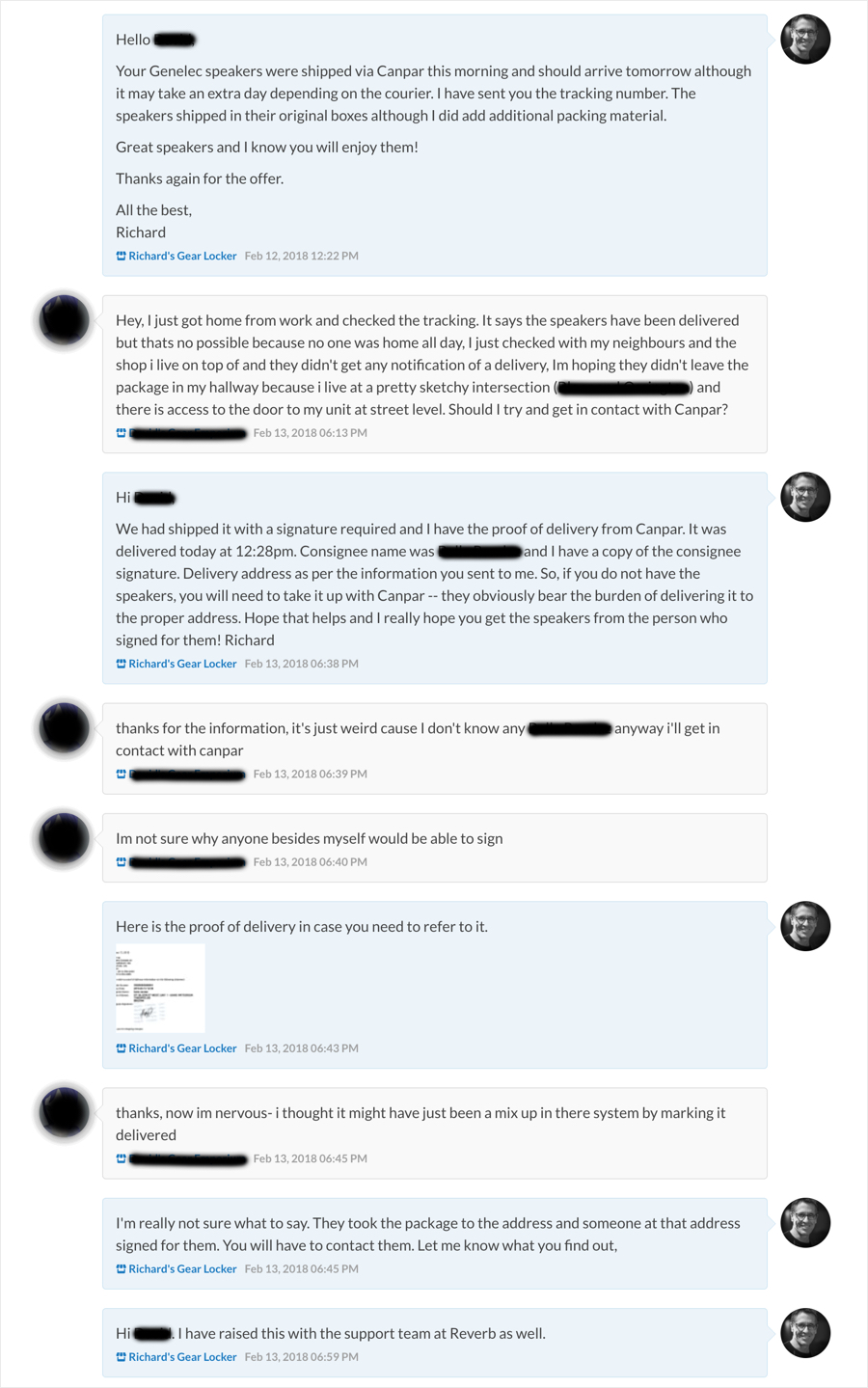 You bet I contacted Reverb support at this point in the exchange.

Perhaps it was possible that a courier, taking two very large boxes containing a set of expensive studio monitors, went to the address in question and left it with someone that did not live there. Maybe someone was just walking near the address and was being kind. “I’ll take those two large packages that weigh about 100 pounds. No, I don’t live at that address but I know the guy really, really well. Honest. And, sure thing, I’ll sign for them. No problem.”

What likely happened? The courier went to the door, rang the bell, the door opened, and someone signed for the speakers. They were delivered to the address.

I passed the entire exchange over to the Reverb team. I never heard back from the buyer so I don’t know whether he ever got the speakers that someone at his address signed for that day.

What I do know is that Reverb affords a lot of protection when selling something online. And, if it is expensive enough, I spend the extra money to get proof of delivery.

You never know when someone might try to take advantage.

Of course, it could all have been just a case of mistaken delivery.

Sorry, How Much For That Camera Bag? Britain Banned Guitars
Scroll to top