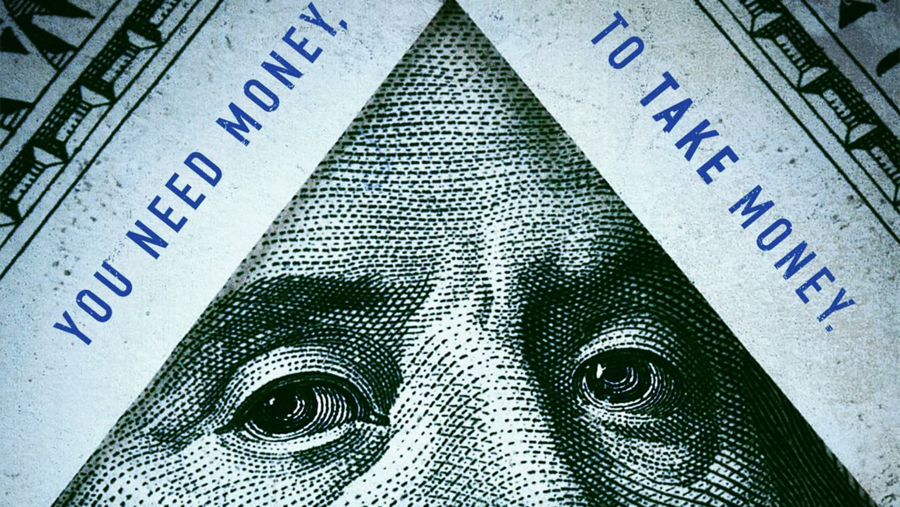 A friend of mine suggested watching a Netflix series called Dirty Money.

The Atlantic describes the series this way:

Dirty Money, a fascinating and frequently enraging new documentary series on Netflix that tackles capitalism run amok””portraits of people and companies whose greed was so extreme and so untroubled by ethical boundaries that they engaged in truly historic acts of grift. The series explores how HSBC laundered money for drug cartels, how a race car driver was engaged in an illegal payday loan business that involved millions of Americans, and how Volkswagen cheated and lied to consumers globally about how dirty its diesel engines were.

Corporate conduct can be shocking.

And sometimes poor corporate conduct can be held in high esteem.

Consider the World’s Most Admired Companies, a list compiled by Fortune with research from Korn Ferry.

This year, several key traits were cited in the survey. To thrive in this most disruptive of times, surveyed executives said, organizations need to have its people incentivized properly, and a sense of purpose that everyone agrees with. And then there is ability to adapt. What executives at the world”™s most admired companies say is most important is the agility to transform itself on an ongoing basis.

Let’s take a look at a few of those most admired companies.

On Monday mornings, fresh recruits line up for an orientation intended to catapult them into Amazon”™s singular way of working.

They are told to forget the “poor habits” they learned at previous jobs, one employee recalled. When they “hit the wall” from the unrelenting pace, there is only one solution: “Climb the wall,” others reported. To be the best Amazonians they can be, they should be guided by the leadership principles, 14 rules inscribed on handy laminated cards. When quizzed days later, those with perfect scores earn a virtual award proclaiming, “I”™m Peculiar” ”” the company”™s proud phrase for overturning workplace conventions.

At Amazon, workers are encouraged to tear apart one another”™s ideas in meetings, toil long and late (emails arrive past midnight, followed by text messages asking why they were not answered), and held to standards that the company boasts are “unreasonably high.” The internal phone directory instructs colleagues on how to send secret feedback to one another”™s bosses. Employees say it is frequently used to sabotage others. (The tool offers sample texts, including this: “I felt concerned about his inflexibility and openly complaining about minor tasks.”)

Between Bernie Sanders and Elizabeth Warren, we”™ve heard a lot about the corruption on Wall Street. But if you want to understand exactly what happened and why, read JPMadoff: The Unholy Alliance Between America”™s Biggest Bank and America”™s Biggest Crook.

Written by trial lawyers Helen Davis Chaitman and Lance Gotthoffer this heavily-researched, meticulously documented book lays out for the world to see the absolute corruption of JPMorgan Chase ”“ America”™s biggest bank. And the authors explain how Obama has furthered Wall Street crime by refusing to enforce America”™s criminal laws against America”™s biggest criminals ”“ not Madoff, but JPMorgan Chase.

Another former Facebook executive has spoken out against the company”™s current business practices, arguing that they directly enable electoral interference.

Dipayan Ghosh, once a privacy and public policy advisor for the social network, argues now that disinformation of the sort used to interfere in the US election and the EU referendum is strongly linked to the nature of Facebook as an advertising platform.

“Political disinformation succeeds because it follows the structural logic, benefits from the products and perfects the strategies of the broader digital advertising market,” Ghosh and his co-author Ben Scott wrote in a report, Digital Deceit, published by the New America foundation.

Ghosh left Facebook in 2017, shortly after the US general election raised troubling questions for him about the relationship between the company and disinformation. In the new report, he and Scott argue that attempts to put a lid on the practice with tweaks to the platform are doomed to failure while the basic business model of a social network is advertising-driven, algorithmically-run and attention-focused.

Two U.S. lawmakers are calling for an investigation into whether Intel”™s chief executive, Brian Krzanich, improperly sold company stock after learning of a serious security flaw in the tech giants”™ microchips before it was publicly disclosed.

Intel sent the technology industry scrambling earlier this month when it announced that the microchips powering nearly every computer and smartphone have for years carried fundamental flaws that can be exploited by hackers. The flaws, dubbed Meltdown and Spectre, flow from designs that allowed computers to operate more quickly and efficiently.

“Security is job number one for Intel and our industry,” Krzanich said during the CES tech industry trade show earlier this week.

Now some lawmakers are questioning a large stock sale by the company”™s chief executive late last year that was made before the news was made public, sending the company”™s stock price down.

“This is exactly the type of report of suspicious trading that the SEC routinely investigates as well as the DOJ,” said Brandon L. Garrett, a professor at the University of Virginia School of Law.