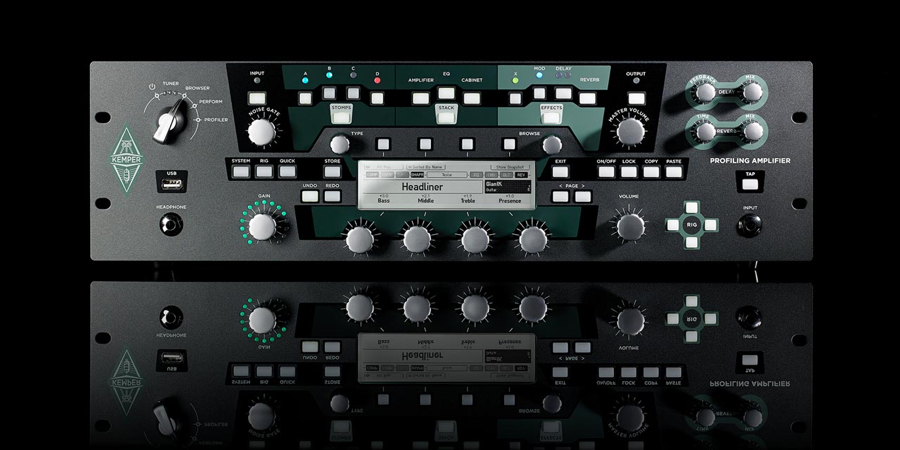 There are somewhere north of 700 rigs in my Kemper.

So many amp tones. So little time.

I went searching on the web to focus the search for tones down to a more manageable list. Most of the time, I am playing in a church situation which calls for a certain type of sound similar to what you might hear from the Edge (guitarist for U2).

I seem to be settling on a few rigs:

I have been building up my performances on a song by song basis using the internal effects of the Kemper for things like compression, boost, overdrive, delays, reverbs. I noticed that some players take some different approaches to build their performances.

One size fits all. One performance patch only for the Kemper with a set of basic sounds. Could look like this:

With this approach, the effects are switchable in and out. The Kemper Remote tap tempo with its built-in beat detector is quite impressive so no need to program in tempos for the delays.

Every song gets its own performance. Each performance patch is divided up into as many as five tones, or rigs (intro, verse, chorus, bridge, solo). I have built up about 40 songs so far. I’ll definitely have another 40 or so added to the list of performances by the end of the year. For the upcoming Celebrate Christmas event, I will have about 25 songs.

I use my approach because I like to craft the tones for each song. Discovering how the amp profiles might work for a song and going through the effects capabilities, particularly the new delay engine, does take time. It also forces me to learn a lot about the Kemper unit which is a surprisingly deep system.

And a surprisingly good sounding system.

The I Can’t Get Over Analog Approach

Pick one amp tone for the Kemper and only one. After all, you can only play one amp in the real world. And drag that big pedalboard along because everyone will hear how much better the digital profile will sound with all of that analog goodness coming from the pedals.

In a way, I do like this approach because it is much easier to stomp on pedals than to program the effects in the Kemper. I find that I have to scroll through dozens and dozens of effects to get to certain sounds, like the delay sounds, and then audition each one until I find one that works. Counterintuitive to just reaching out to a pedal, turning it on and rotating a few knobs.

I’m also working with Kemper’s Rig Manager on a computer and although it might be fine for setting up rigs, it lacks functionality big time to assign effects for a performance. Right now I am spending a lot of time setting up the effects chain through the Kemper whereas a pedalboard would be all set and ready to go.

With time, I should get faster with the effects chain.