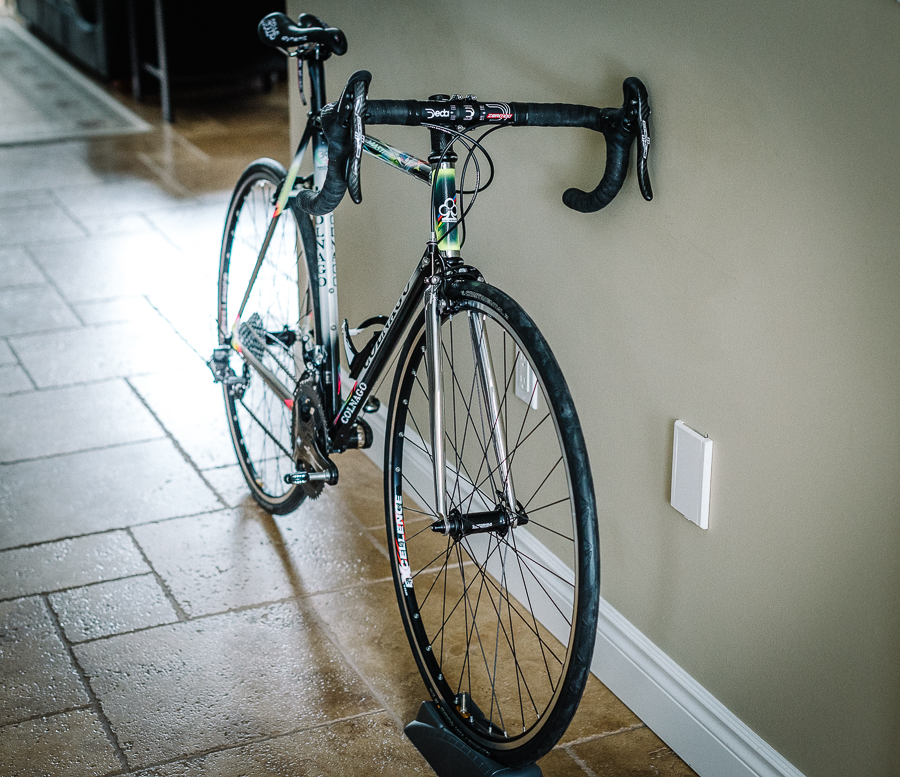 She is home. And she is now a bike. I had picked up the Colnago Master X 30th Anniversary frameset a few years back. The frameset was built in 2013.

I had wanted to build the bike out before my 60th birthday. I’m not sure why. Perhaps as some sort of trip back in time when I first started riding steel bikes. How long ago? 46 years.

I have very fond memories of riding steel bikes. Back in the 1970s, steel was all I knew in a frameset. The Colnago Master X represented one of the best designs in a steel frameset. The 30th Anniversary edition features a unique paint scheme, the Art Decor. 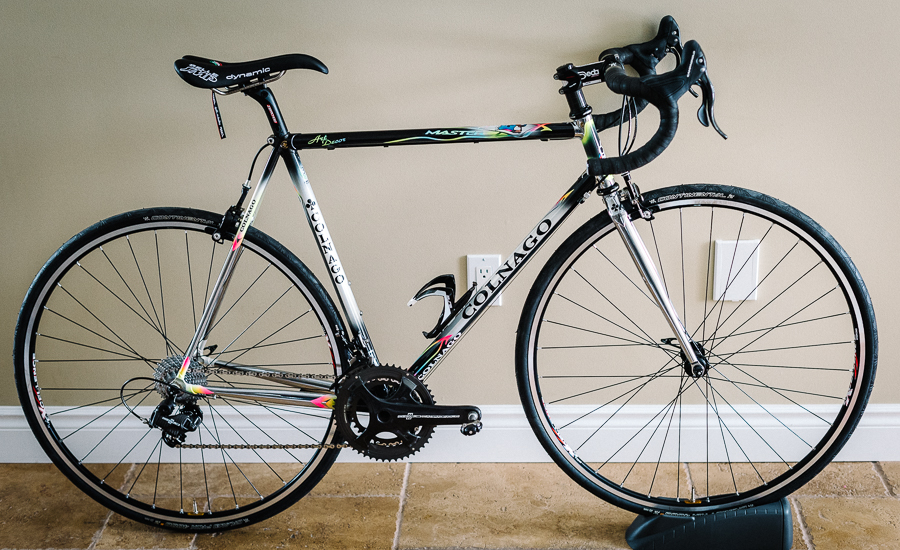 I have the bike in the front hallway. I will wait until the roads are clean which means sometime in March or April before I get to ride the bike. And that’s okay. I waited this long for the bike to get built. Another few months won’t matter.

I really love all of the details in the frameset. For example, the chrome lugs that connect the tubes. 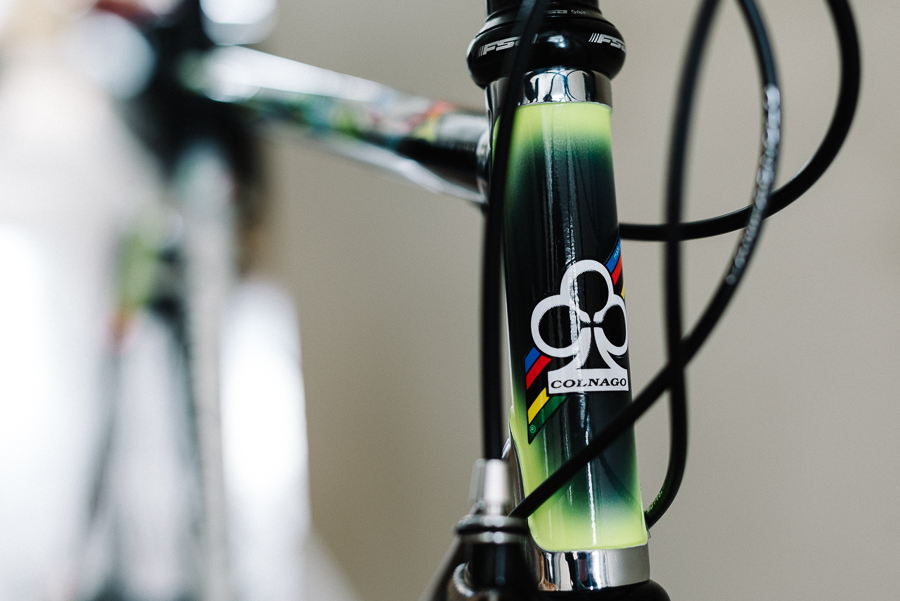 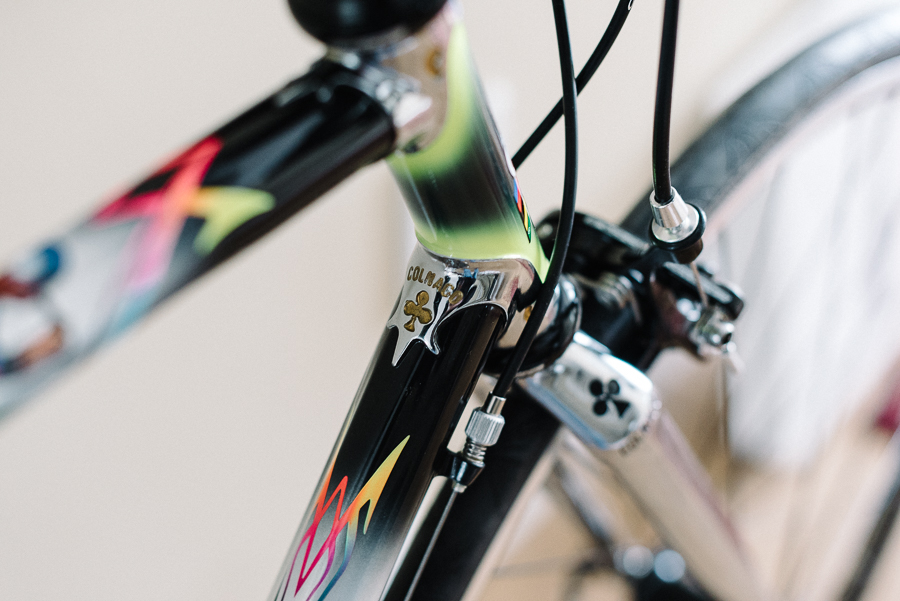 I decided on Campagnolo Chorus for the groupset. Chorus provides most of the performance of the Super Record groupset — I ride that groupset on my Colnago EPQ — although it weighs a bit more. The hoods are a bit different from older models but still represent the most comfortable hoods I’ve ever experienced in a groupset and I have ridden all of the top groupsets from Shimano and SRAM. 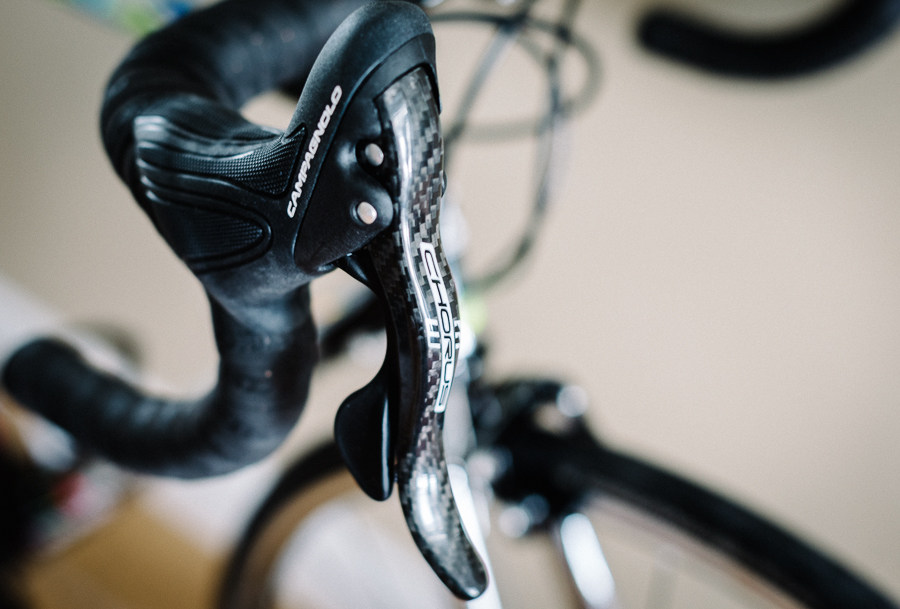 The front forks are straight. A bit aggressive perhaps. 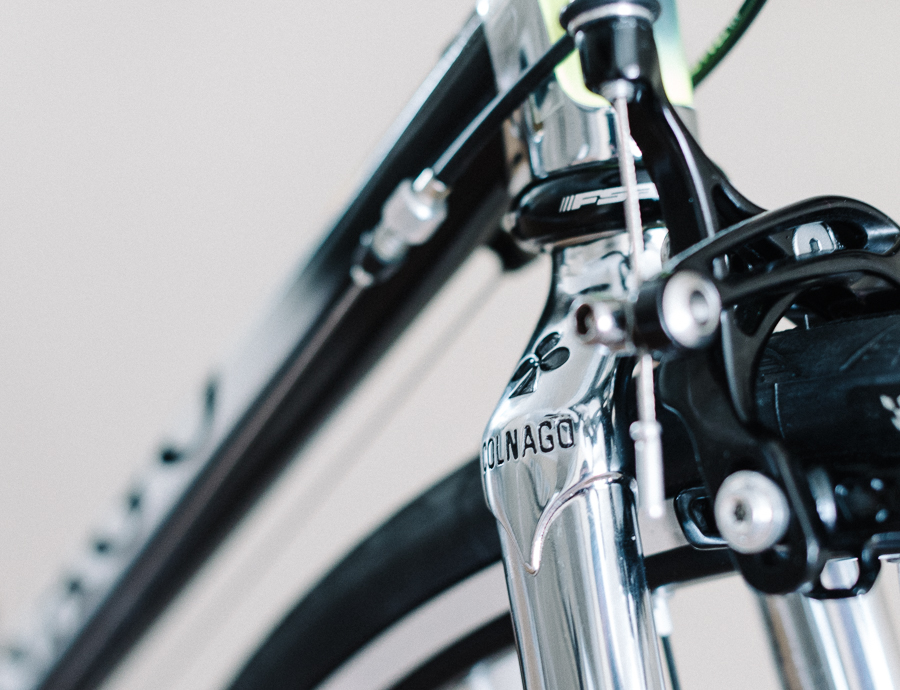 The front and rear hubs are Campagnolo Record. They should last a long, long time. 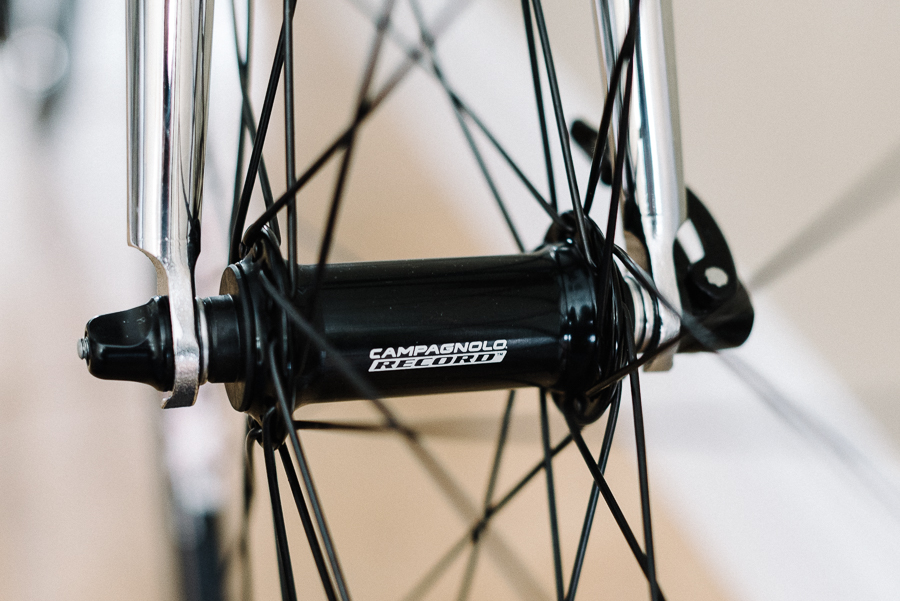 The wheels were custom built using Ambrosio Excellence rims and DT Swiss spokes. I am running Continental GP4000s tires. 25mm. First time running 25mm tires on a wheel. Should be interesting to see if I can tell a difference from the 23mm tires I normally use. 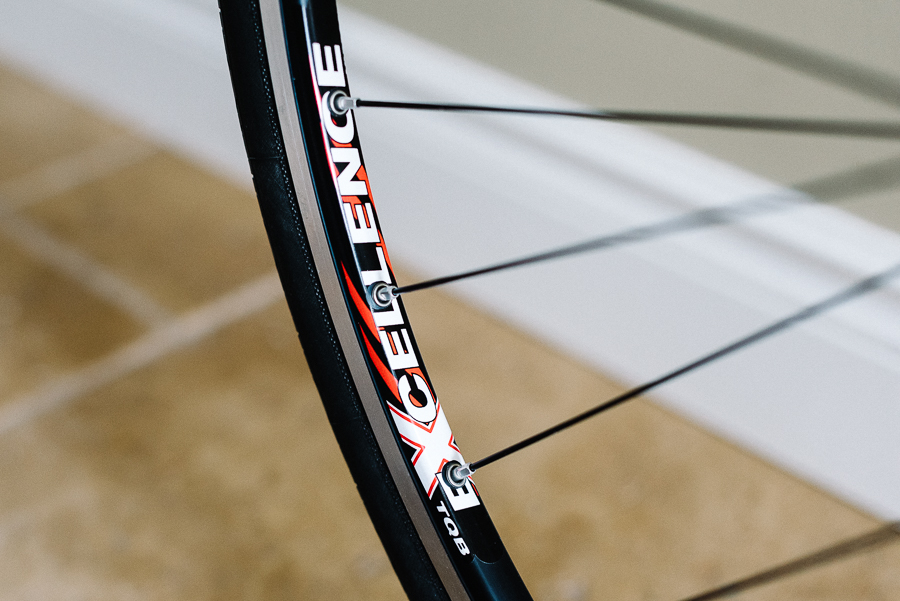 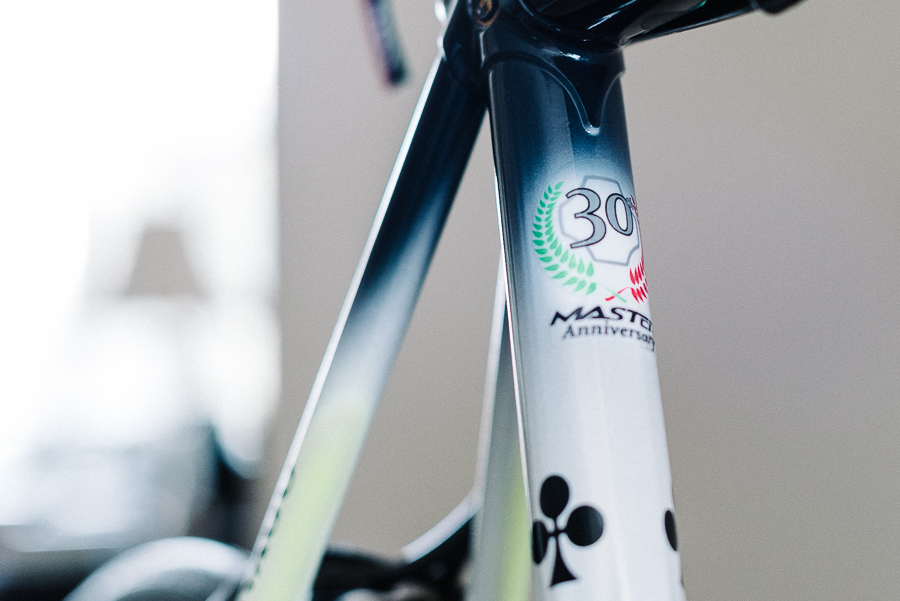 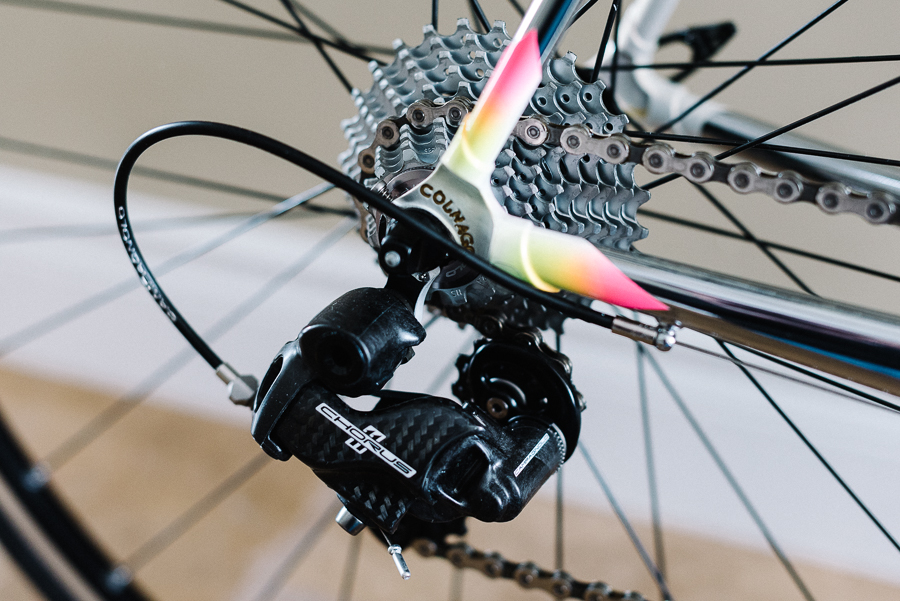 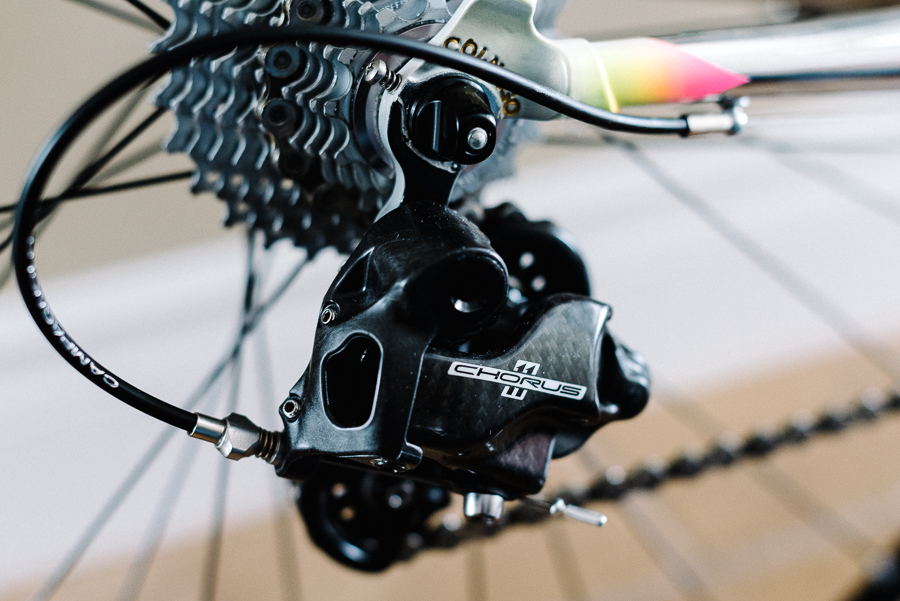 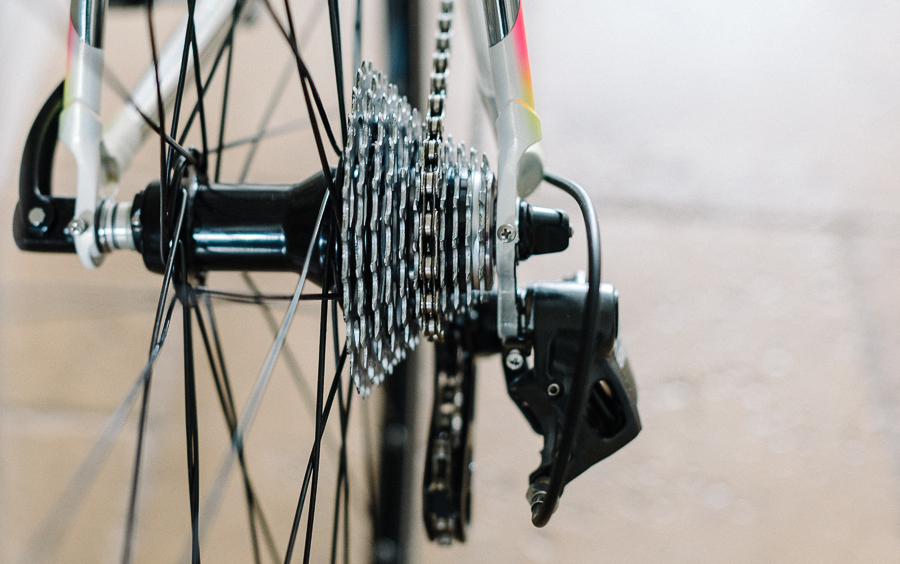 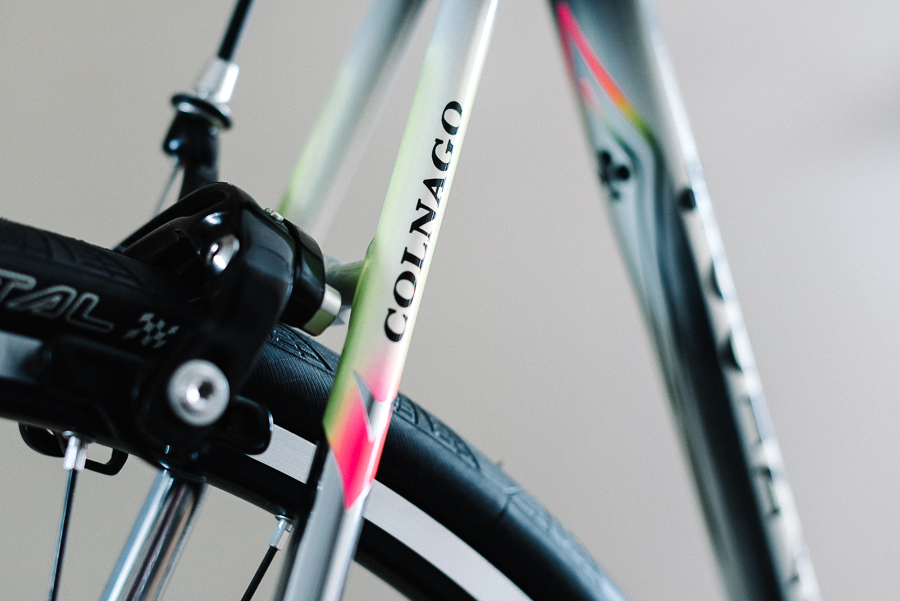 The Colnago symbol just below the saddle. I am running the same SMP Dynamic saddle as I have on my other Colnago. At my age, a bit of comfort is important especially on those longer rides. 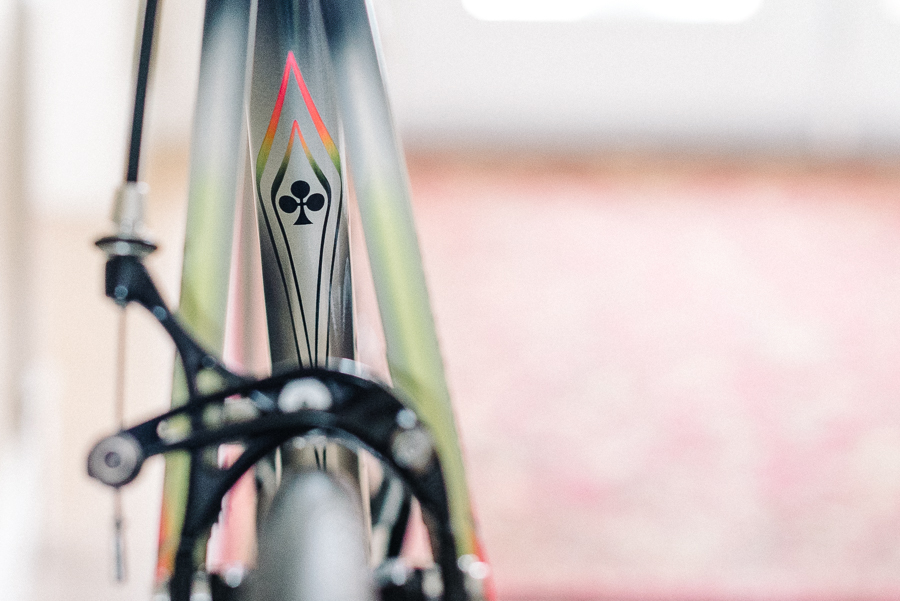 Deda Zero 100 for the bar, stem and seat post. Speedplay zero pedals — I use those on my Colnago EPQ as well. A couple of water bottle cages although I only have one on the bike right now. I’ll add a Wahoo speed and cadence sensor and a platform for my Garmin Edge 800. I’ll just have to remember to select the rightÂ bike on the bike computer before a ride.

My bike mechanic built this Colnago for me. He had also built the Colnago EPQ. He did a terrific job. When he sent me his note with a couple of photos, he was concerned that the photos did not do justice to the bike. I took this set of photos to highlight some of the features of this beautiful machine. It was a frameset that had to be built. I am glad I was able to get it done in time for my 60th birthday. 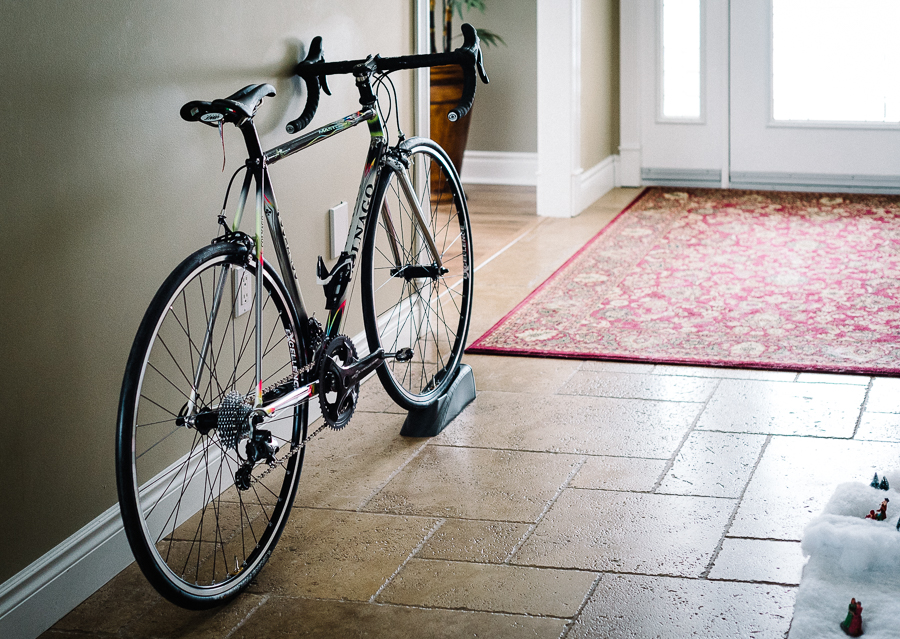