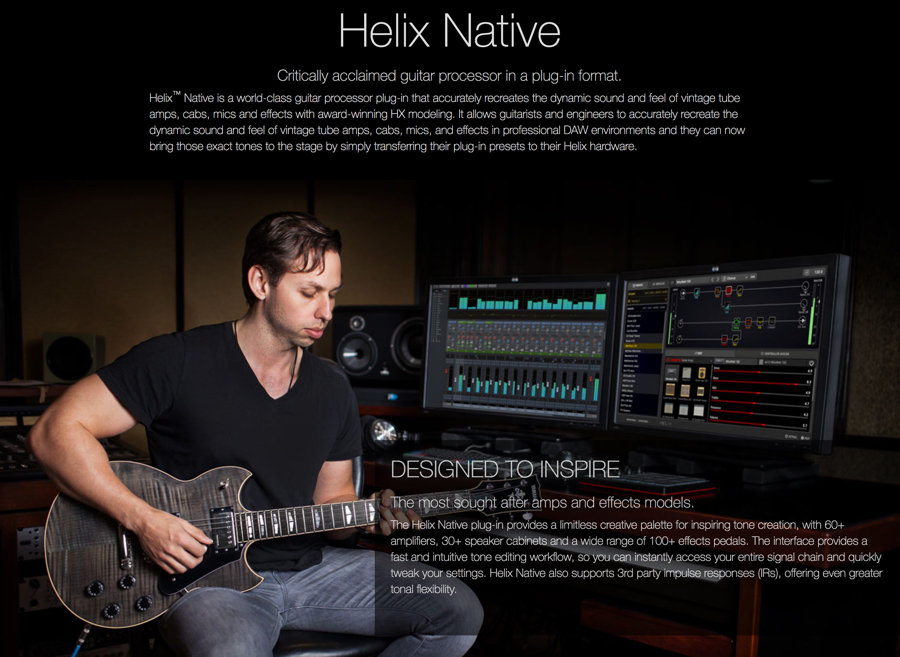 Lots of announcements coming from NAMM 2017.

Helix Native is a software plugin that is powered by Line 6’s HX modelling engine which means that the patches you create in the studio can go directly to the physical Helix pedalboard and back again.

Helix Native will be released in the spring for around $400 USD.

Studio to stage presets would open up some interesting workflows for a guitarist.