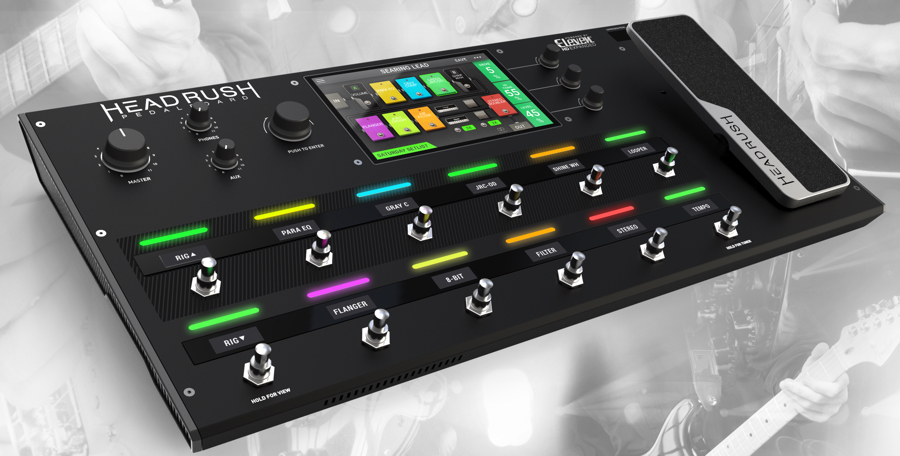 HeadRush Pedalboard promises “the most versatile, realistic-sounding and responsive” models ever found in a multi-effects pedal.

Funny thing. I have been taking a bit of a closer look at some modelling units like the Kemper Profiling Amp, the Fractal AX8 and the Line 6 Helix.

I love the tones that Troy over at Guitar For His Glory gets out of his Kemper rig. He fronts it with a big pedalboard and goes out from the Kemper to the PA.

For most of the playing that I do, I would love to be able to open up an amp without overwhelming the room. I currently run a small, 5-watt Swart amp for these dates and I still find it difficult to really open up that amp without becoming too loud. A modeller would go a long way to getting a full sound without overpowering a stage or a hall.

The Kemper is the most expensive unit of the ones I have been looking at. The Fractal AX8 looks interesting to me andÂ it seems more like an amp and effects rig for live work — perhaps an all in one unit which could reduce the amount of gear I currently move around.

The Line 6 Helix came out a bit buggy with the Black Screen of Death and freezing issues. I’ve never been a fan of the Line 6 units from the past but the Line 6 Helix seems to be a big step up from their older products.

And then I came across the Headrush pedalboard announcement. Headrush was developed by the same team that did Avid’s Eleven, a rack that I have used over the years on Pro Tools.

It was way back in 2008 when I did my first quick and dirty demo on Eleven. I still have that recording.

I am looking forward to hearing more about the Headrush. Availability is in the next few months.

This video gives a bit of a glimpse into the pedal itself.