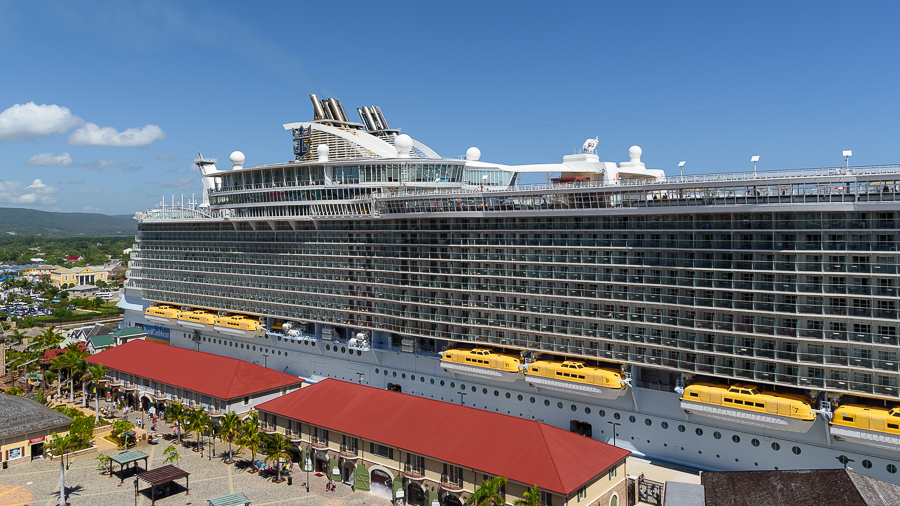 How did we wind up here? A port of call on our recent Caribbean cruise, which, at first glance, appearedÂ to be some massive condominium complex. Except that it was only the Allure of the Seas. One of the largest cruise ships in the world.

Time to get ready to go ashore. No selfie stick so an elevator mirror had to serve the job. 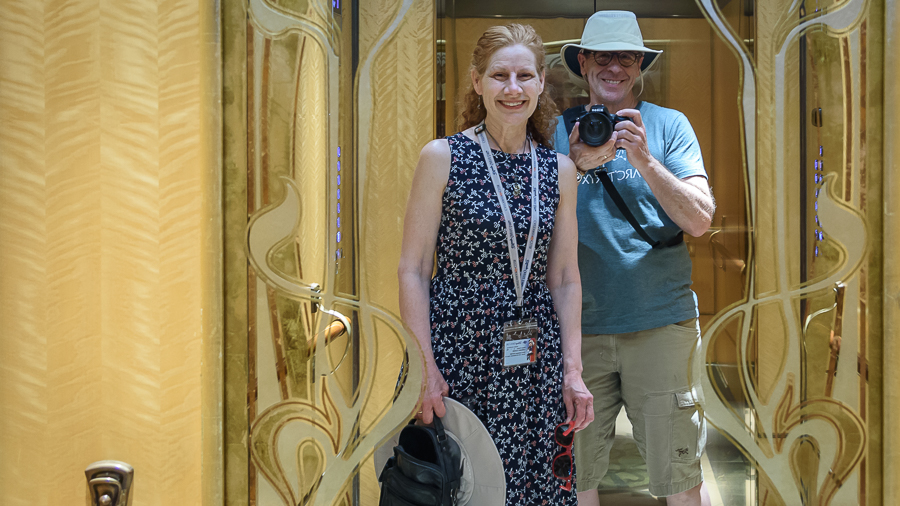 The port is really a gated shopping and dining complex. As you can see from the next two photos, it is a surprisingly beautiful spot in the Caribbean. 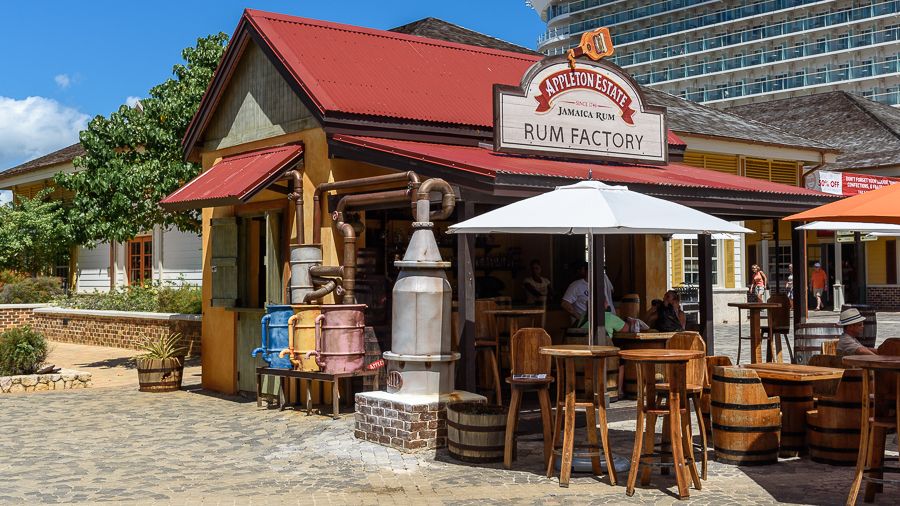 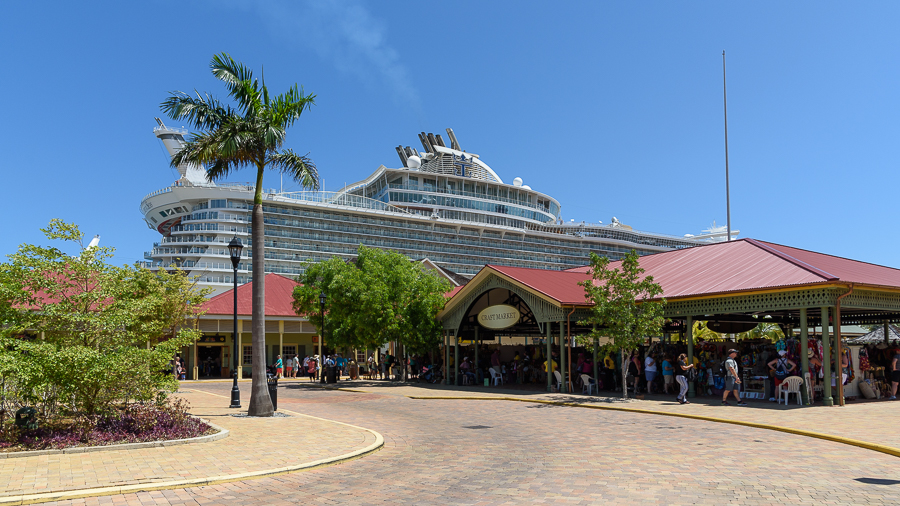 And then we got here. The gate that keeps the Jamaicans outside and the cruise ship passengers inside. I counted over a dozen police officers in front of this gate. It looks so different out there that most people, including ourselves, debated whether to go on the other side of the gate. And most people, like ourselves, decided to stay inside the compound. 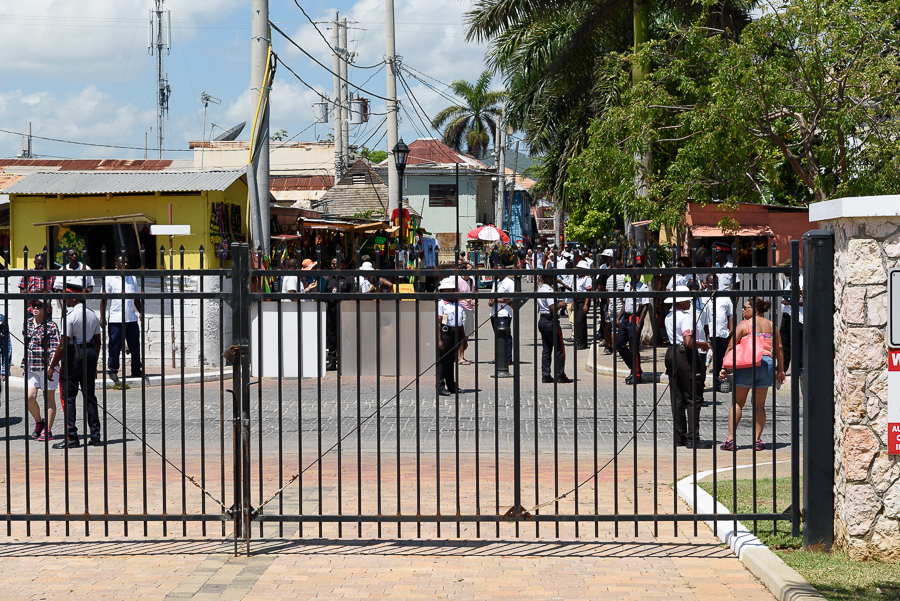 It just felt safer. I mean, there is the Mickey Mouse logo on the horizon. 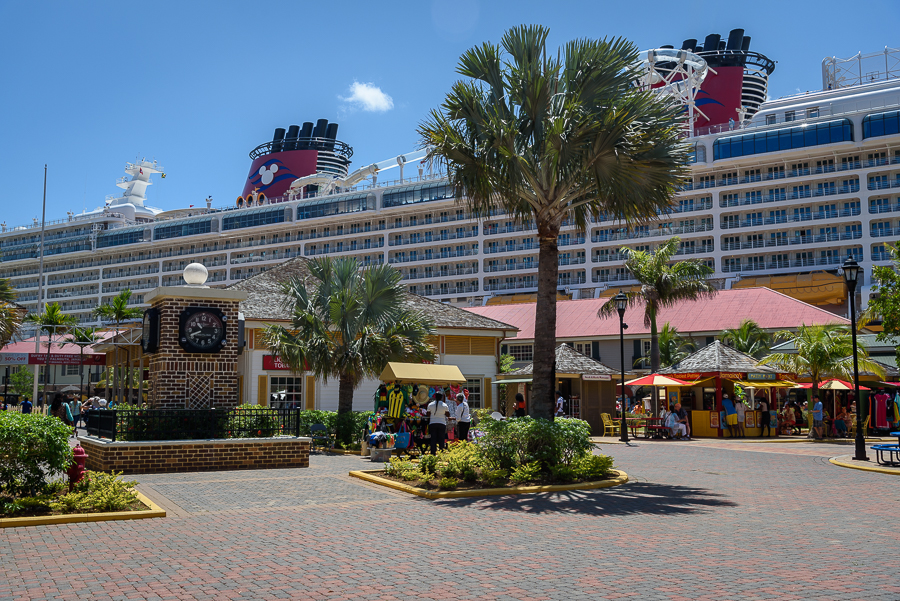 We did drop by Jimmy Buffett’s Margaritaville. 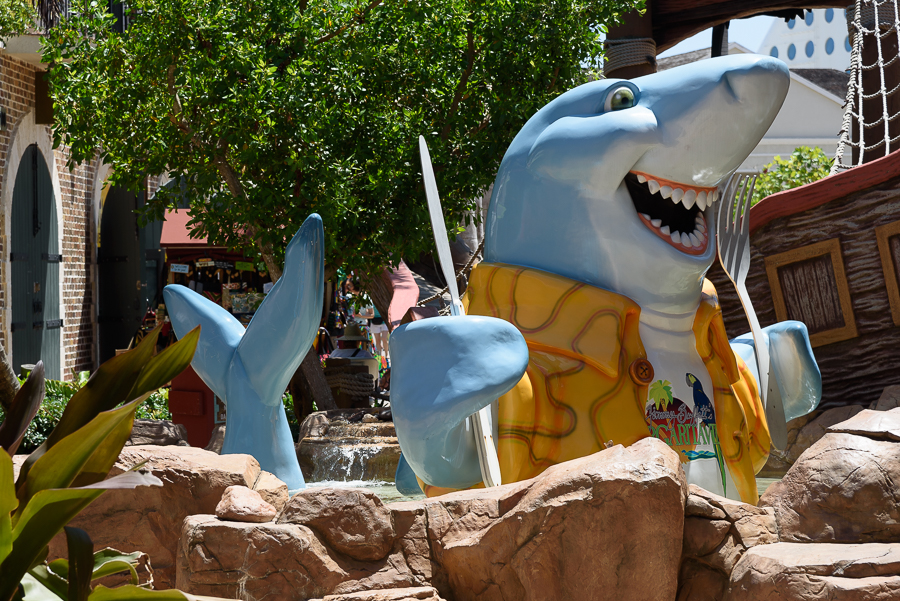 This Margaritaville is more of a destination restaurant with its own water park. 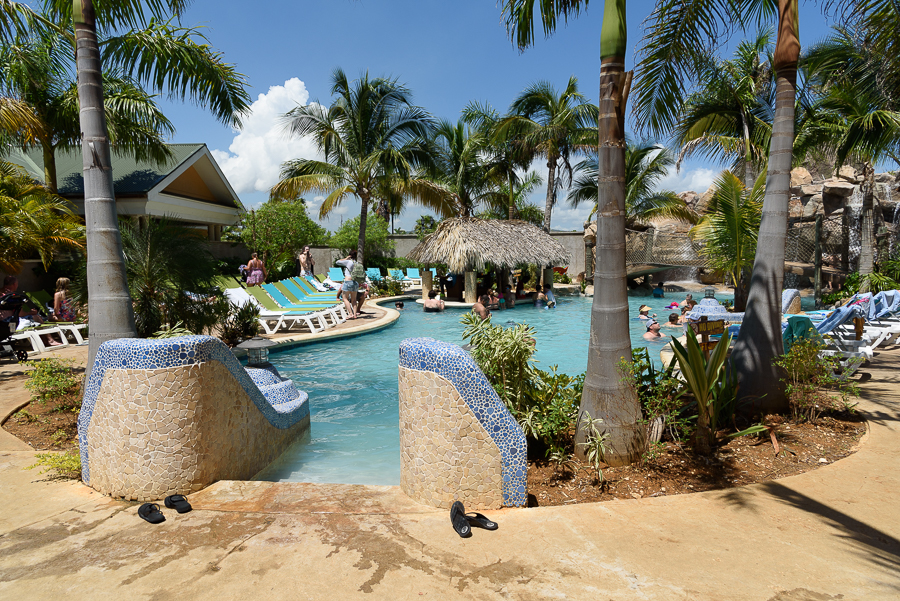 Here are a few more shots of the port. 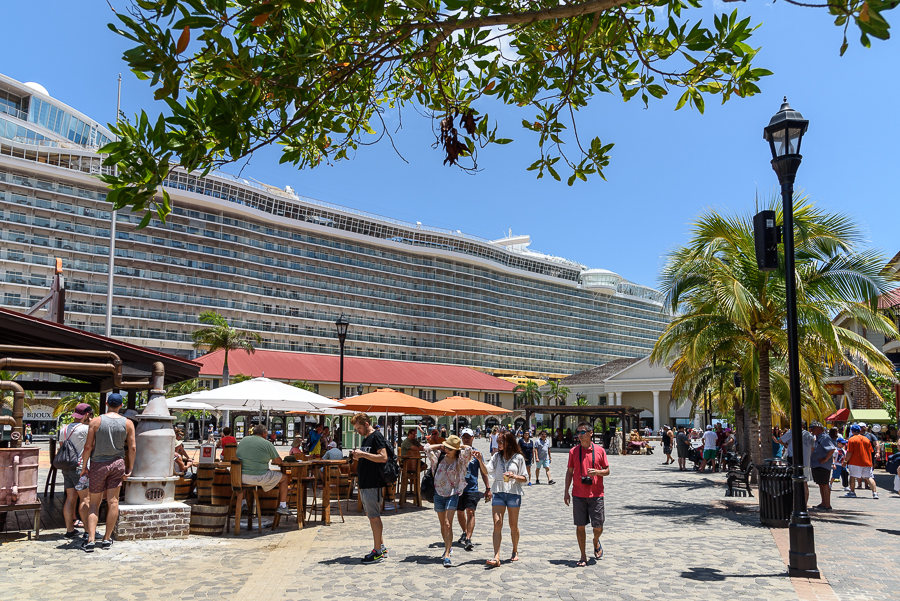 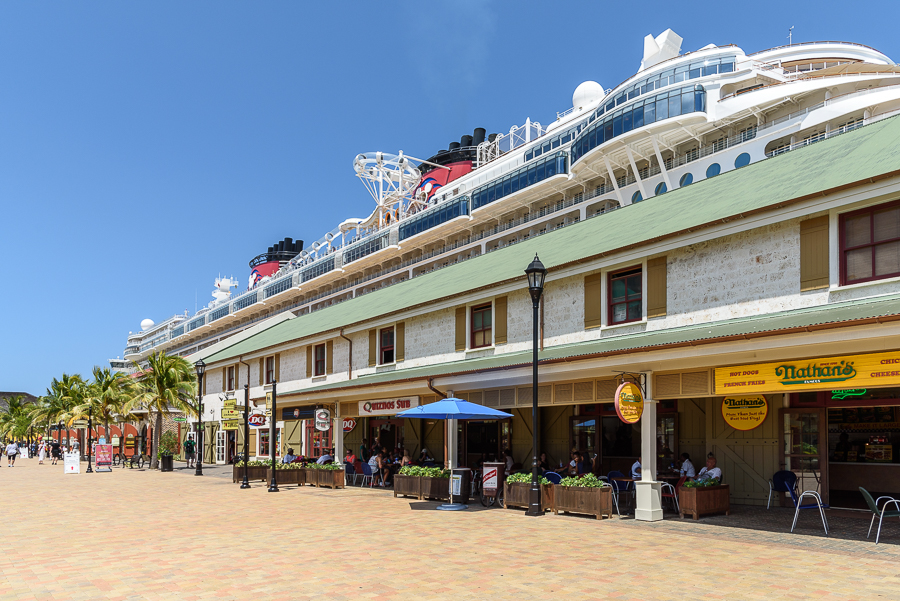 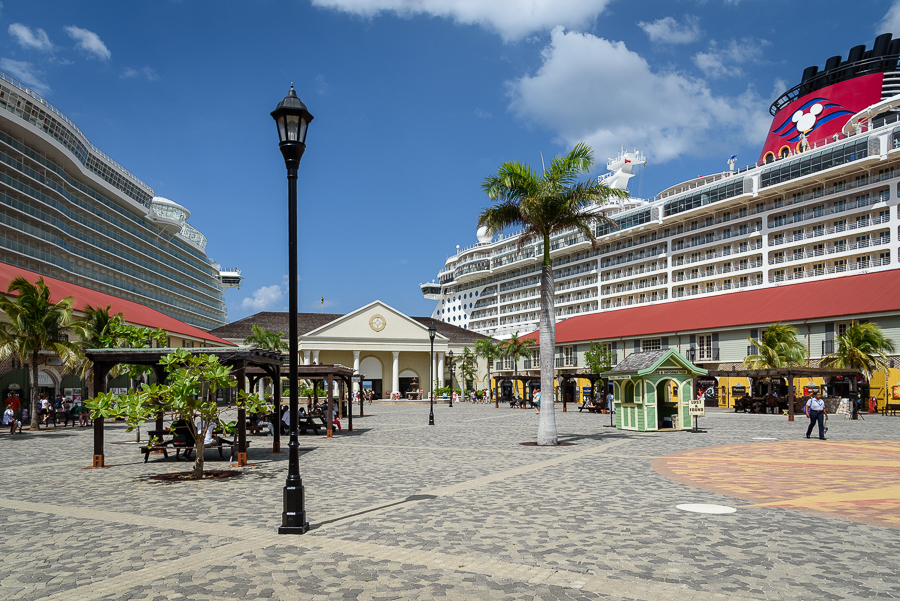 After several hours of walking through the port, we retreated back to the ship for a late afternoon beverage. And then, off to Castaway Cay, Disney’s private island in the Caribbean. 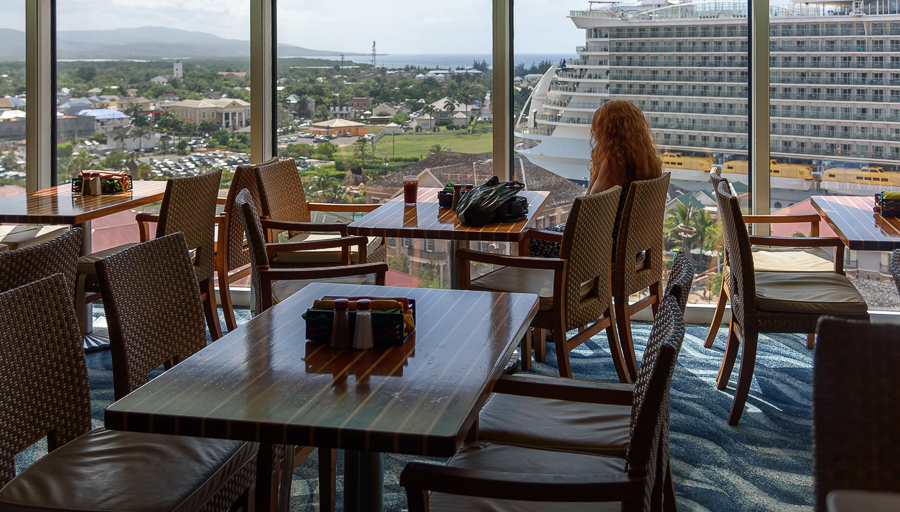