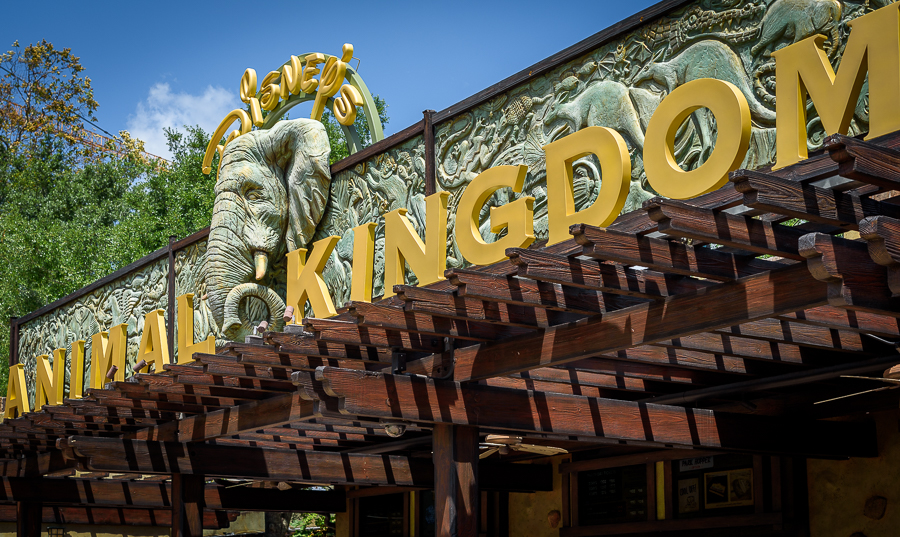 It is a park that I have been to many, many times over the years. It is my favourite park at Disney. I think it is because no matter how large the crowds, you can always find some quiet spots at Animal Kingdom. And, by late afternoon, most people give up on this park.

Shooting with a 50mm lens does provide a focus to your photography, if you will pardon the pun. And you have to become aware of the details in the frame. You can never be quite sure what might be lurking in the trees. A 50mm also provides some freedom. The camera is so much lighter. So much easier to carry. 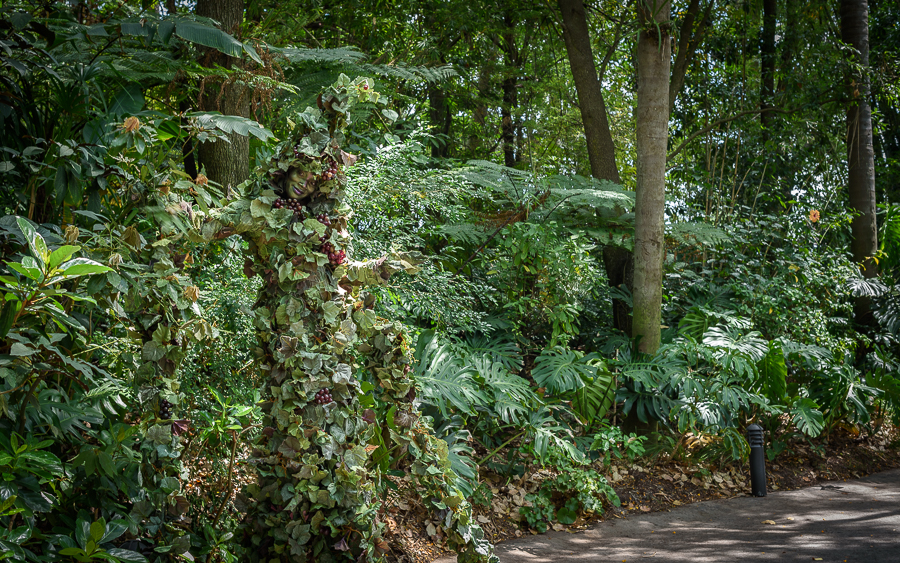 Trying to get the crowd out of a frame can be tough. Particularly when they are packed against a performance like this one. I did, however manage to find a frame where the crowd mostly disappeared. 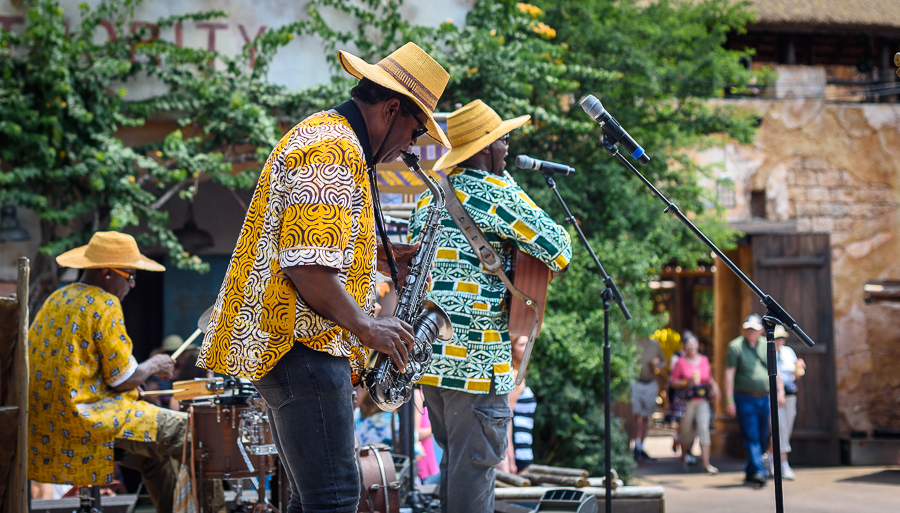 Every time I do the Kilimanjaro Safari, I take all sorts of pictures of animals. The animals are often too far away or too difficult to shoot when traveling in a rough riding vehicle.

I know. Why don’t I shoot the rough riding vehicle instead? 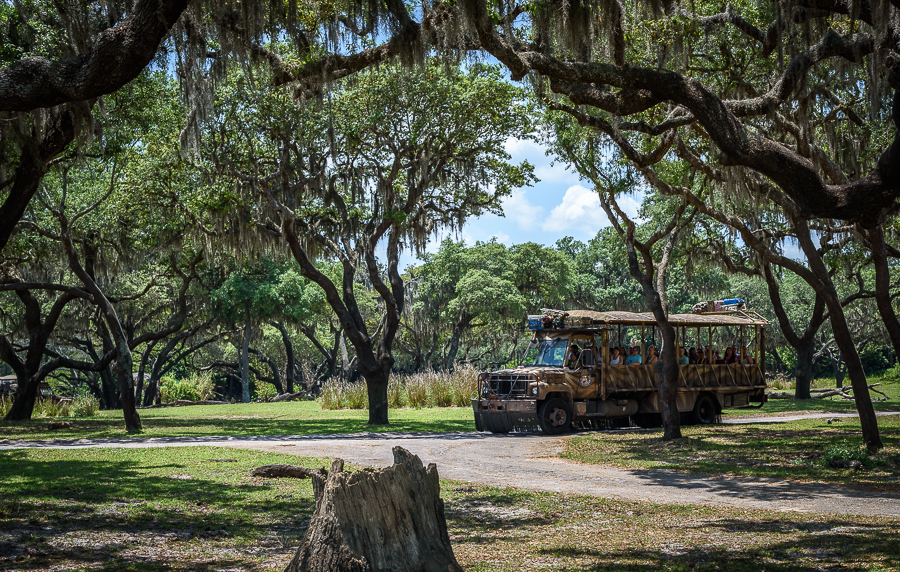 Looks almost peaceful in that frame, doesn’t it?

Eating at the parks usually consists of stuffing down some junk food. But, if you do look around, you will find evidence of the Disney touch everywhere. LikeÂ the “i are smart” on the InternationalOsaurus trailer. I am not sure about the significance of the number 15244. It is the Zip Code for Pittsburgh, Pennsylvania. Perhaps it has a deeper meaning. This is, after all, Disney. 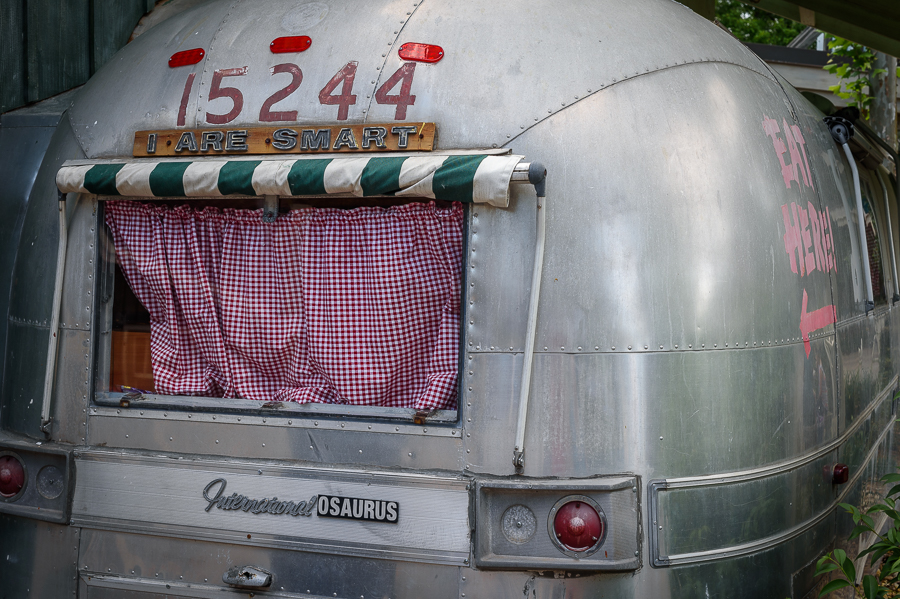 Wandering through the park, with the heat a searing 35 Celsius, this sign certainly had a deeper meaning for me. Something to do with survival. 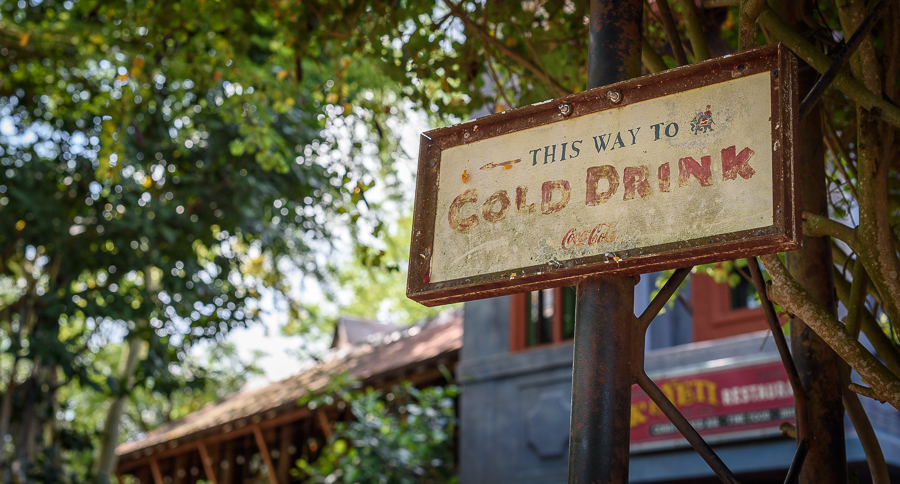 Down and OutDisney Coronado Springs Resort
Scroll to top