Really two major sites for the third day in Paris: the Louvre and Sacre Coeur Basilica.

It did take quite a bit of time to work through the security protocols at the Louvre, however we were amongst the first to get into the museum which allowed us to see this particular painting without the massive crowds. 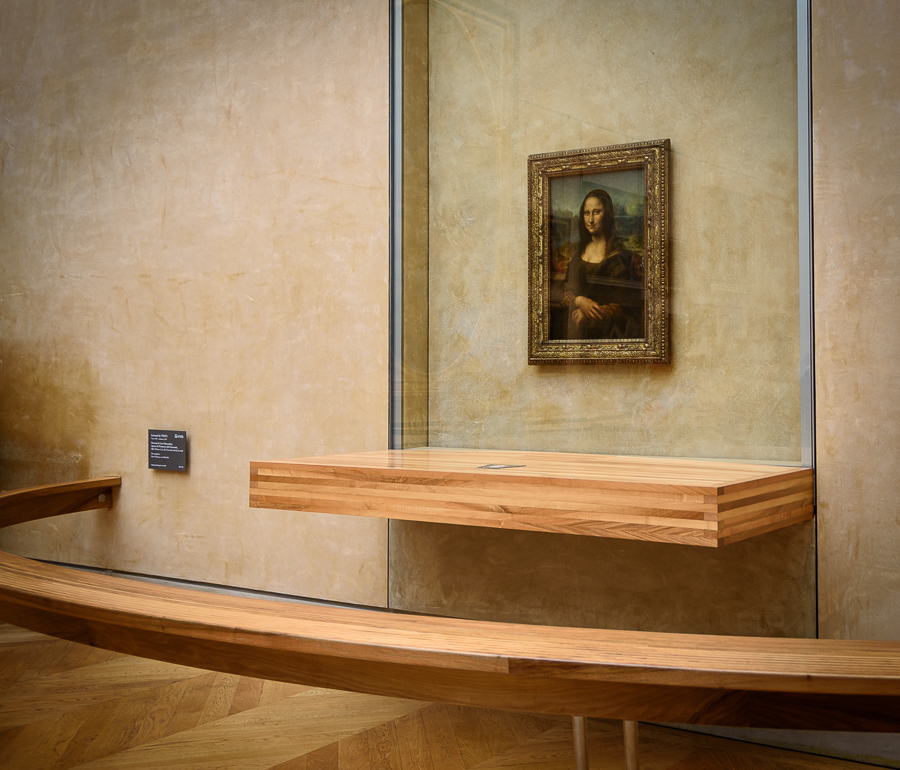 We were surprised to see a number of painters in the galleries. This artist was making a fairly convincing copy. 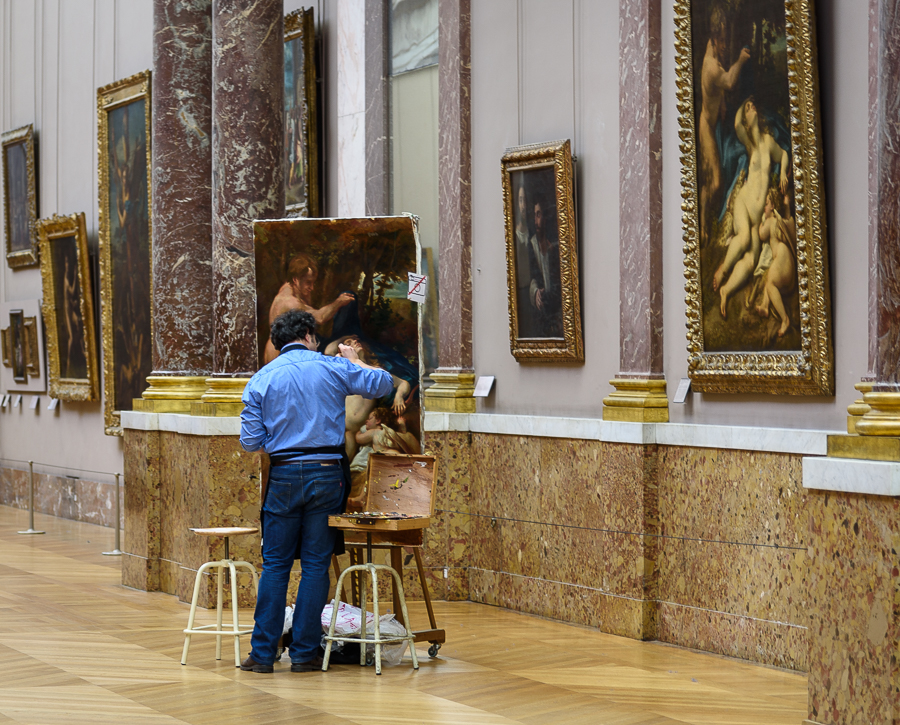 The galleries were stunning. It is hard to fathom the attention to detail in the construction of this hall. 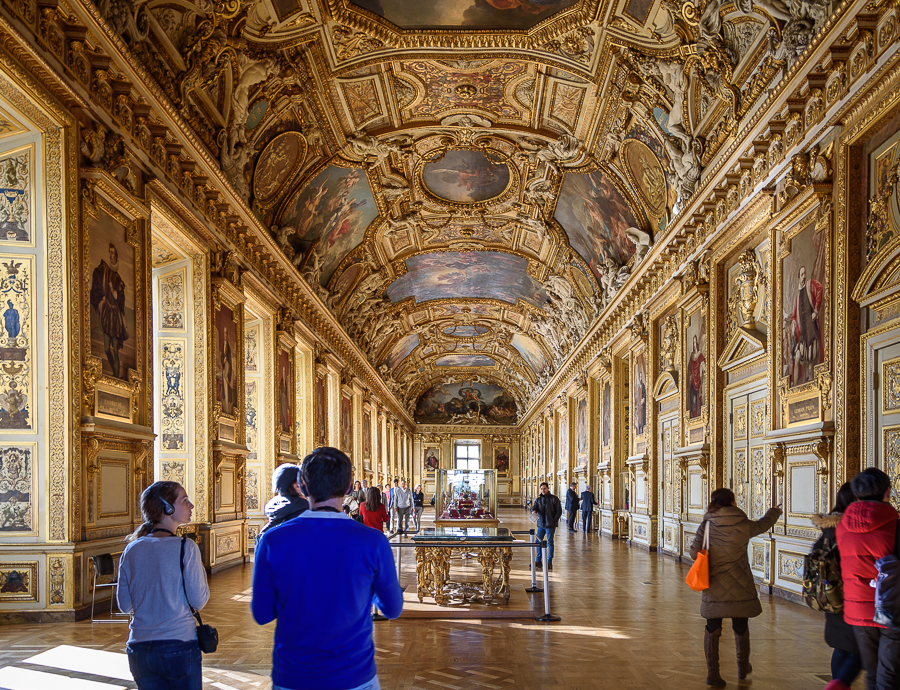 Regardless of where we were in the museum, there was art everywhere. Even on the ceilings. 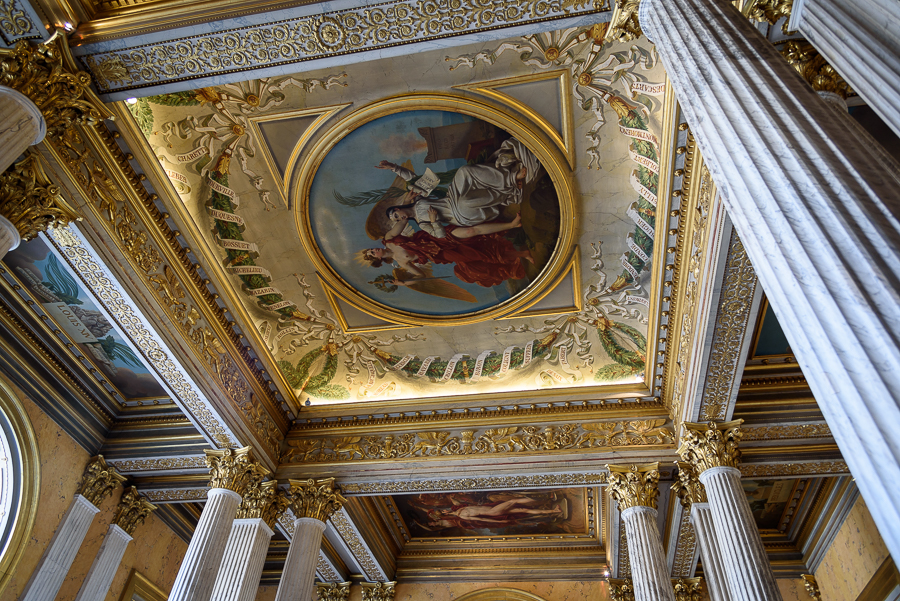 Areas of the museum offered small secondary chambers. They were usually very quiet. 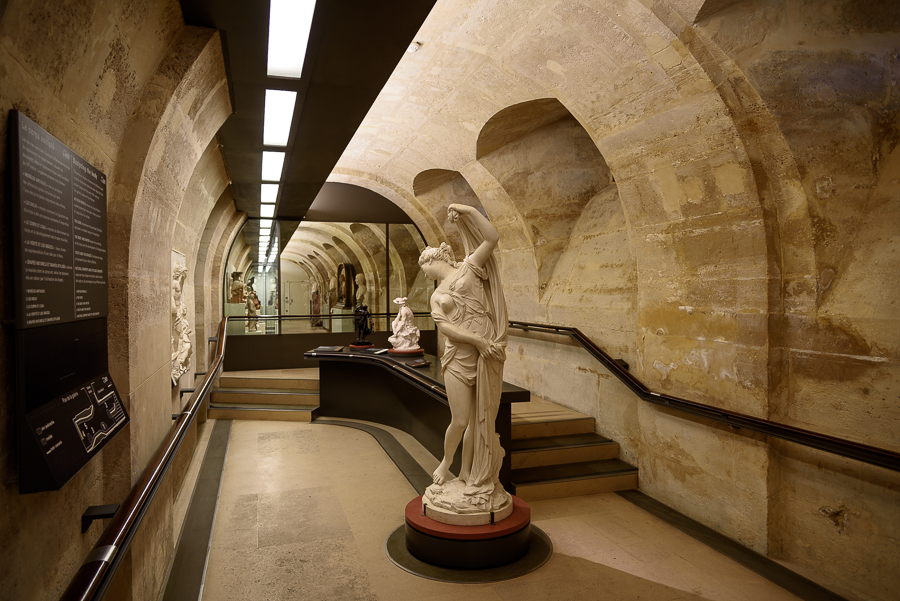 Even the staircases from level to level had interesting details in the architecture. 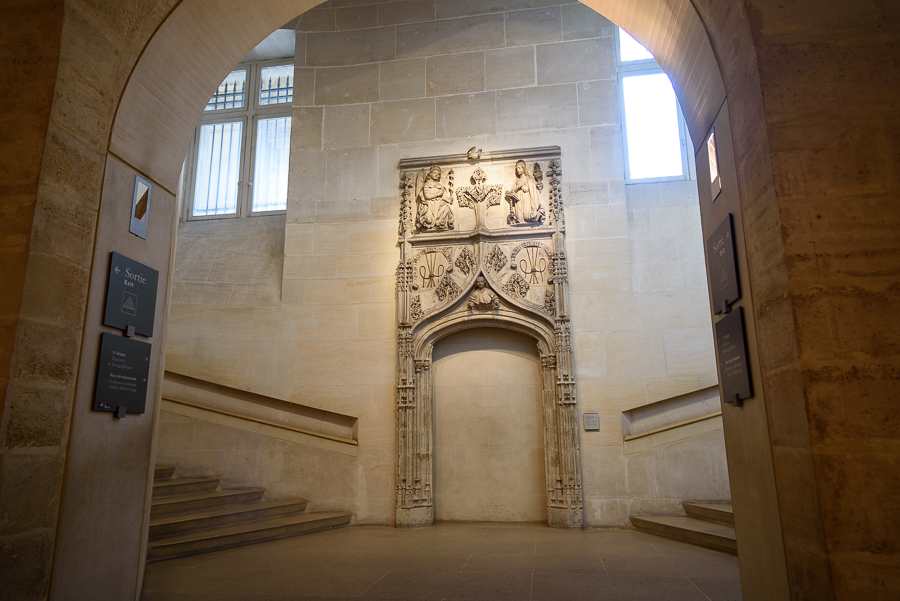 By the time we had made it to the Venus de Milo, the crowds had certainly descended. 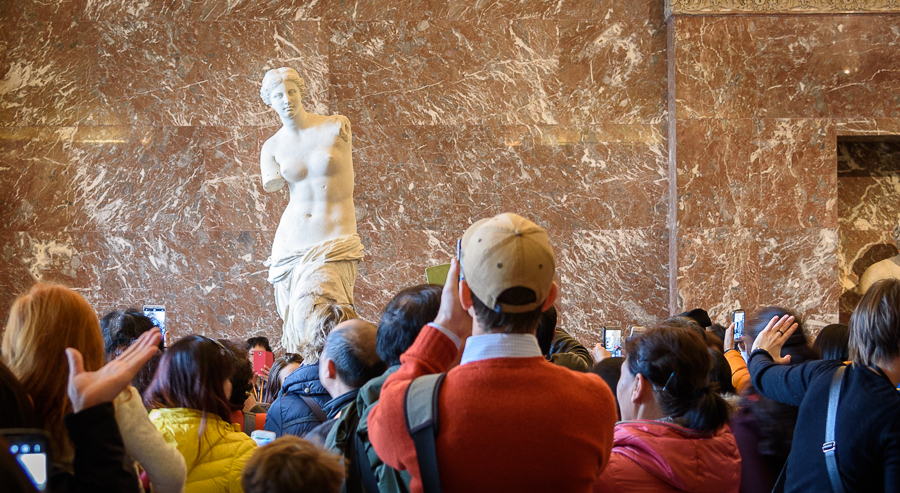 Still, it was possible to create the illusion of isolation despite the hundreds of smartphones crowding the sculpture. 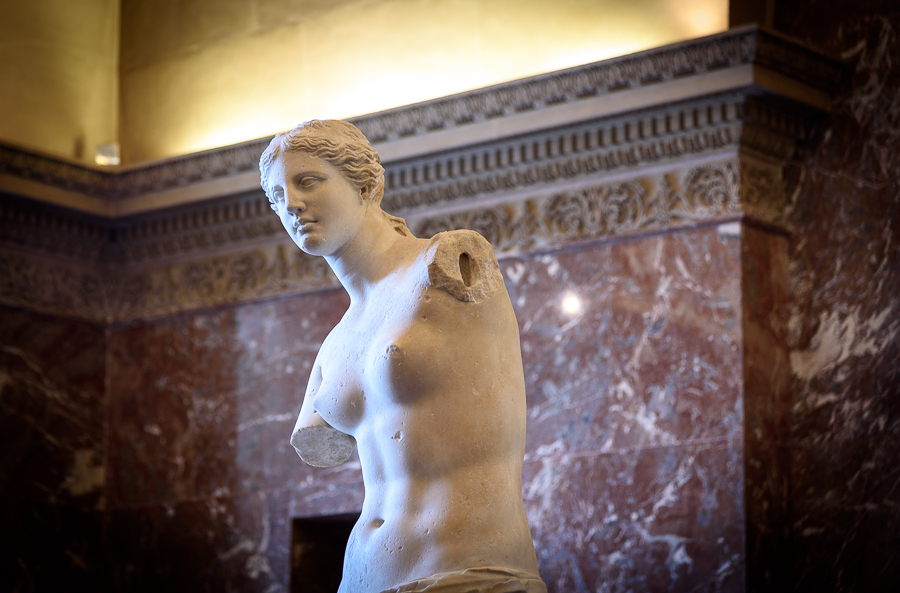 We spent all morning and part of the afternoon at the Louvre. We made our way to a nearby cafe and then began the journey to Sacre Coeur Basilica. 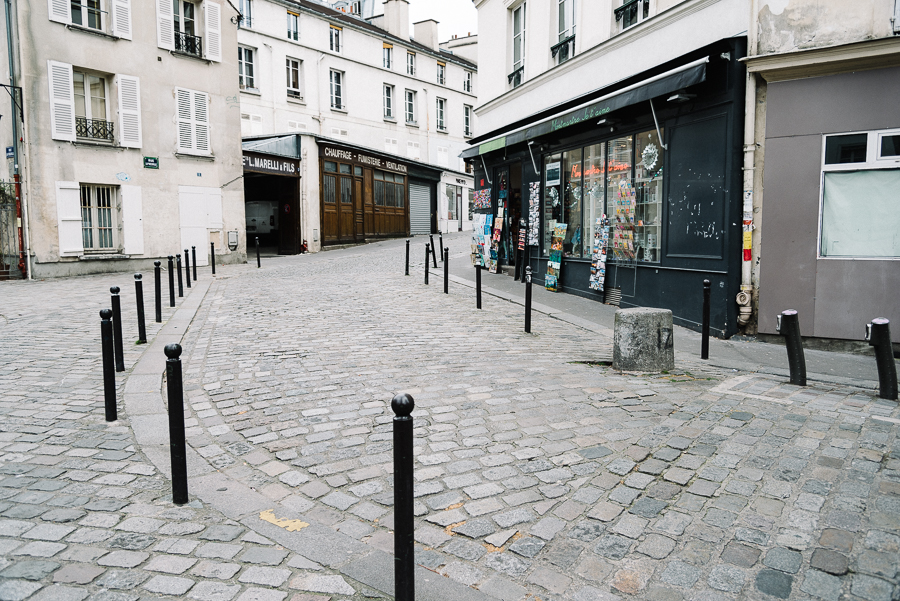 We did not know that it would take so long to walk to the Basilica. 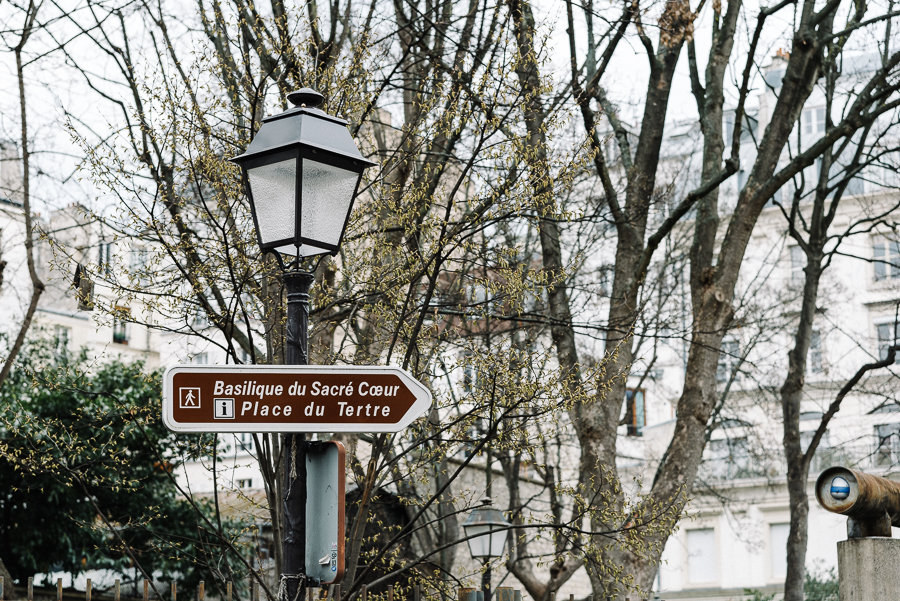 We did not know that it would take hundreds and hundreds of steps to climb up to the Basilica. 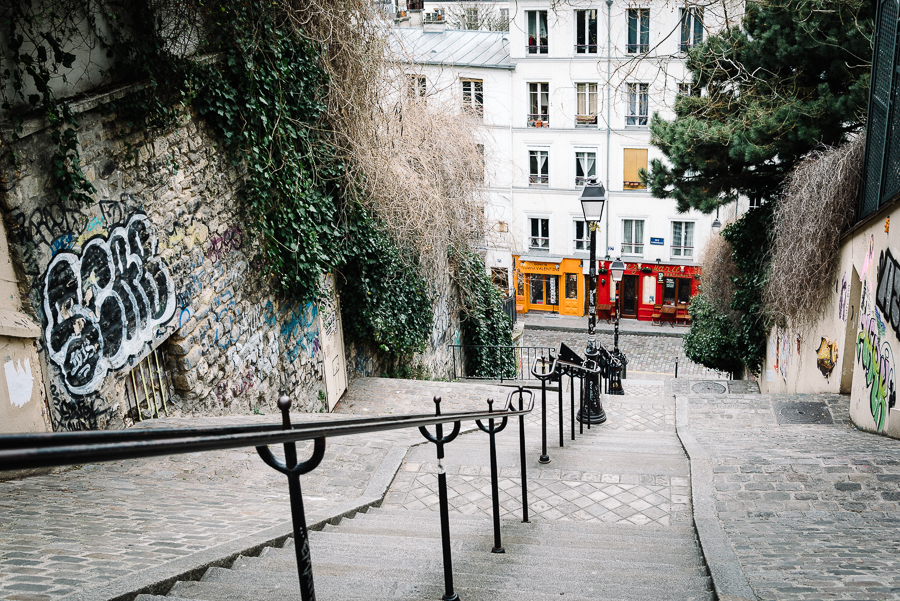 We had a bit of a break at the small town square. It hosts a number of street artists. 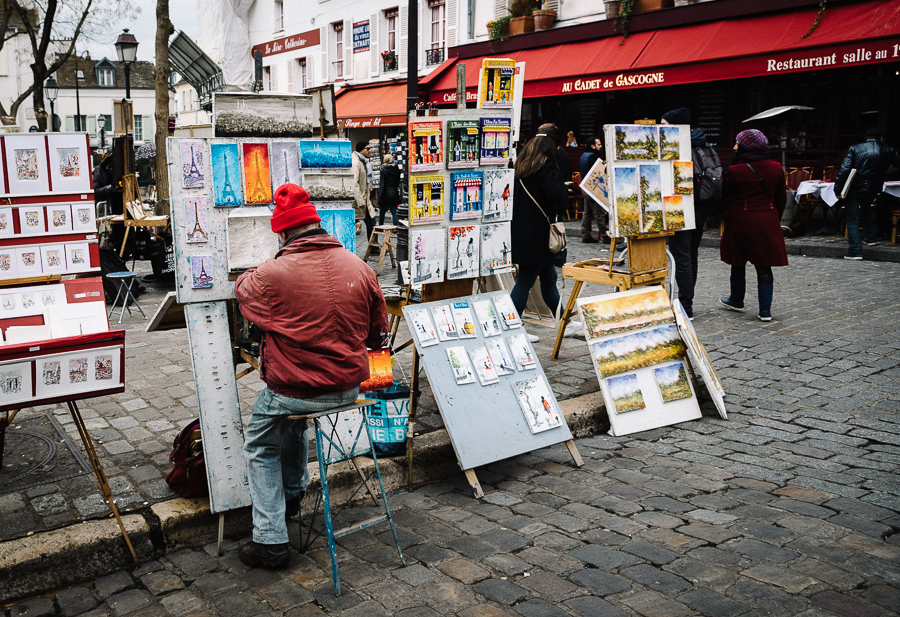 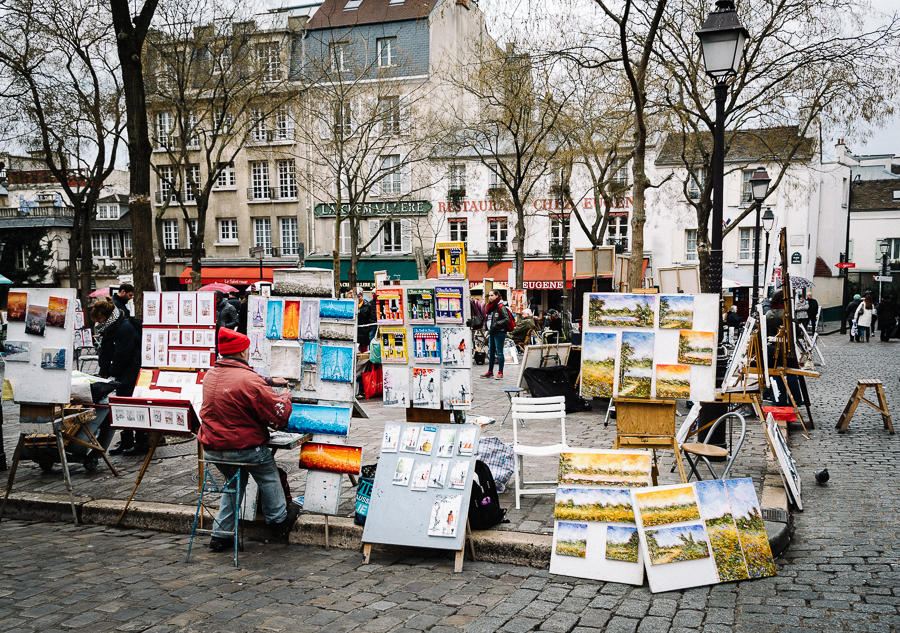 Once we arrived to the Basilica, we naturally wanted to climb 300 more steps to the top of the dome. We were rewarded with some wonderful views of the city. 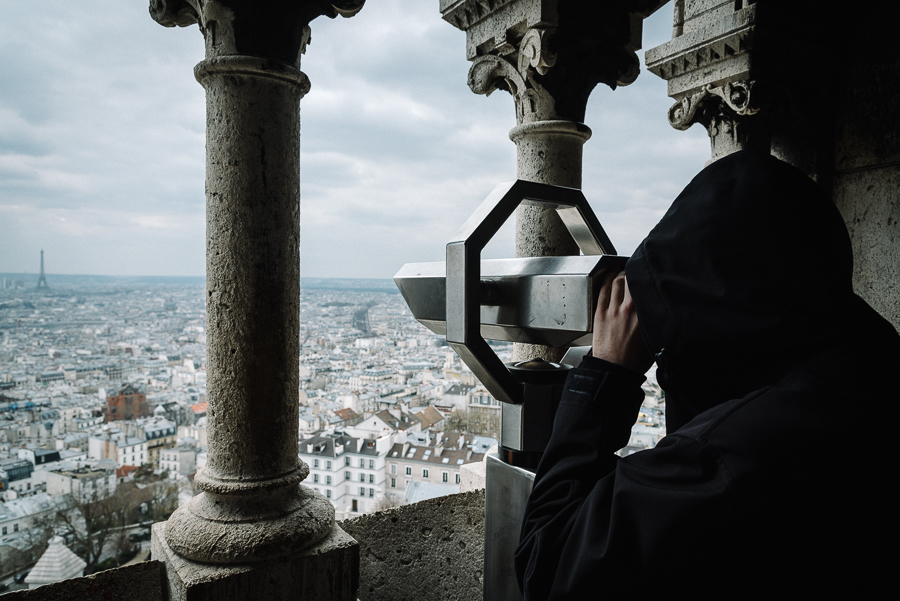 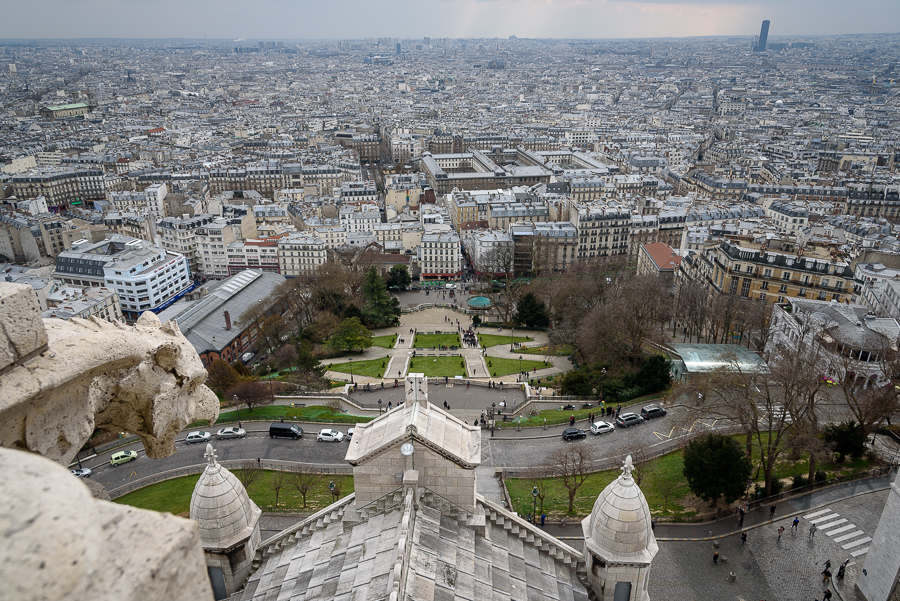 After our tour of the Basilica, we were getting close to dinner time. We wandered around the old town near Sacre Coeur and then made our way back to the hotel. 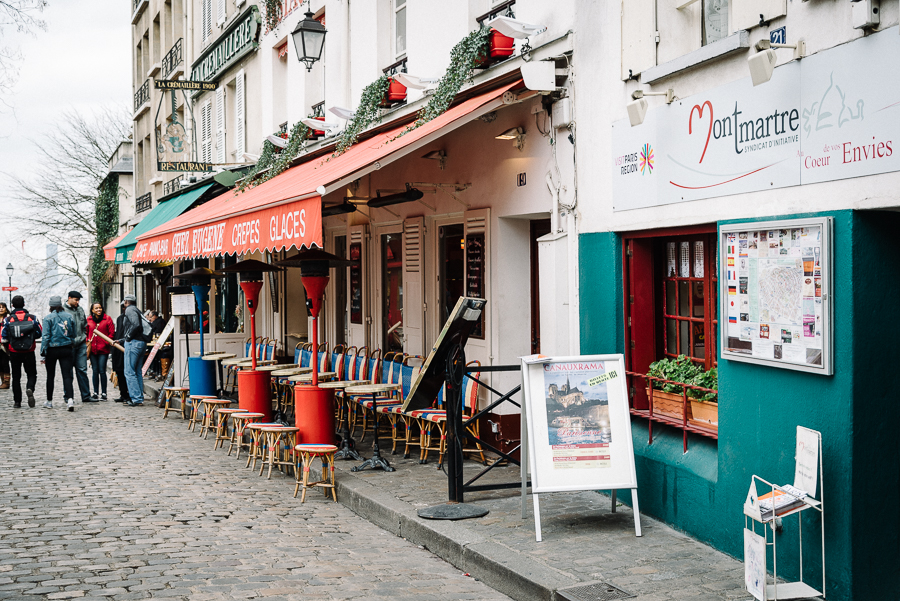