Well, not really day one. More like half day one.

Our train from London was departing at 11:30am and it arrived into Paris at 2:30pm. That allowed us to have our final breakfast at the hotel and take a bit of a walk in nearby Hyde Park before taking the Tube to St. Pancras and then the Eurostar to Paris.

It used to be a simple matter of walking on to the train. With recent events in Europe, there areÂ much tighter passport controls in place. We had to queue to have our passports processed prior to boarding the train. We also had to go through a security protocol that was basically similar to airport security.

The trip itself was a lot of fun. The trains really do move at an impressive speed. We enjoyed a light lunch on the train and arrived at the Gare du Nord station in Paris on time. We also arrived to a large group of protesters. There has been some labour issues in France and the protesters had set their lines on the arrivals area of the Eurostar trains.

Loud whistles, horns and percussion. Fortunately it was relatively easy to walk past the protesters and find a cab.

It was here that I was able to test my French language skills a little bit. The taxi driver was not familiar with our hotel so I had to provide directions to him in French. And it seemed to work just fine. 20 minutes later and we arrived at our hotel. Again I used French to go through the hotel check-in process. So far so good. No one switched to English.

We really only had one item on the agenda for this day: tour the Eiffel Tower.

The Eiffel Tower was about a 30 minute walk from the hotel. We unpacked our bags and made ready for the evening. However, I ran into a little snag. The room key was attached to a massive bell-shaped chain holder with our room number on it. This keychain weighed several hundred grams and it did not fit into my pocket.

I removed the key from the chain holder. Off we went.

As we walked past reception, the front desk asked me if we were heading out for the evening. I said yes. He asked for the key.

Okay. Different tradition. Leave the key with the massive keychain at the front desk.

I told him that I had left the chain holder in the room. No problem. They would find it and hold my key for me.

Not surprisingly, I have a few photos of the Eiffel Tower to share. 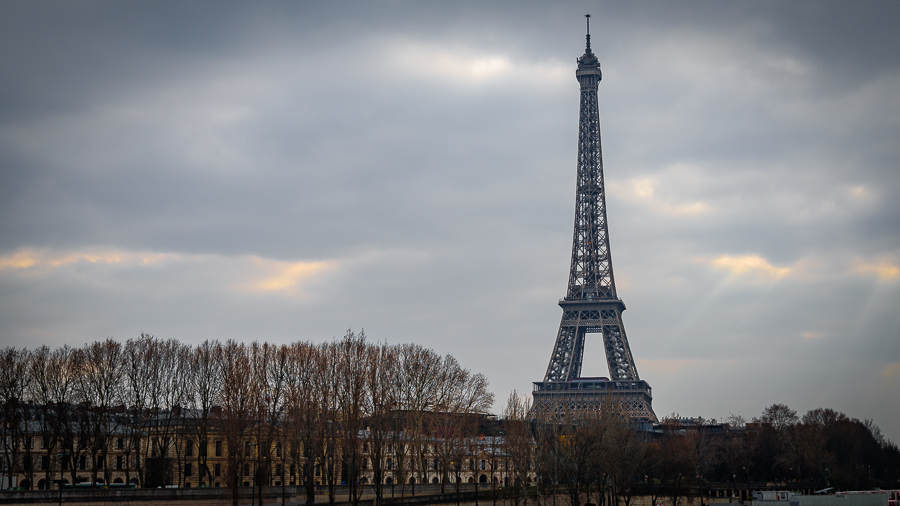 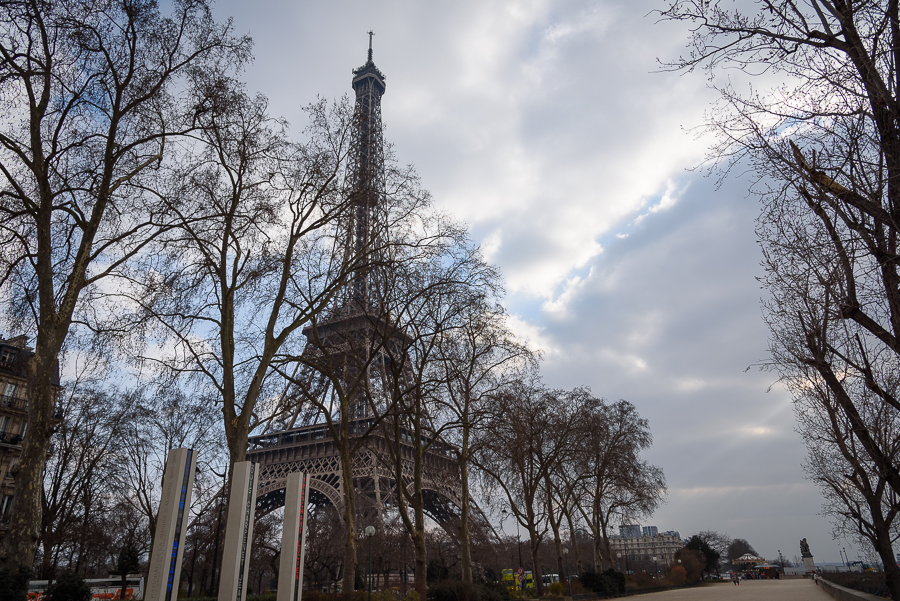 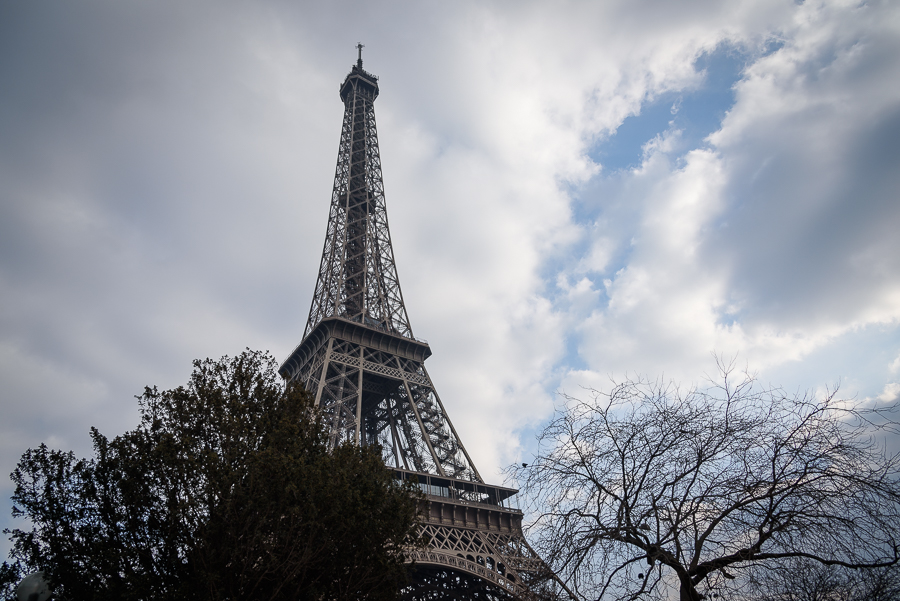 Although the crowds were not that heavy, the amount of time spent standing in lines was in excess of a few hours between buying tickets and waiting for elevators.

Matthew convinced me to go up to the summit of the tower. I was a bit nervous as I do not care to be that high in buildings. In this case we were about 320 metres up in the sky. 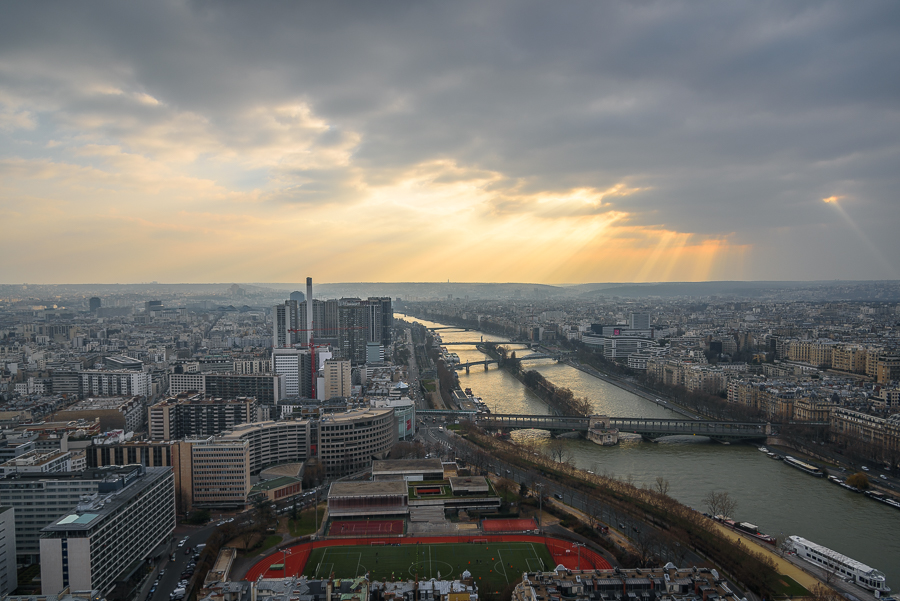 We did not know it at the time but the top outline of aÂ buildingÂ that you see in the photo below — just left of centre on the horizon — is the Dome and Clock Tower of the Sacre Coeur Basilica. We would go there in a few days and climb 300 steps to the top of the Dome which also offers a dramatic view of the city. I think the elevation might be a bit higher than the Eiffel Tower. 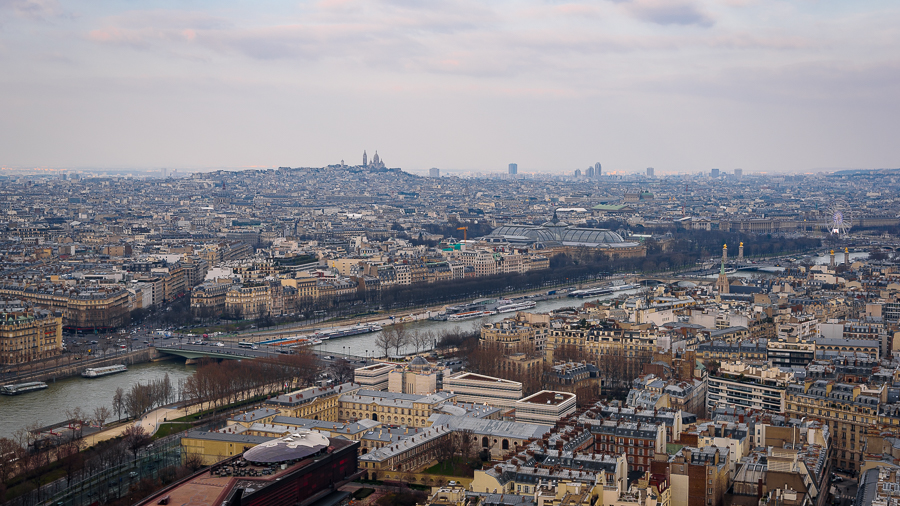 A few more parting shots of the Eiffel Tower as we returned safely to the ground. We made our way to a nearby cafe and enjoyed an evening meal. 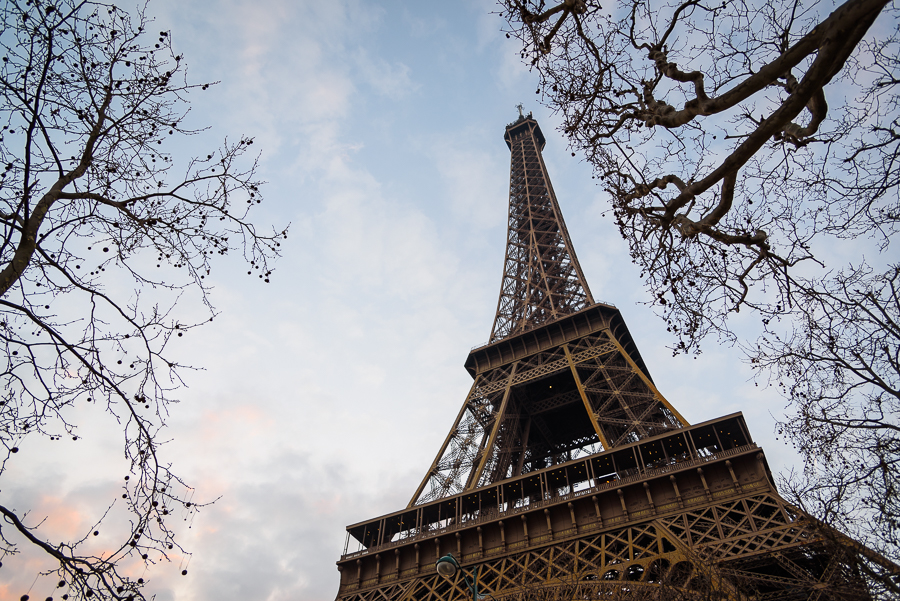 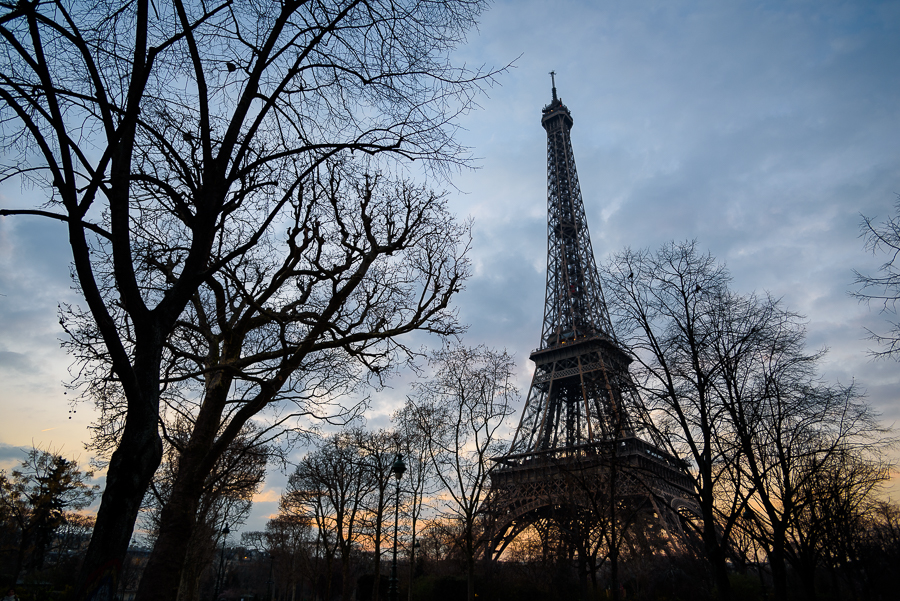 Another full day of touring. But here we were in this amazing city.

Paris day one was finished.