This day was our last full day in London. We left for Paris on the following day. So, needless to say, I saved the best for last. At least I hoped I had for Matthew.

Today we would spend time touring the Tower of London, the Tower Bridge, HMS Belfast and the Imperial War Museum.

First up? The Tower of London.

The crowds were surprisingly large at this time of year and we had a bit of a wait to gather tickets — almost half an hour. However, once we made our way into the attraction, the crowds did thin out and we had no issues with our tour. 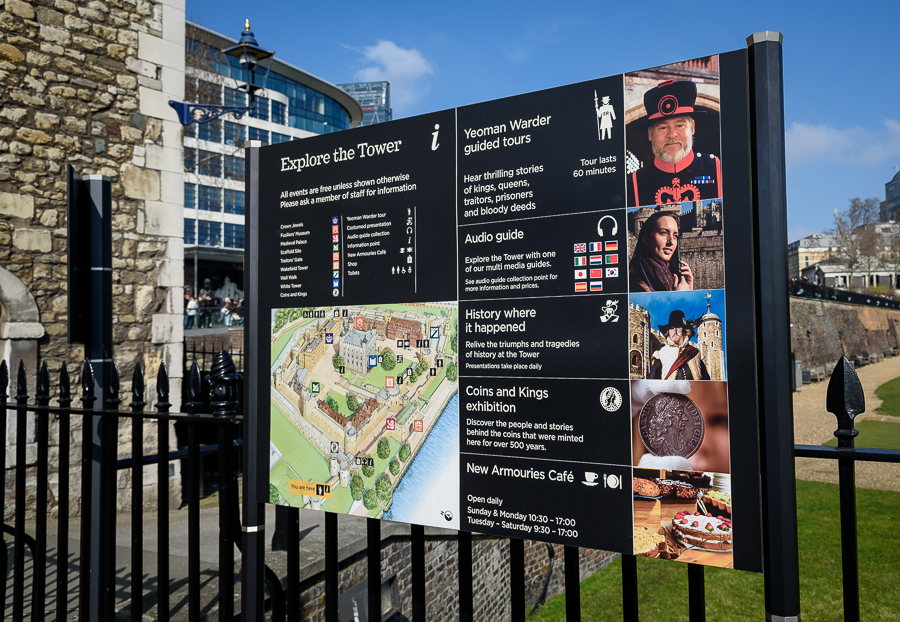 It was interesting to see how royalty lived back then. A true king bed. 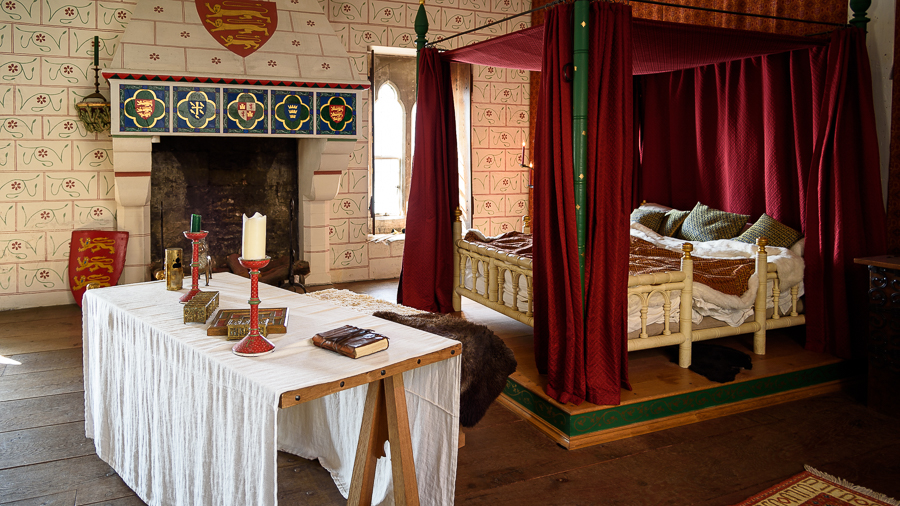 Pomp and ceremony seems to have been an ongoing trait for humans. This throne for example. Quite the chair. I wonder how something like that might look in my office? 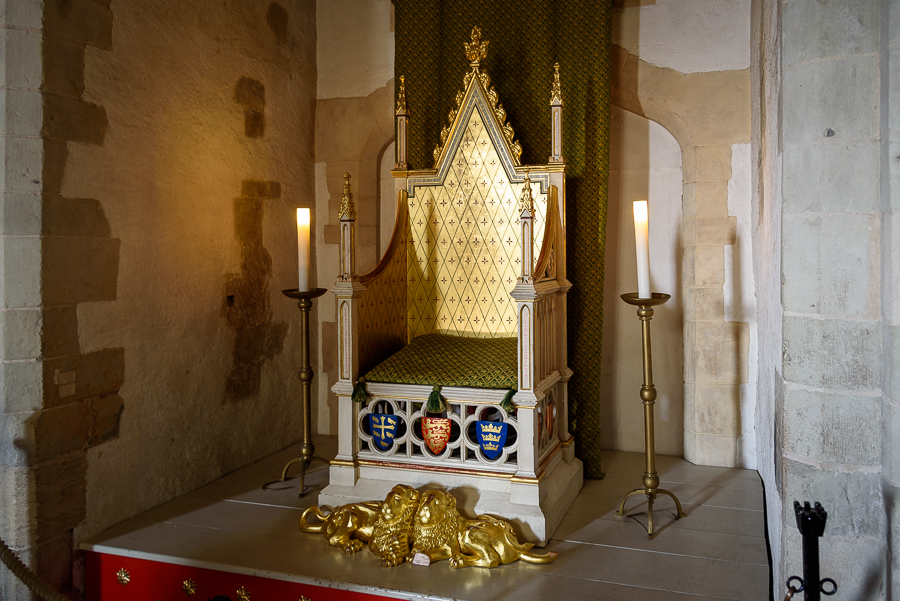 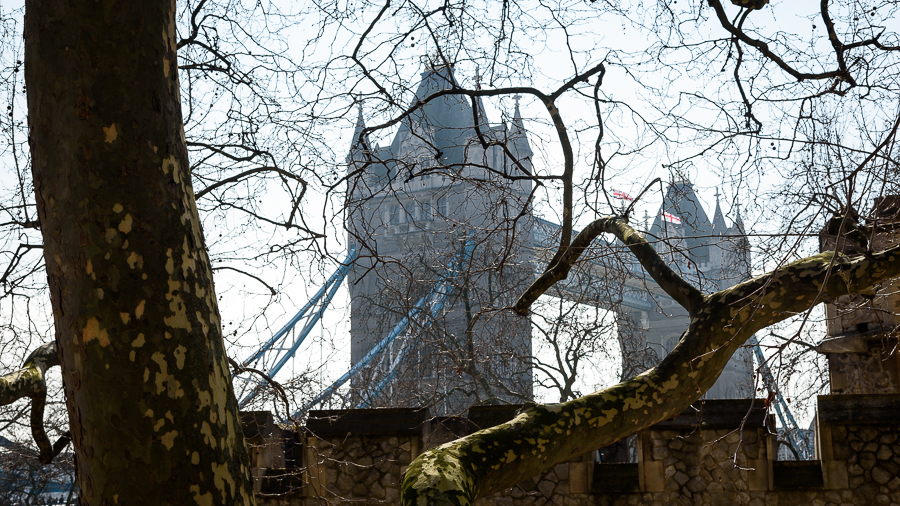 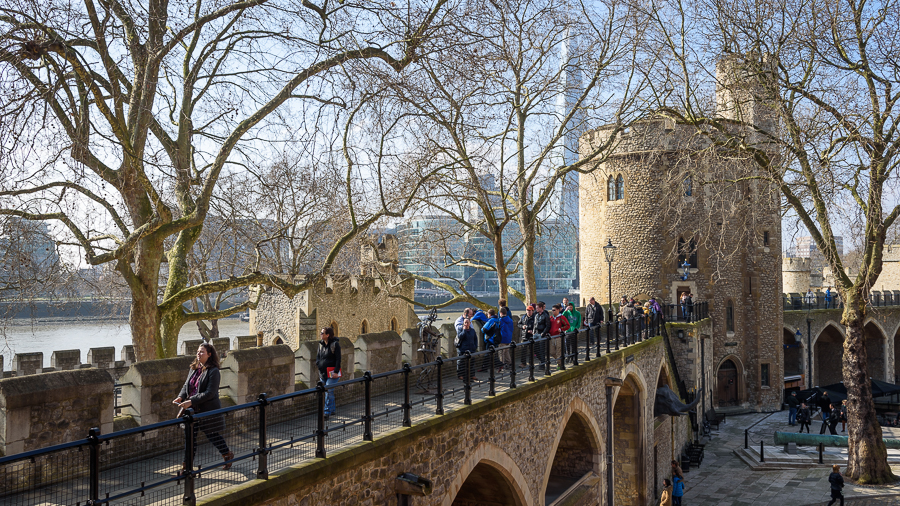 We were able to walk through the Crown Jewels display which was being protected by the Queen’s Guards. 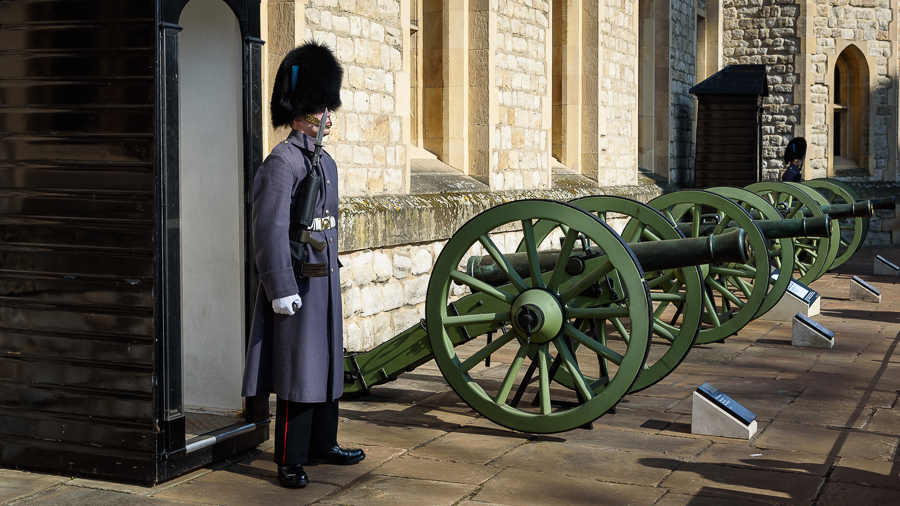 Matthew was quite concerned about the colour of the Queen’s Guards. Shouldn’t they be wearing red? 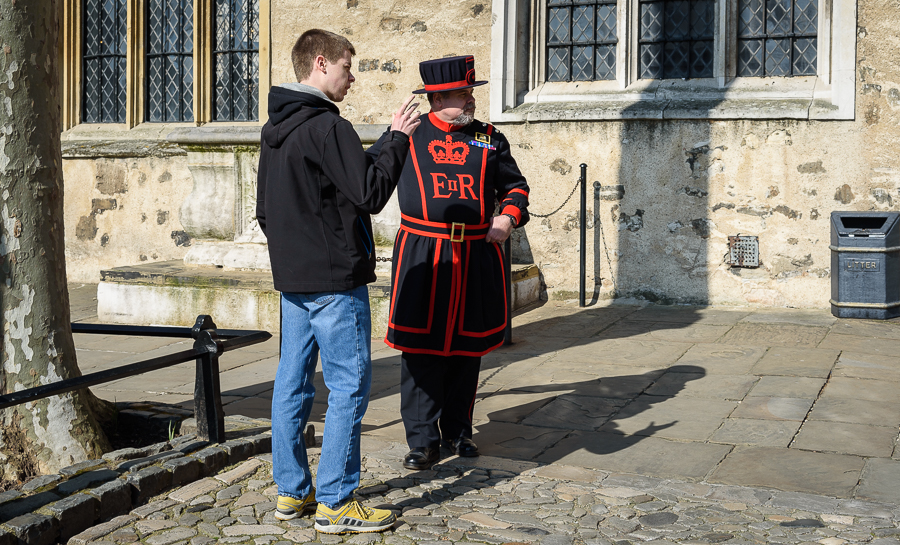 As we continued our tour, we could see the HMS Belfast in the distance. 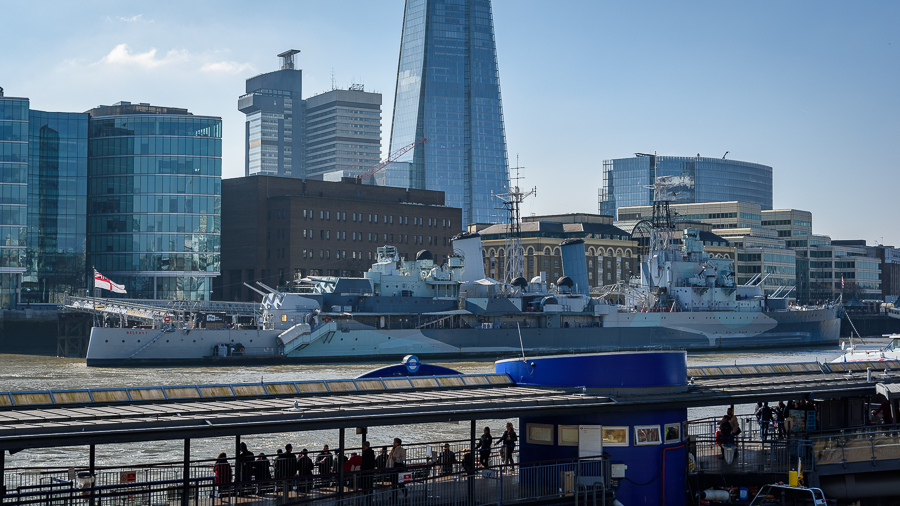 After we spent the morning touring the Tower of London we made a brief stop for lunch and then proceeded to the Tower Bridge. Here are a couple of shots of Matthew to prove that he had crossed the Tower Bridge. 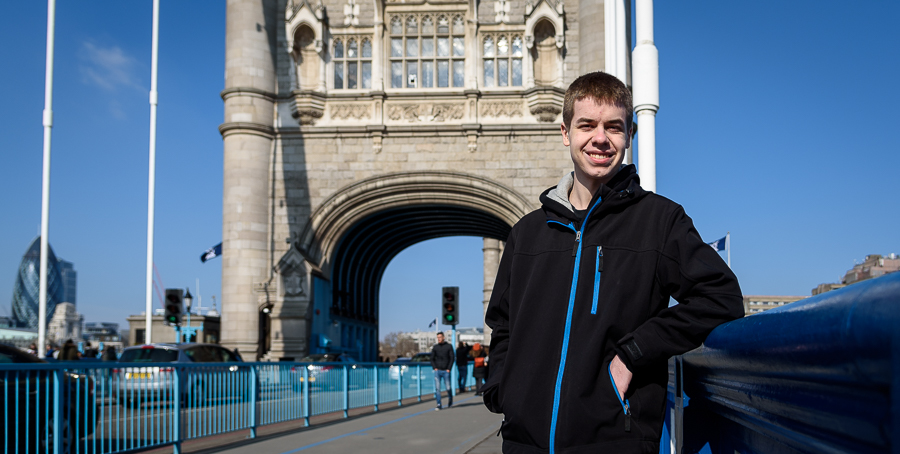 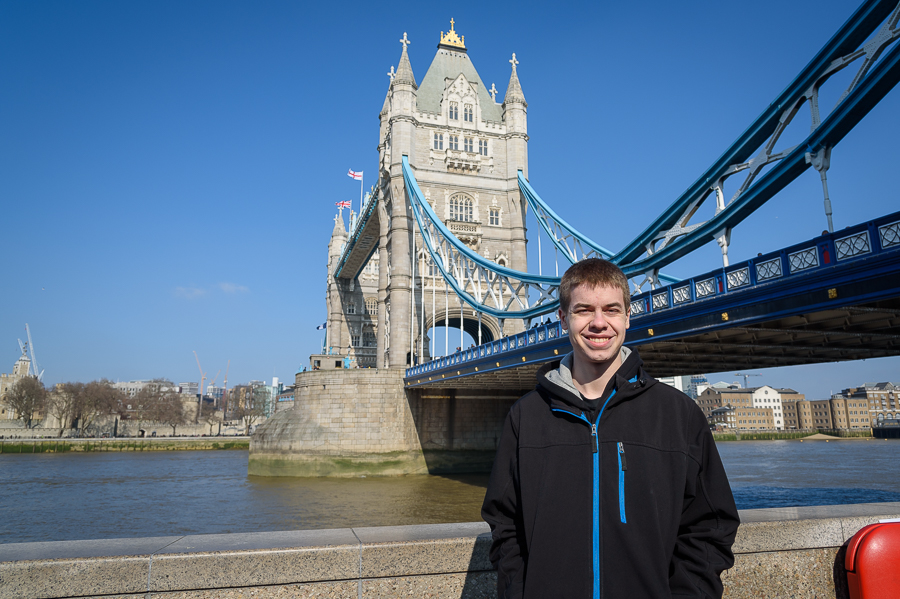 We spent most of the afternoon touring the HMS Belfast. There must be something about an old World War II naval ship that captures the imagination. I thought we would spend an hour or so on board. We spent almost three hours going through the ship. 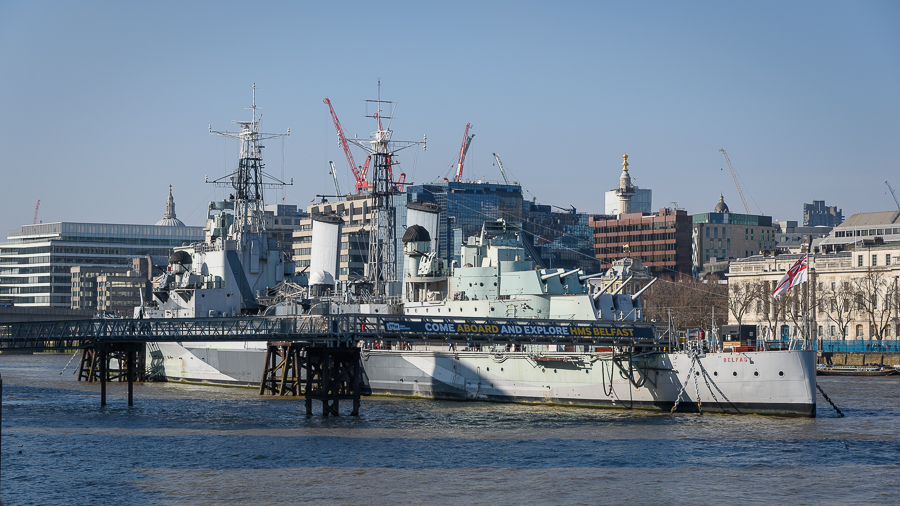 And this is the only shot of me in England. In the Captain’s chair of the HMS Belfast. I think I have a bit of that naval officer look going on don’t you agree? 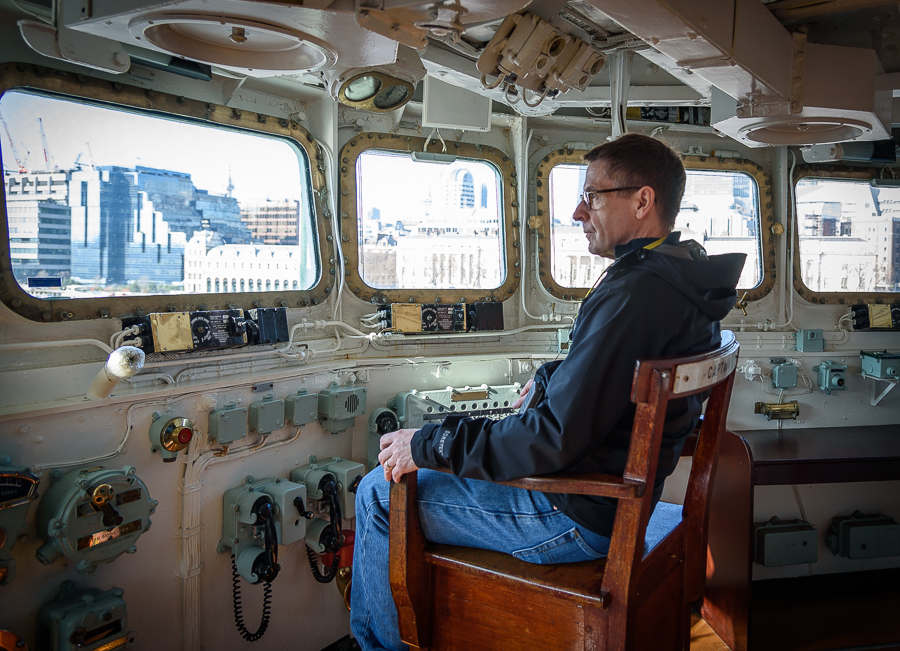 We made it to the Imperial War Museum much later than I had planned. We only had an hour or so before it closed. We spent most of that time going through the Holocaust exhibit. A very powerful exhibit and truly shocking to consider how theÂ Nazis persecuted and murdered European Jews. 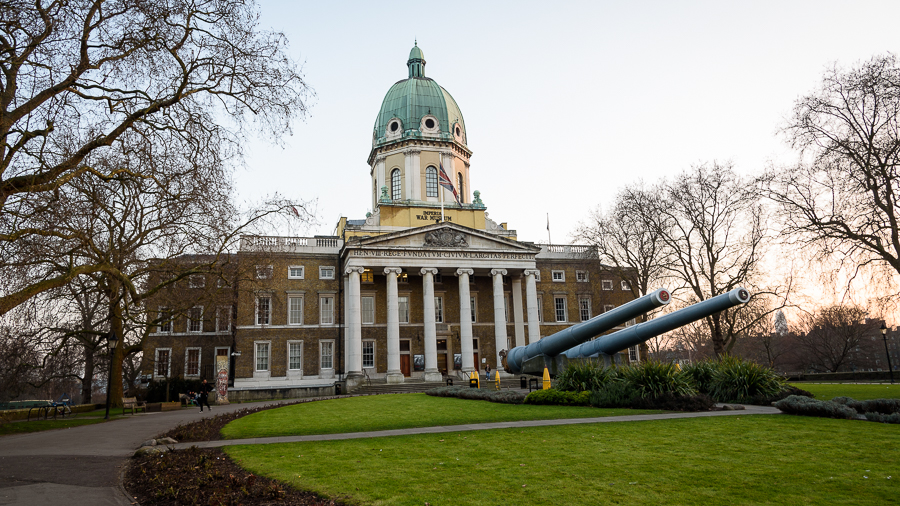 We were quite late getting back to our hotel and, with all of the walking, we decided to order room service as opposed to finding a restaurant. Over 25,000 steps this day.

Day 4 in London had finished.