Our third day in London. Another bright, sunny day.

First up was a tour of Green Park. Green Park is roughly 47 acres and offers a beautiful way to enter the grounds of Buckingham Palace. There are no lakes or buildings in Green Park. 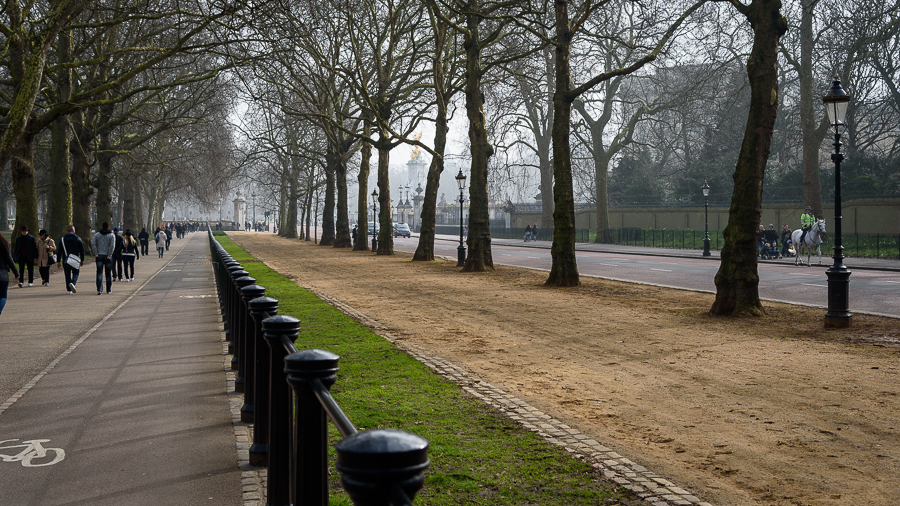 There are a few monuments and we spent time at one of those monuments, the Canada Memorial. 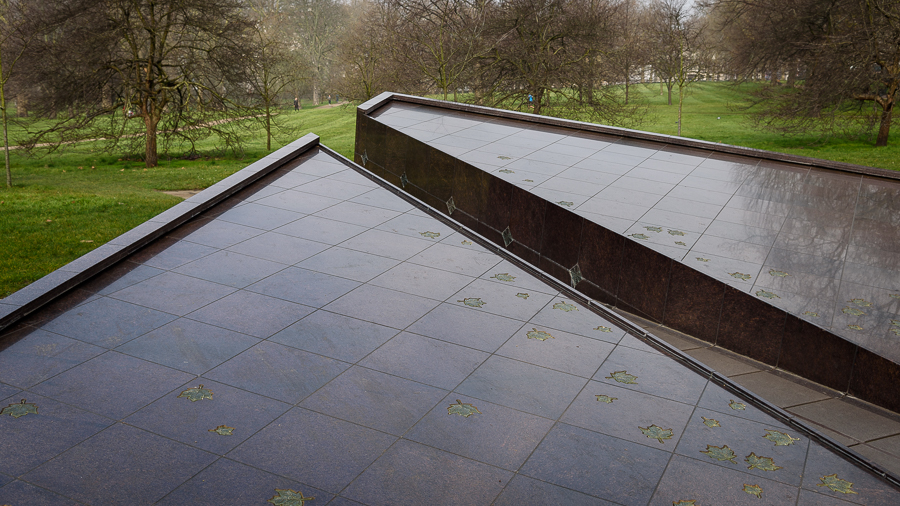 This is the gateway between Green Park and the entry into Buckingham Palace. 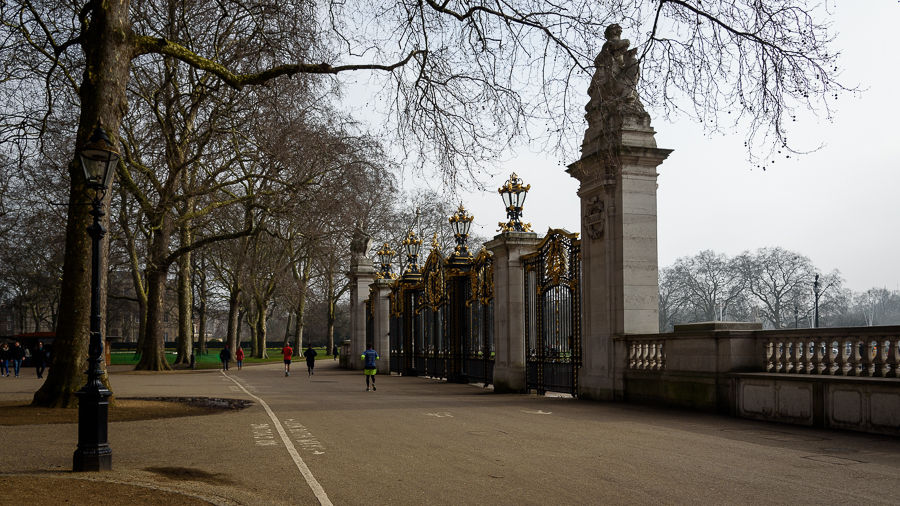 A view of the same gateway from the other side. Note the prominence of the word Canada. 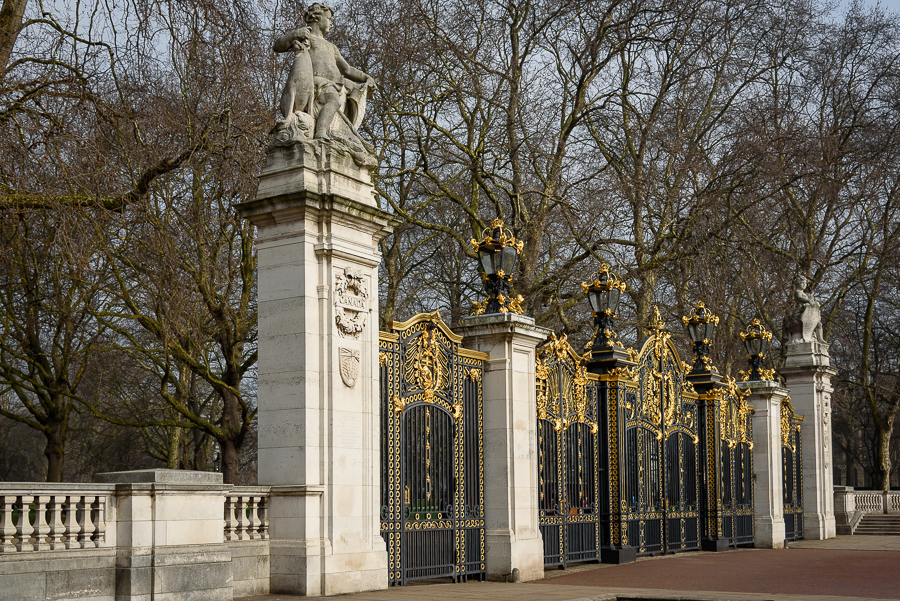 There were a number of police standing guard over the palace. And they carry some pretty serious hardware. 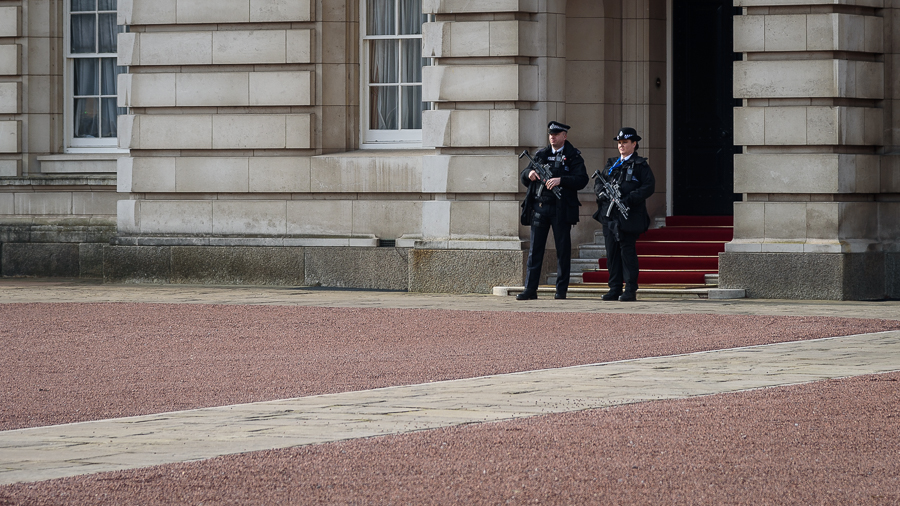 The crowds arrived early to view the changing of the guard at Buckingham Palace. 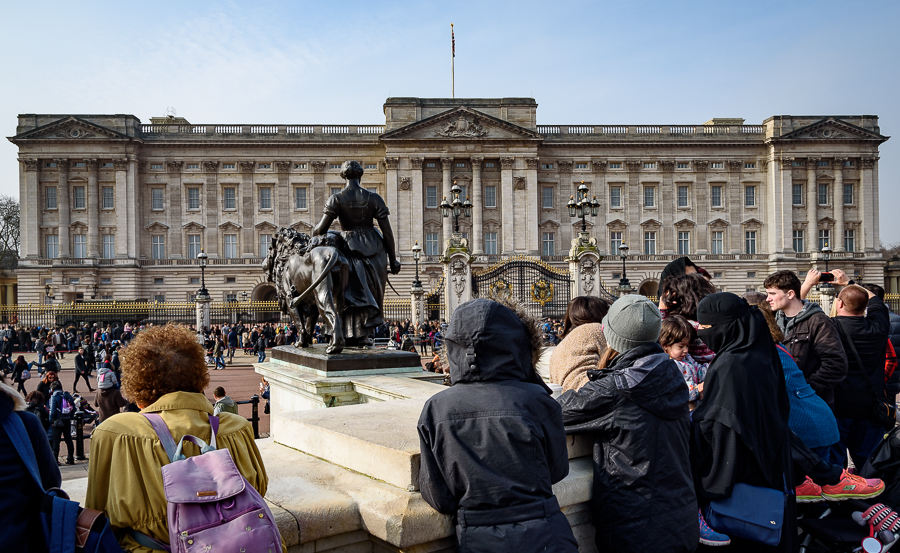 We had planned to see the Queen’s Gallery as well however it was closed for the day. So we made our way to the Victoria and Albert Museum.

This museum holds the world’s largest collection of decorative arts and design with somewhere over 4.5 million objects. There are no less than 145 galleries in this museum so clearly our time here would be limited to just a few of them. 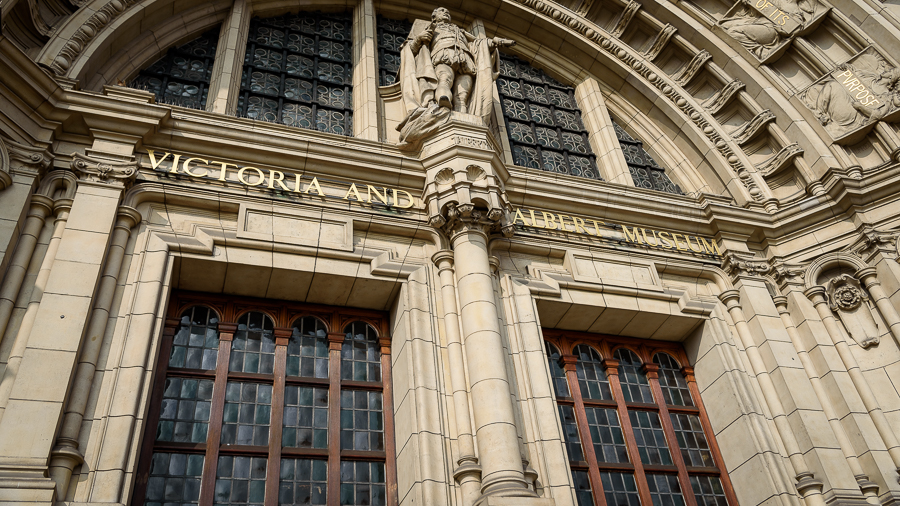 Many of the galleries looked like this one. Huge spaces with incredible artwork. 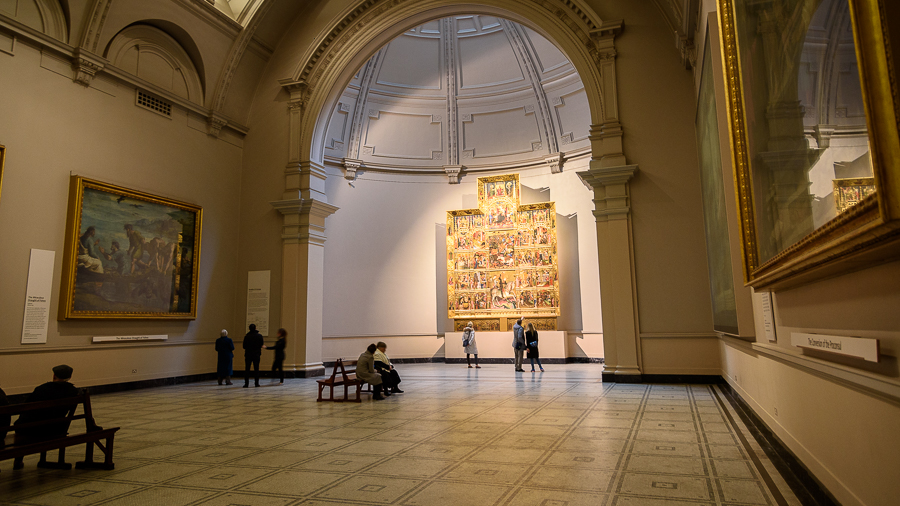 We decided to have our lunch at the Victoria and Albert Museum and then, after completing our tour here, we made our way on our walking tour of London. This included walking through Hyde Park and Kensington Gardens. The picture below is of the Albert Memorial in Kensington Gardens. It is directly across the Royal Albert Hall. 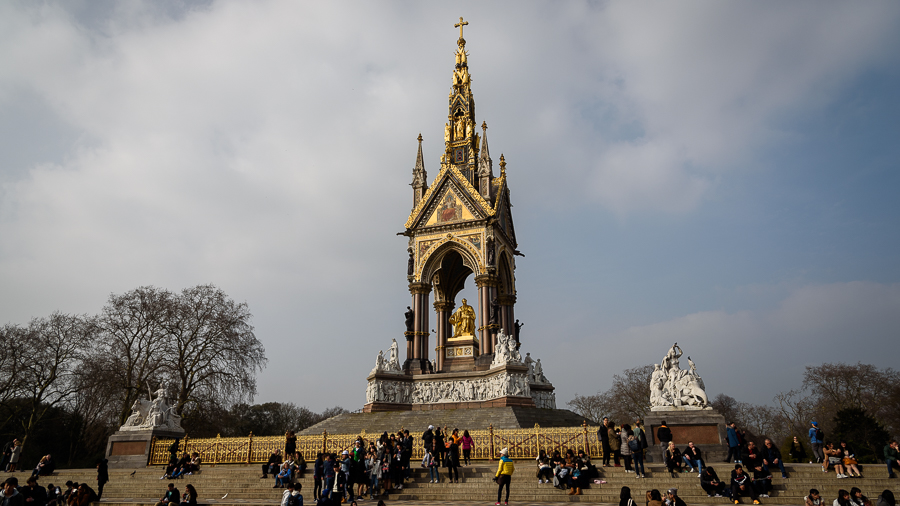 We came across a number of interesting buildings as we walked through London as you can see in the next three photos. 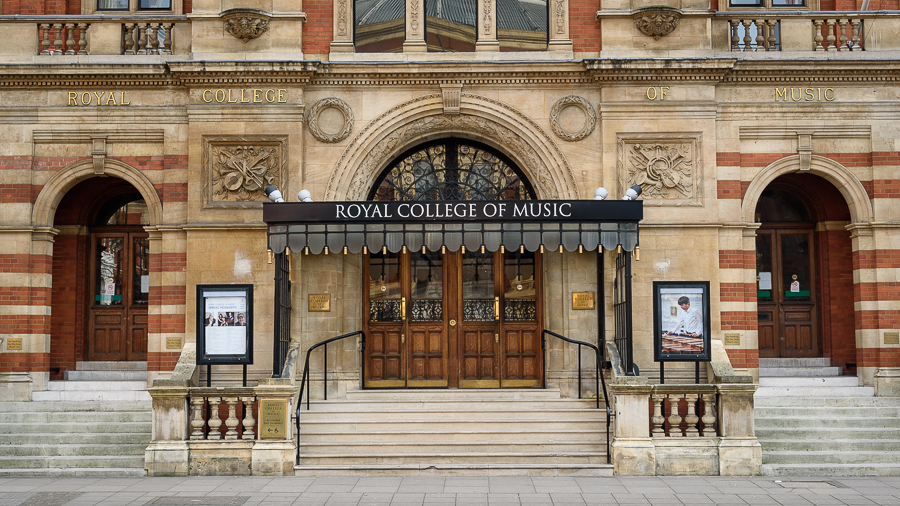 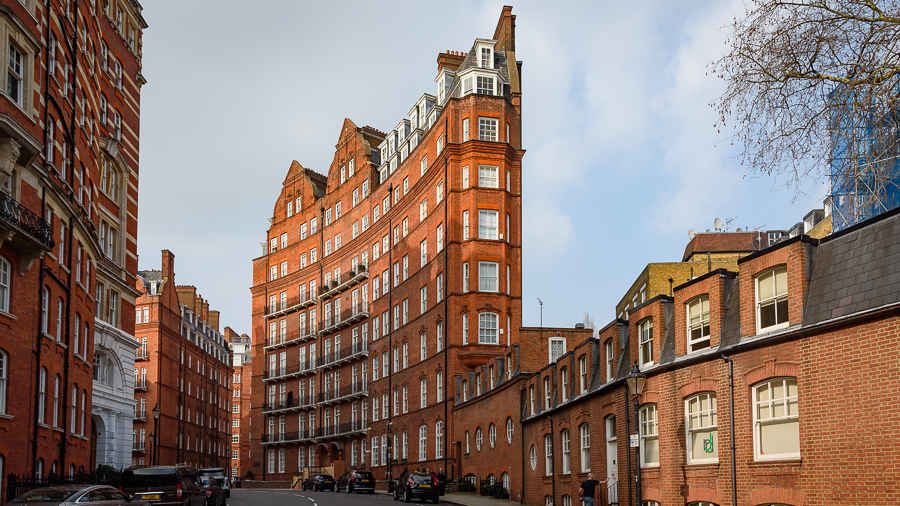 And, towards the end of the day, we made our way to Chinatown. 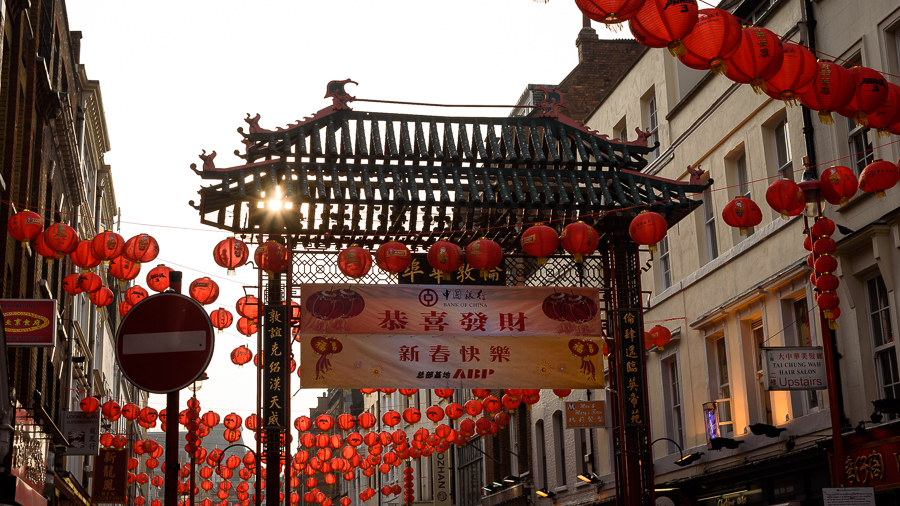 We broke for dinner and then took in a movie called London Has Fallen.

Day 3 in London was now complete.