Our second day in London. Bright, sunny skies. Mild temperatures. A perfect day for walking outside.

We took our breakfast at the hotel. The hotel restaurant overlooks Hyde Park, a 350-acre park in the heart of London.

Here is a shot of the front of our hotel. 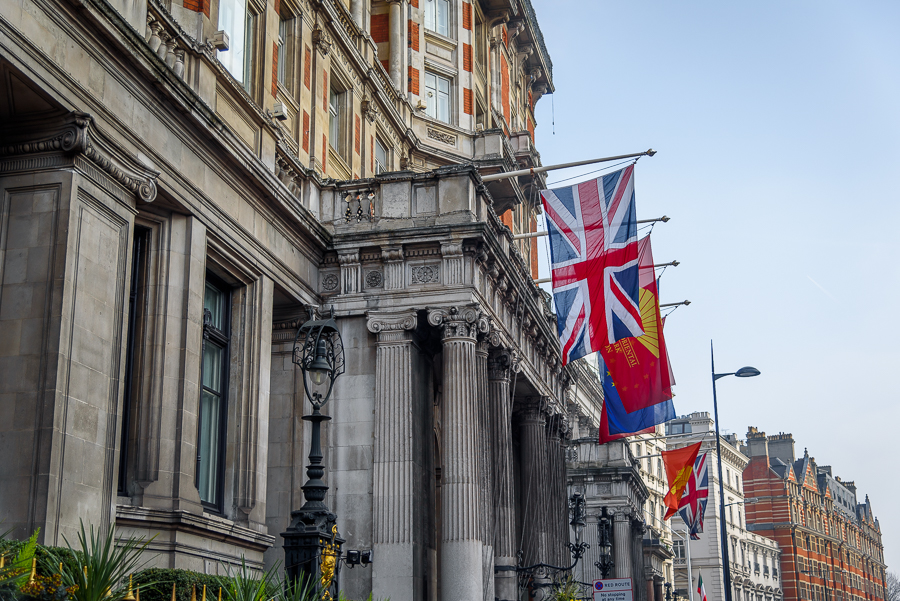 Our first stop for the day was Trafalgar Square and the National Gallery. We spent about an hour walking around the area. So many points of interest however I will highlight just one. 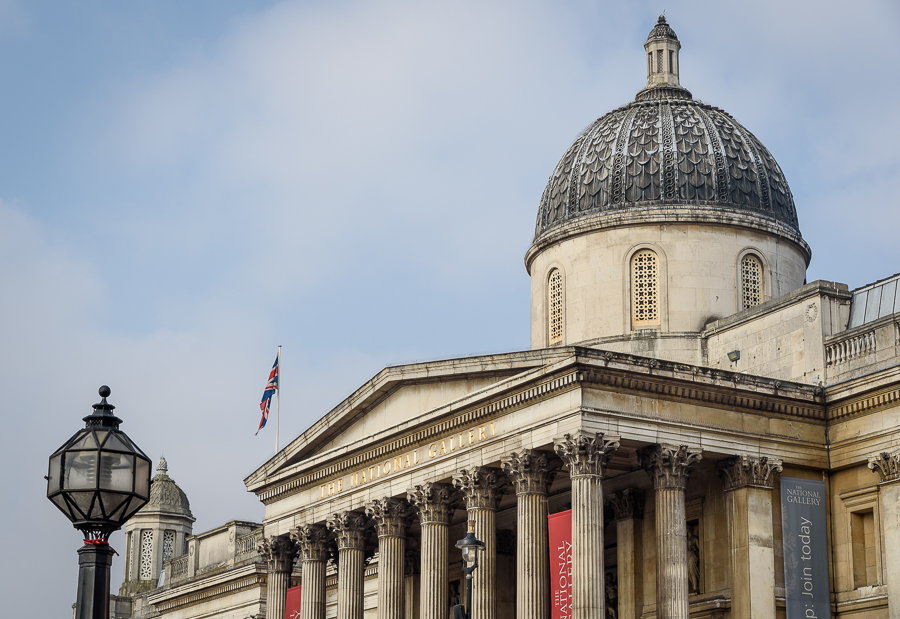 The Canada House which is home to the High Commission of Canada in London. It is a stunning building with quite the history. Canada House was built between 1824 and 1827 by the same architect of the British Museum, Robert Smirke. The Canadian government purchased the building in 1923 for Â£223,000.

The building was opened in 1925 by King George V. And this is what he had to say about it:

Canada is a great country: alike in the literal sense of vast extent from sea to sea and great in achievement and in promise: and it is right and necessary that its official representatives here should be housed in a manner worthy of the Dominion and adequate to the discharge of their ever-growing and important duties.

Canada House was closed as a cost cutting measure in 1993 although that decision was reversed due to a change of government in Canada. And it was closed again in 2010.

It was definitely open while we were in London. Lots of Canadian flags. 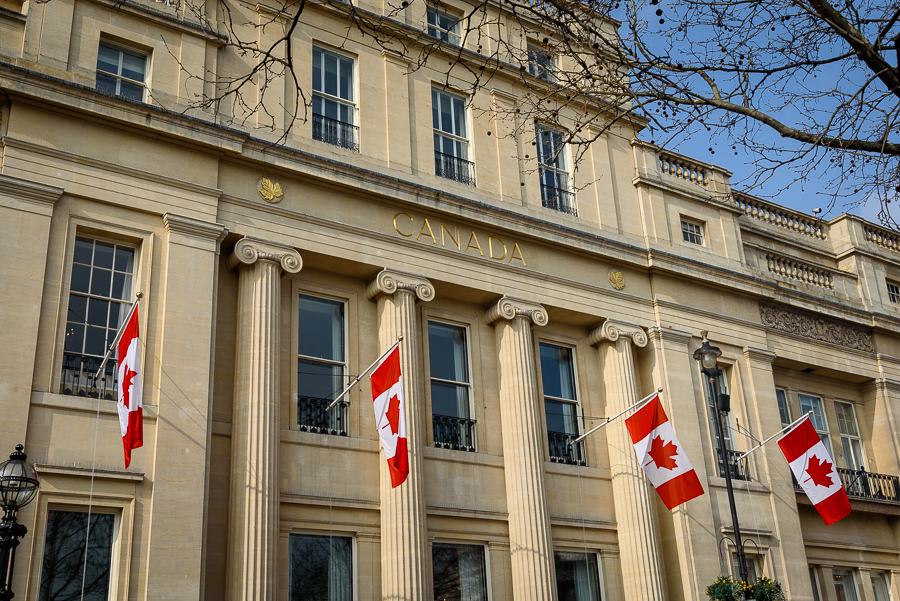 And here is proof that Matthew was indeed at the National Gallery in London. 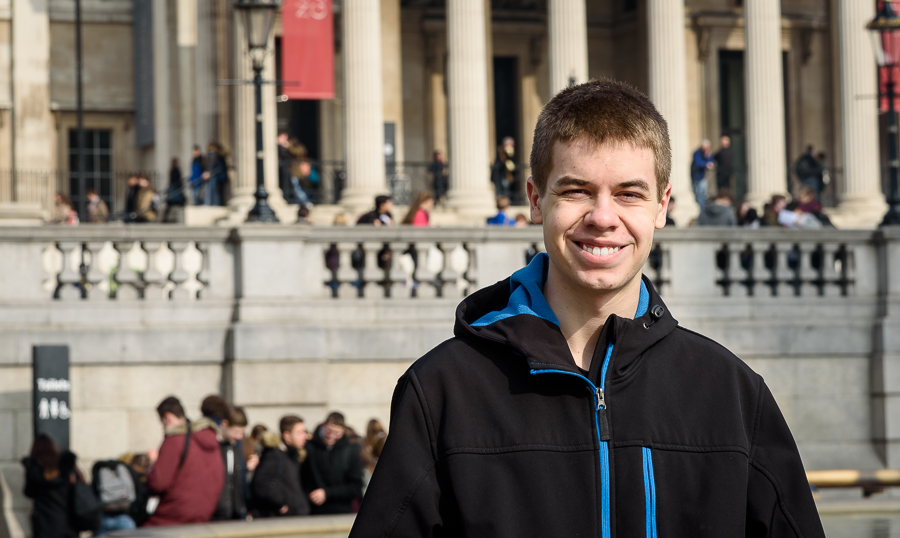 Inside one of the great halls of the National Gallery. 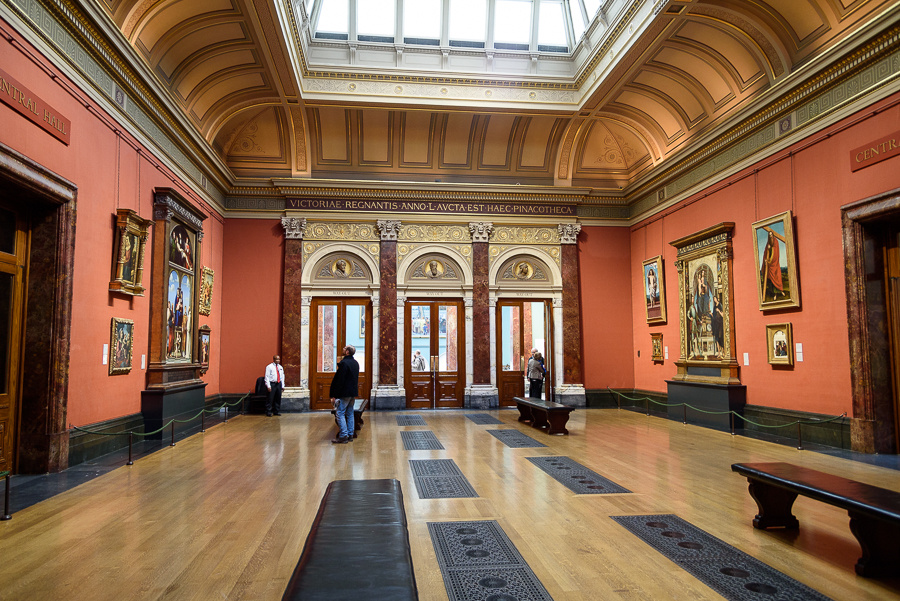 After our time at the gallery, we started our walking tour of historic London. We began at St. James Park. It was nice to see the flowers in bloom. 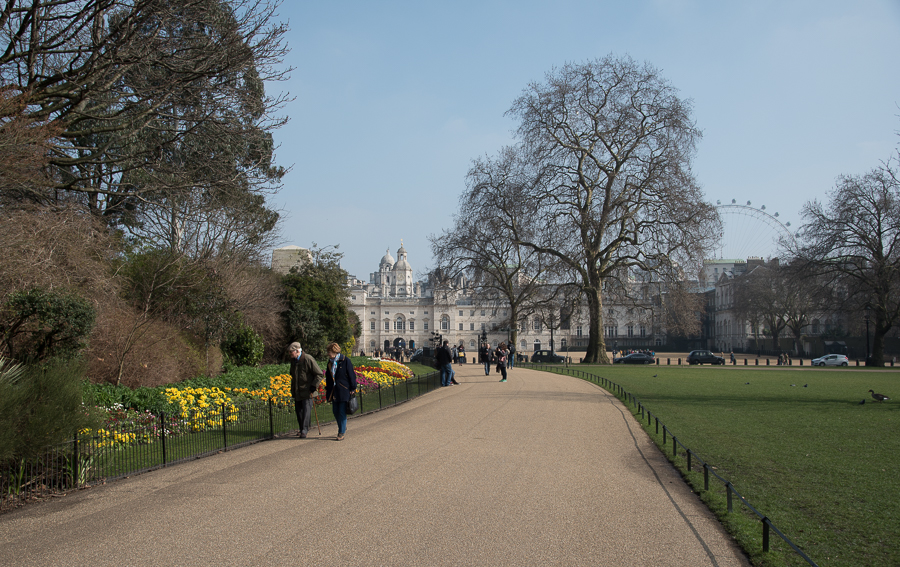 As we made our way to the Parliament buildings and Big Ben, we spied the London Eye at a distance. Time for a ride. 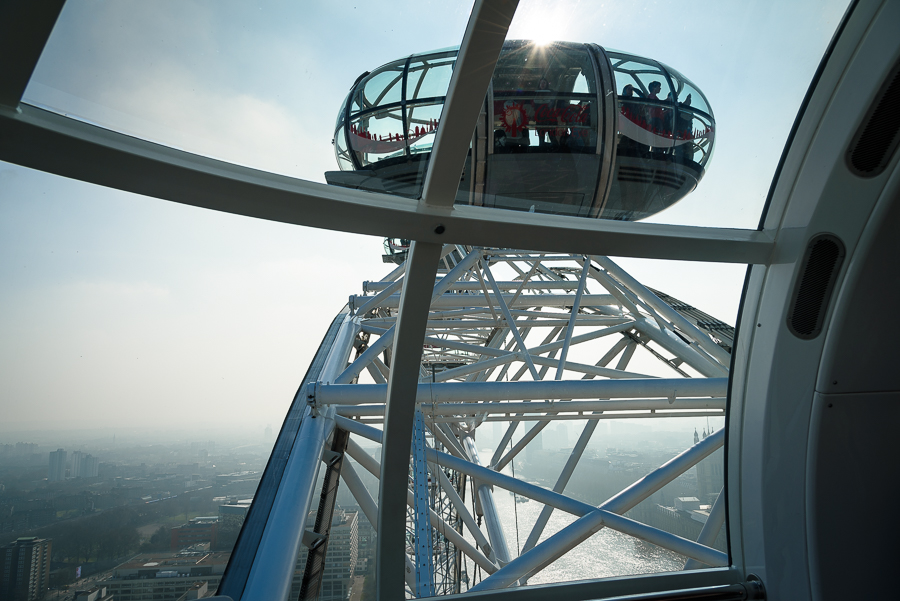 The London Eye is Europe’s tallest Ferris wheel and it reaches 335 metres in height. It is apparently the most popular paid tourist attraction in the United Kingdom. This was probably one reason why we paid the extra money for an express ride. Otherwise we might have spent a very long period of time standing in line. Great views of the city such as the Parliament buildings and Big Ben. 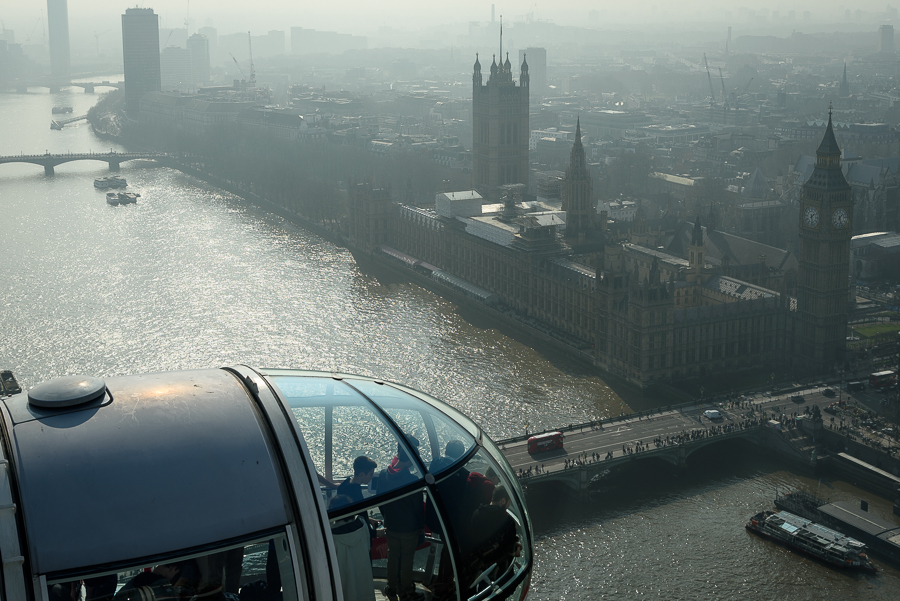 After the London Eye we made our way up to Westminster Abbey. 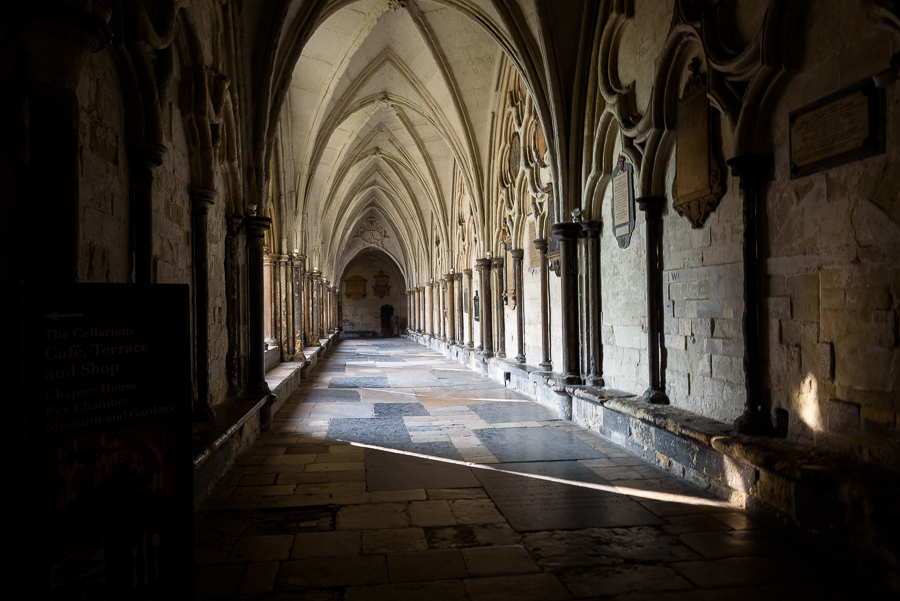 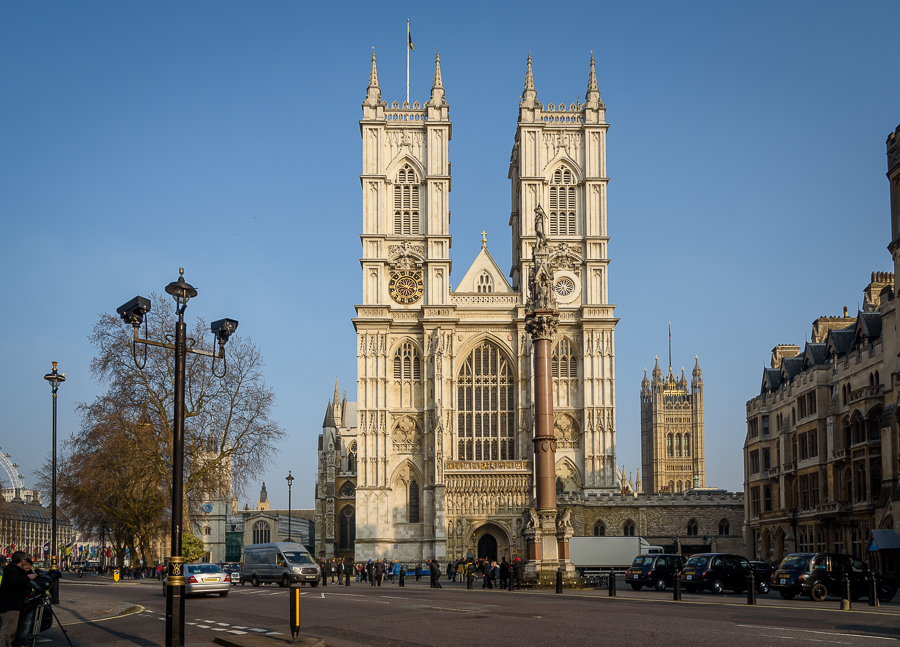 The weather remained terrific for outdoor walking so we made our way from the downtown area to Covent Garden. 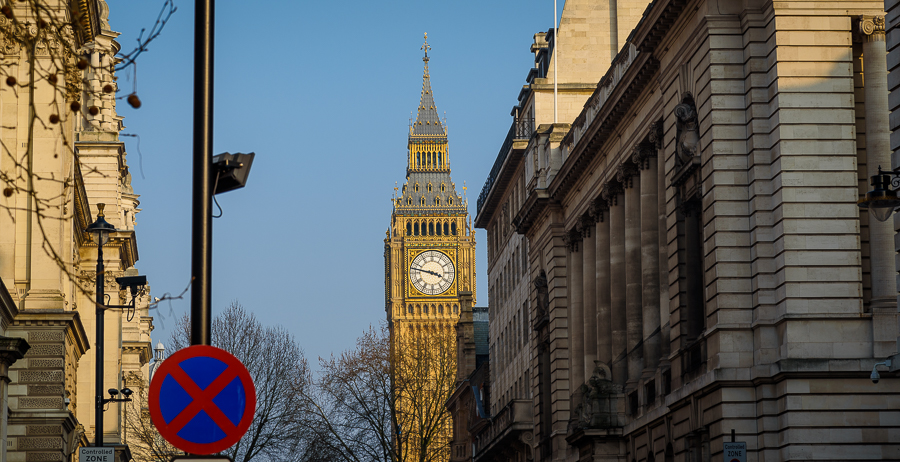 At the Covent Garden Square we were entertained by two unicyclists. They were older gentlemen with a unique ability to execute stunt riding on a single wheel while entertaining the crowd with that traditional dry British wit. 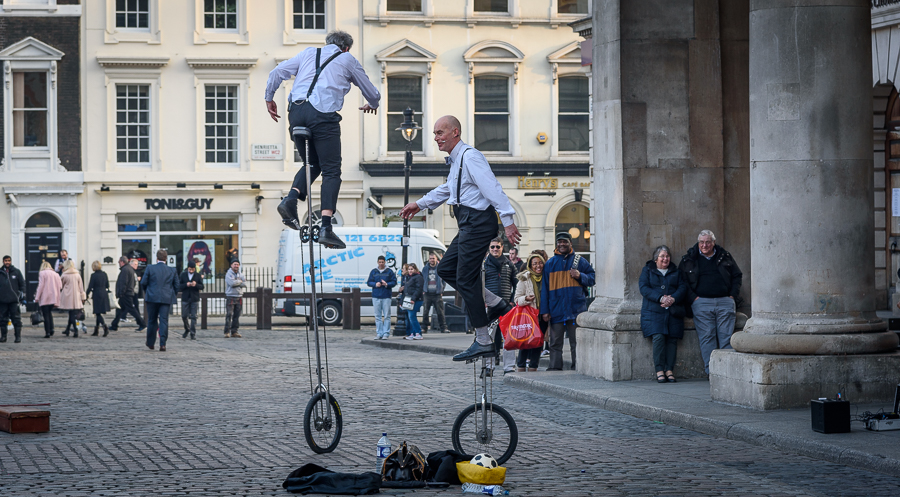 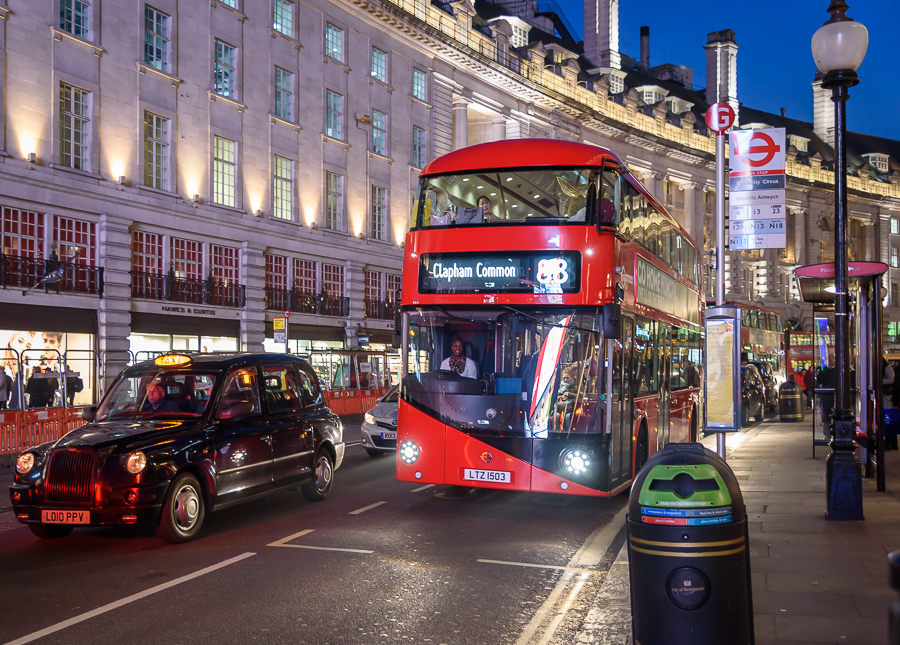 A successful day two in London. Over 20,000 steps that day. Our poor feet.