Now that we have returned to Canada, I can go through some of the photos and share with you a little bit of our itinerary in more detail.

We had left Toronto Pearson at 6:30 last Wednesday evening. The flight arrived into London the next day at 6:30 in the morning local time. Which meant that we had to push through a day of touring and put off sleeping for about a day and a half. The jet lag hit us hard by about 3:00 in the afternoon but we managed to keep awake until 9:00 in the evening before finally taking in some much needed rest.

It was a fairly quick and easy entry into the city. Clearing customs into England was straightforward. And, from the airport, we took the Heathrow Express to Paddington Station and a cab from Paddington Station to the hotel. We checked in to the hotel at around 9:00am, left our bags there, and made our way to St. Paul’s Cathedral.

However, on our way to the cathedral, we decided that it would be a good idea to eat a small breakfast at a nearby Pret a Manger. Pret a Manger is the U.K. response to Tim Horton’s. Although with a much wider array of food choices. I counted 187 Pret a Manger restaurants in London. They are as common as the CCTV cameras. 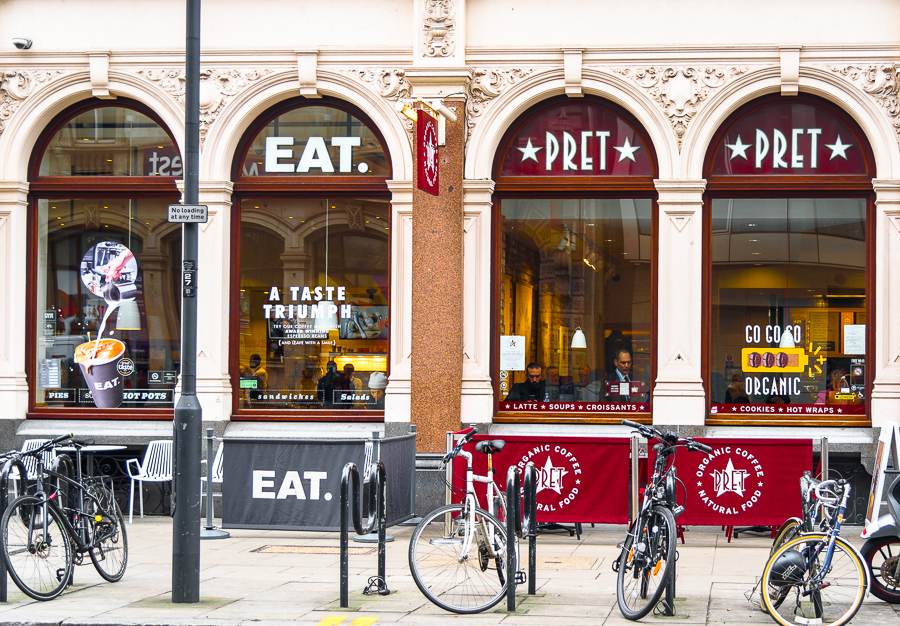 Appetite being satisfied, we headed over to the cathedral and spent several hours touring the place. The highlight was the step chase up the main dome. 259 steps.Â We only climbed up to the Whispering Gallery as opposed to the very top of the dome. I have a bit of a thing about heights and so we stayed closer to ground level. 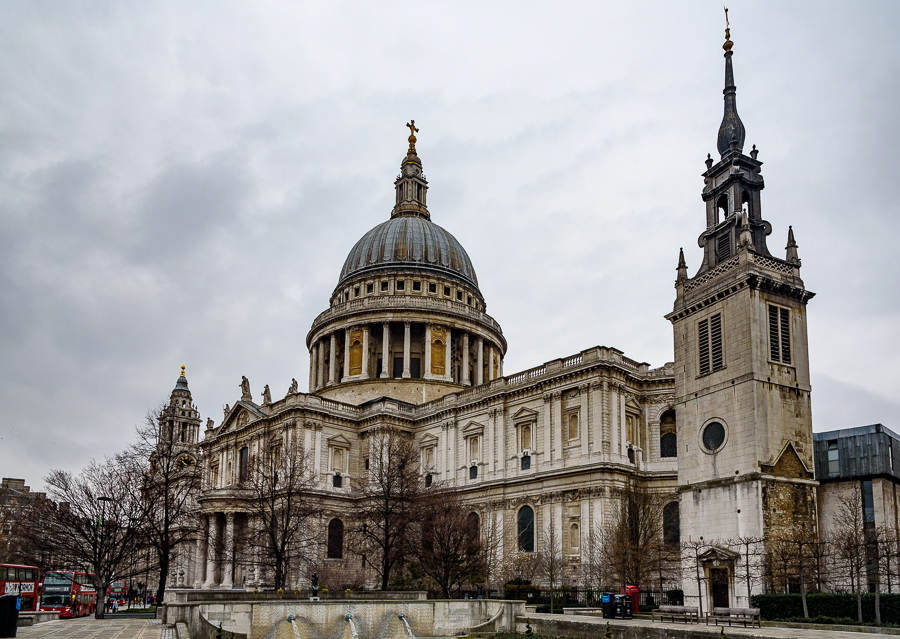 The weather being a bit overcast this day encouraged me to substitute a museum in place of walking through the streets of London. Matthew and I made our way to the British Museum. The British Museum contains a large collection in excess of 8 million works. It might take a bit longer than a few hours to see them all so we restricted our tour to just a few million. We’ll come back another year to catch the rest. 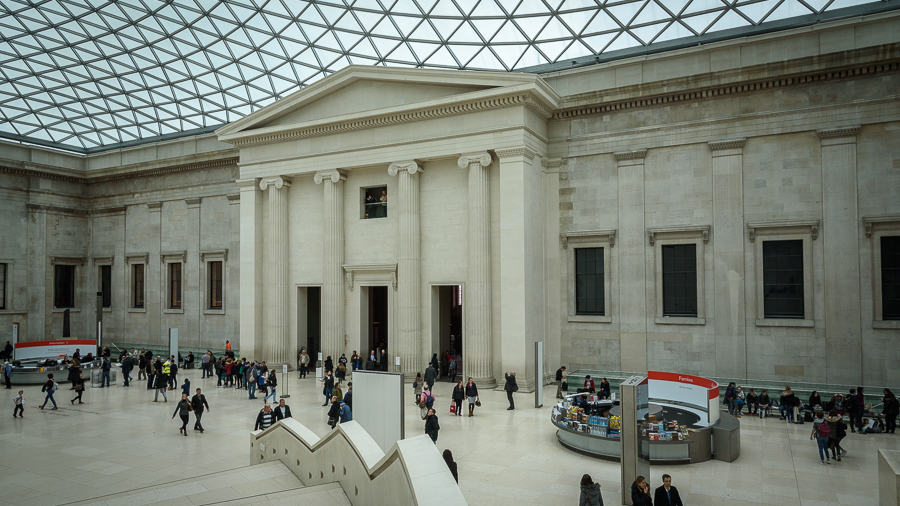 Enough time had passed by this point in time, along with the caloric expenditure climbing 518 steps up and down at St. Paul’s, that we decided to take a break for lunch. We walked out of the museum and found a nearby pub — the Bloomsbury Tavern. Established in 1856, this pub claims to have its own ghost. We did not see it. 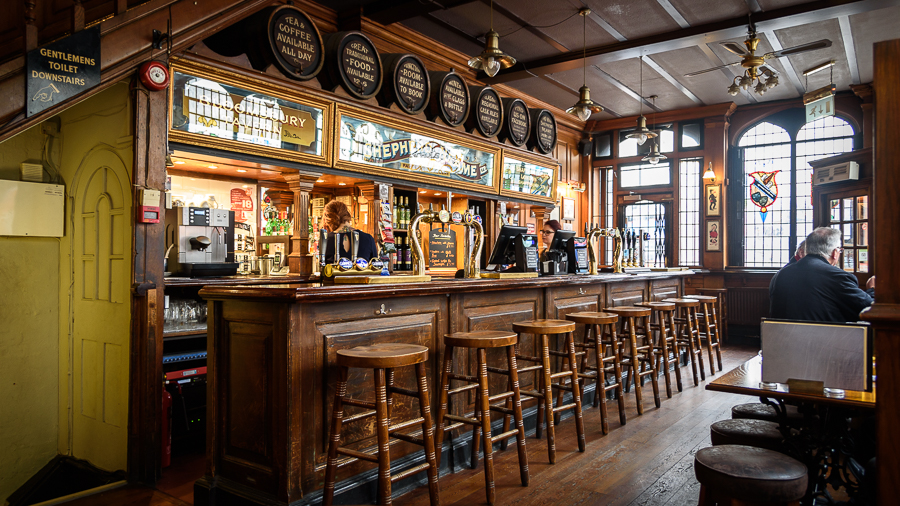 After lunch, we were back to the British Museum. Matthew was forced to pose for a photograph. I told him it was necessary to prove that he was at the British Museum. We became sidetracked with a deep metaphysical discussion about how to prove existence, particularly with a digital image. And I wasn’t sure if that was just an attempt to get me to stop taking his picture. If it was, it did not work. 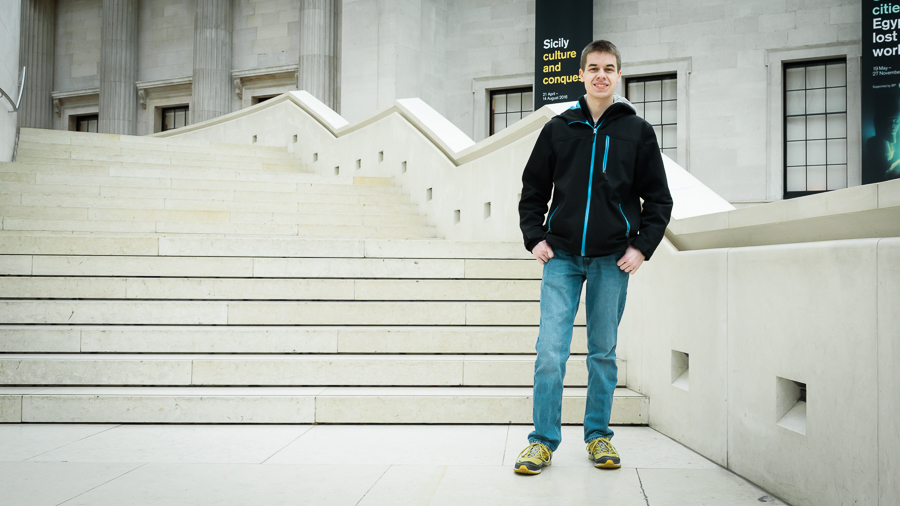 Next stop was the ever popular Churchill War Rooms. The construction of these war rooms began in 1938 which leads me to believe that Churchill knew war would be taking place long before the declaration of war on September 3, 1939. 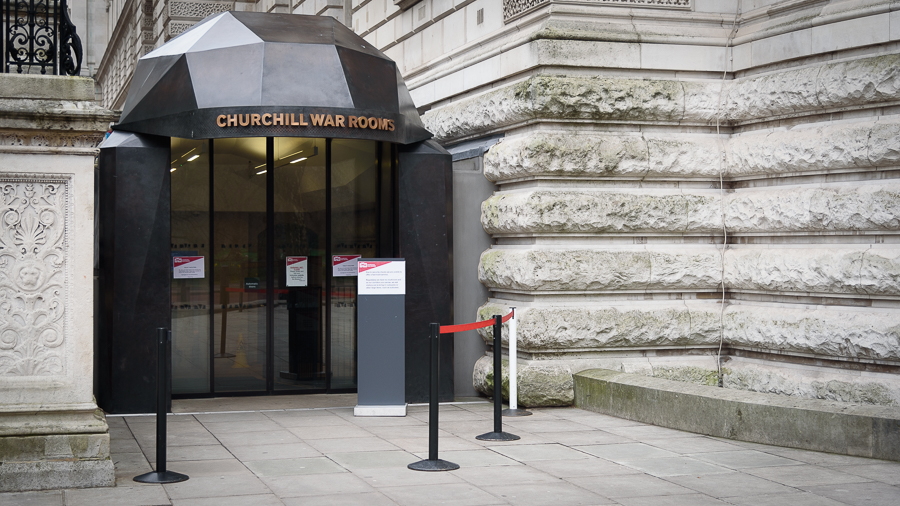 Matthew and I both hit a wall at around 3 in the afternoon. And the walls in London are mostly made of stone so it did hurt a little bit. The jet lag and the lack of sleep really hit us hard and so we decided to return to the hotel, take a bit of a break and then head out for supper.

Matthew had this bed. I had the floor.

Day one in London. 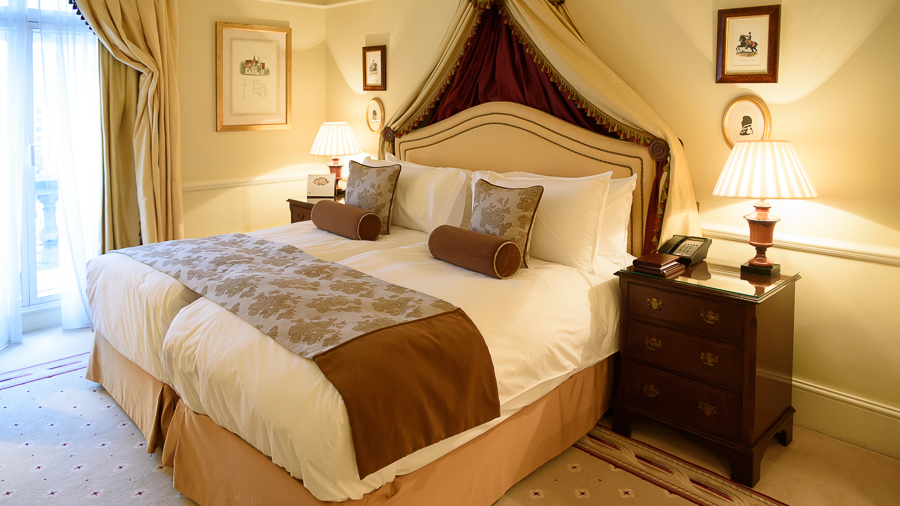