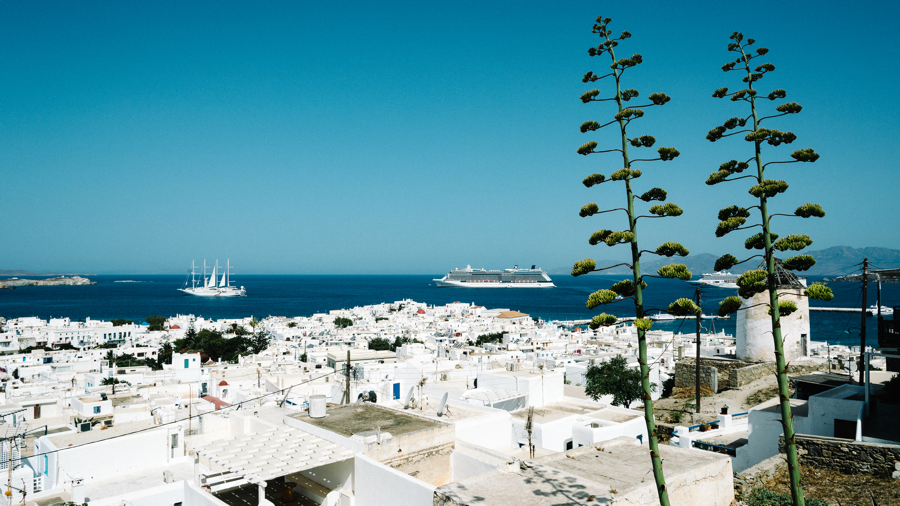 It was one year ago when we toured through Greece. We visited Athens, Mykonos and Rhodes. The picture above is from the Greek island of Mykonos.

Athens certainly showed signs of the financial crisis that is now in the headlines. The Greek islands, not so much.

When a given country’s economy falters, one of the easiest ways for it to adjust is for its currency to decline in value relative to other countries’ currencies. This reduces the country”™s citizens”™ real purchasing power ”” there”™s no getting around the bad news ”” but has the upside of boosting the country”™s exports and tourism.

11 Things About the Greek Crisis

Greece cannot devalue its currency as it uses the Euro.

Toronto-Dominion is the latest major bank to declare a recession in Canada.

Our debt levels, though, are not that much of a problem.

While economist Don Drummond noted this week that Ontario”™s debt situation is nowhere near that of deeply troubled Greece, it could eventually happen if steep spending cuts and reforms aren”™t made.

Drummond Report: A reality check on Ontario vs. Greece

Is anyone concerned about Ontario’s debt level?

Standard & Poor’s (S&P) has lowered Ontario’s financial rating to A+ from AA-, citing its heavy debt burden and budgetary “underperformance” compared with peers in other jurisdictions.

Ontario is lucky its debt interest payments are not substantially higher given its almost doubled debt. That has everything to do with historically low interest rates.

Savers are penalized. Borrowers over extend. And the Bank of Canada devalues the currency and hopes for the best.

And what happens in Toronto? The average house price breaks one million.