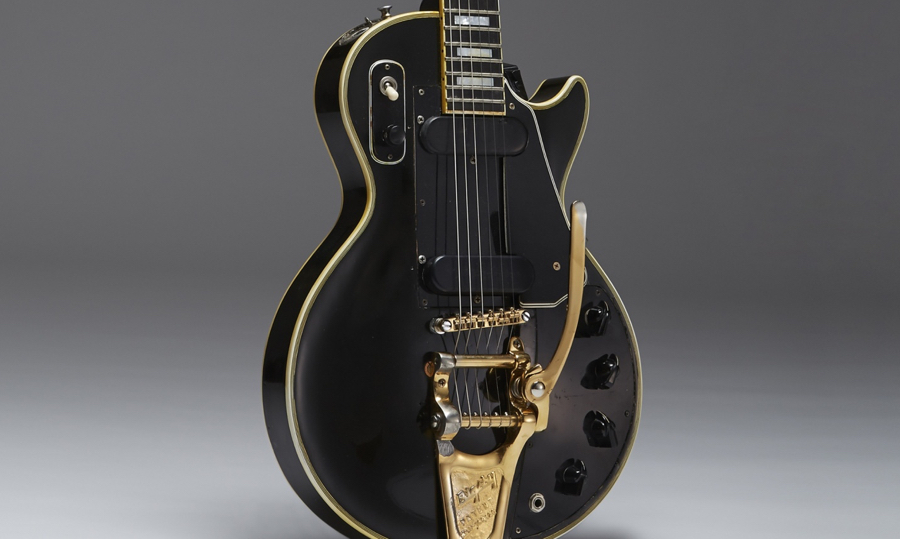 The crusade to find a home for a sacred electric guitar is reverberating like a thundering encore through the music business as innovator Les Paul’s Black Beauty from the ’50s is going up for auction.

The Gibson-made instrument, called the Holy Grail of Guitars by some, is being sold by Tom Doyle, the late Paul’s longtime friend, engineer, co-inventor and guitar tech.

The story is being covered globally by the mainstream media. Guernsey’s auction house will present the guitar on February 19th at 7 p.m. at Arader Galleries on Madison Avenue. The guitar could sell for more than $2 million. We will find out in a few days time.

Lester William Polsfuss, widely known as Les Paul, was one of the pioneers of the solid-body electric guitar. He was also a pioneer in the use of many innovative recording techniques including overdubs, delays, phasers and multitracking.

Tom Doyle did a comprehensive review of Les Paul’s guitar on YouTube. He describes the Black Beauty as the guitar that started it all. The guitar left the Gibson factory in 1953 and Les Paul used it extensively for many years. Les PaulÂ gave the guitar to Tom Doyle in 1976. And, I suppose, Tom believes it is now time to cash it in.