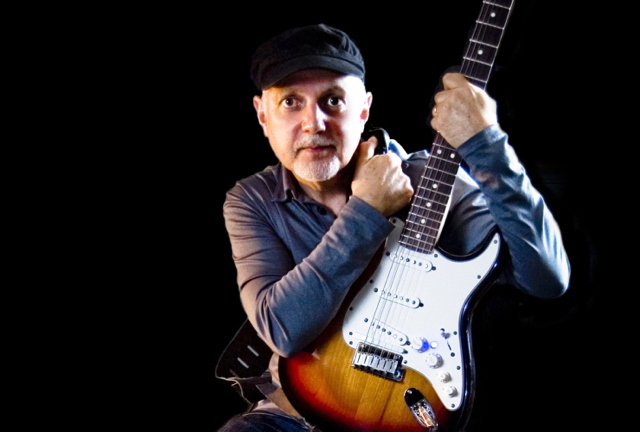 I was totally blown away. What a guitar player.

He had the simplest of setups: a Strat, a Fender Super Champ and a Shure SM-57.

I already had a Strat and an SM-57. All I needed to sound like Phil was a Super Champ.

I went out the very next day and picked up a brand new 1984 Fender Super Champ. In response to a steep decline in amplifier sales in the late ”™70s and early ”™80s, Fender had restructured their amplifier design team in 1982. Managed by Paul Rivera the team moved quickly in creating a series of Fender Amps of which the Super Champ was one. I did not know that the amp would one day become a bit of a prized collector’s item. To me, it was my guitar hero’s amp.

It is one of the few pieces that I have carried with me as a guitar player over the past thirty years or so. That and my 1972 Guild D-40 and my 1976 Les Paul.

Well, I plugged it in a few months back. 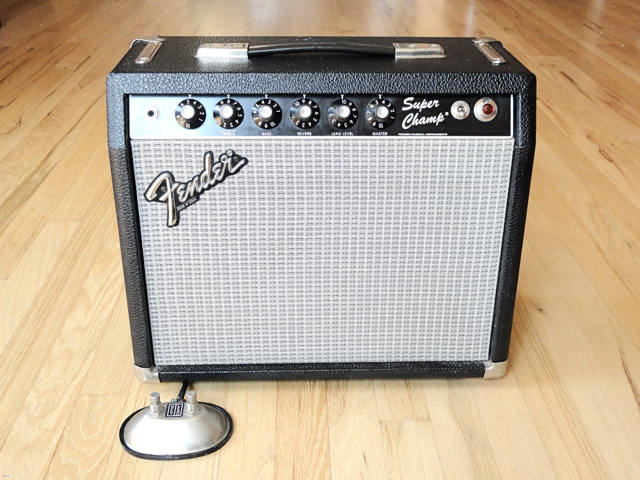 A thick, noxious plume of smoke emerged from the amp. Not good.

I took it in to my amp tech for repair. Here was his diagnosis:

I’ve had a chance to look at your amp. The main problem: shorts in your filter capacitors. This also burnt some of the dropping resistors in your power supply.

Usually I can replace a single can (containing 4 capacitors) with single capacitors. On this amp there is no room under the chassis to do this.

I will have to order this multiple cap can from the US.

While I am replacing these caps, I would strongly advise you to replace all the remaining electrolytic caps in the amp as these will all go bad eventually.

In for a penny, in for a pound. Of course itÂ needed to be recapped. It is, after all, a pretty old machine. It has great sentimental value to me that little amp. Should be back home in another week or so.