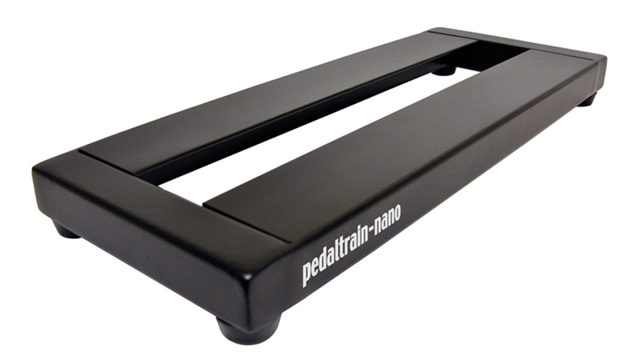 One of my Christmas gifts was a Pedaltrain Nano. It is still in transit and I should physically have it here in another few days. I also received a Pedaltrain Volto to power the Nano. The Volto can provide about 2,000mA which is more than enough for the limited set of pedals that I will be placing on this pedalboard.

For most of the music that I play, I carry a very large pedalboard. It provides me with a lot of tonal options but it is also heavy and, at times, a bit distracting. Whenever I have played a “grab and go” event, I really enjoy the minimalism and the challenge of being creative with a limited set of colours and textures.

The last time I played this way, I used a Tele into a 57 Tweed Deluxe. I had three pedals: a tuner, an overdrive and a delay. My son was in the audience and he did not notice the change in pedalboard until I told him after the event. Perhaps a lot of what we players focus on in terms of our pedals is not really noticed by an audience. That said, it was wonderful to just play without a lot of tap dancing on pedals.

I have been working on the final set of pedals for the Nano and it is a bit tougher than I thought. With only 14 inches of width, I have to choose my pedals wisely.

I would love to have a set of pedalsÂ like this one: 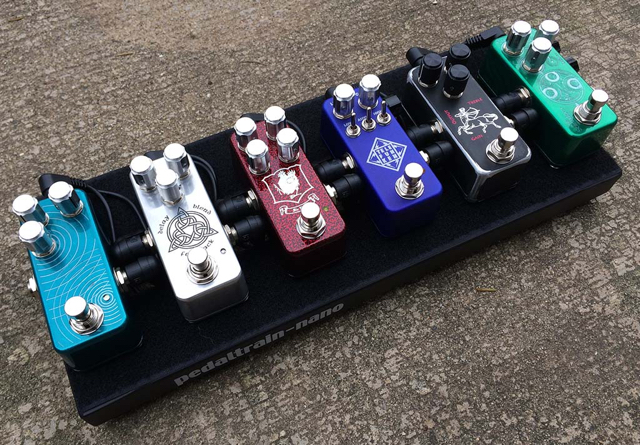 This picture was posted on a thread of Pedaltrain Nanos which you can find here. This Nano is missing a tuner but otherwise it looks like it could cover a wide range of material and I love the design of all of those mini pedals.

For myself, I can get most of what I need from a good overdrive and a delay pedal. I have finalized three of the four pedals that will be going on the board.

First up will be the Polytune Mini:

It can function either as a chromatic tuner or as a polyphonic tuner — all strings at once. Very important to be in tune so that is a mandatory pedal on a minimalist board. And it is really small at only two inches wide. 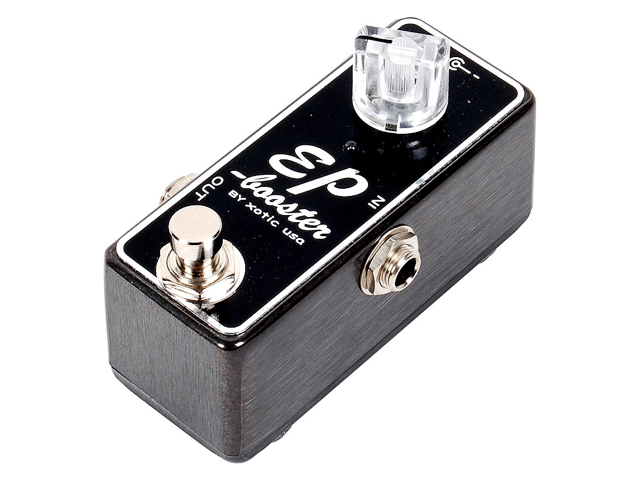 This pedal is an always on pedal for me and I have it on my other two boards. It imparts a magical touch to the tone. I have it switched to unity gain and I leave it somewhere between the 6 and 9 o’clock position. It is also a small pedal. Less than 2 inches wide.

And the final pedal in the chain will be the Flashback Delay:

This is a really good sounding delay pedal although I wish it had a tap tempo. The pedal uses audio tapping for locking in a tempo. Unfortunately to use audio tapping, you have to step and hold the switch for two seconds after which the pedal mutes and you then stroke the desired tempo. This can be a bit challenging in a live sound situation and obviously if a drummer starts to drift, your options to re-synch the tempo are a bit limited. The FlashbackÂ does provide some really nice delay sounds. I would throw in my Strymon El Capistan except that the pedal would takeÂ up too much space.

I am still undecided on the overdrive.

I will post some photos of the Nano once I have it assembled and wired up next week.