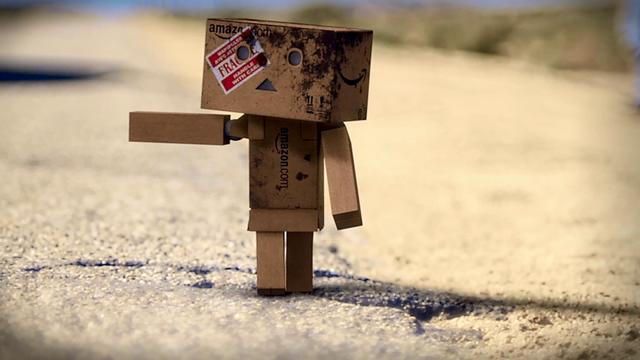 Hey Richard. It’s Studio Economik calling. We got our package back but it’s the wrong box. It has a guitar pedal in it. And the word DECO on the box.

And I had sent my Strymon DECO pedal back for warranty work. Fedex picked that unit up on Wednesday.

How on earth did the Fedex shipment, bound for California, wind up in Montreal? And where did Loomis send Studio Economik’s equipment?

When we called LoomisÂ to pick up the packageÂ to send back to Studio Economik,Â they quoted a shipping cost that was double the rate that I was charged for shipping by Studio Economik. How can that be? Well, we don’t have a special deal with Loomis. But Studio Economik does. So we called Studio Economik and asked them if they would call back the unit so that we would be charged the cheaper rate.

That was on Monday. And on Monday evening, Loomis collected the package as we had already arranged the pickup when the package was first delivered by Loomis.

Great. Rental unit on its way back to Studio Economik in Montreal as planned.

Also on Monday evening, I received a note from Strymon telling me that I would soon receive an email from Fedex to return my DECO pedal for warranty work. The good folk at Strymon may have rushed this pedal to market and there is no mechanism on that pedal to do a firmware update.

Fine. They will update the unit and they are paying the shipping both ways. No worries.

I received the email from Fedex at around 8:30pm on the Monday evening with instructions to print the label.

Fedex called our home on TuesdayÂ to pick up the package. Lorraine told them that it would have to wait until Wednesday as I wasn’t home and there wasn’t a package ready for pickup.

When I got home later that evening, Lorraine told me that Fedex had called for the package.

Wow. They are really efficient. I had only just received the email from them the night before.

I prepared the DECO for return including the shipping label and the packing slip. I packed it in a larger box and filled the gaps with packing material.

All ready to go.

We called Fedex and they picked up the DECO pedal on Wednesday.

And, on Thursday, Studio Economik received the DECO pedal.

Fedex called us because Studio Economik had calledÂ them that we had a package for pickup. Which we did. The only problem is that Fedex didn’t tell us who had called them to pick up the package. We assumed it was for the Strymon DECO. So when Fedex called, we handed over the DECO package.

FedexÂ ignored the existing Fedex label because, after all, Studio Economik had called them to pick up a package for delivery to Studio Economik. Ignore the shipping label on the box. It does not need to go all the way to California.

As we speak, Loomis has finally received the call back from Studio Economik. And my DECO pedal? Well, the original shipping label is still on the package so Studio Economik is going to ship it to Strymon from their location.

I hope the DECO pedal makes it.