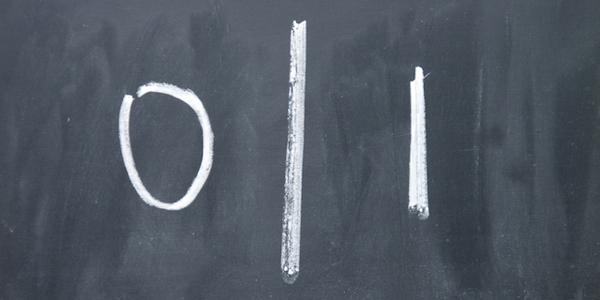 He offered a few zingers. When asked about technology trends like cloud and big data, he responded this way:

My bet is always on things that are fact specific, not on buzzwords… as an investor, I am always skeptical of anything that can be described as a trend”¦ I am super skeptical of cloud and Big Data.

He dismissed companies like IBM saying thatÂ IBM is a bet that we will keep buying the same kludgy technology from the 70s.

Thiel looks for companies and technologies that deliver an order of magnitude improvement in their market. And he is drawn to companies that hold the promise of establishing a new monopoly.

He urged people to choose substance over status. And to live today as if you were going to live forever.

I received a copy of his book Zero to One. It is a fairly quick read and definitely thought provoking.

Most people believe competition is a healthy spur to productivity, but I think it”™s mostly dangerous and distracting. In college I spent about half my time reading books; the other half I spent training to make Stanford”™s varsity basketball team. Ultimately, I didn”™t make it. I think I was probably good enough””but that”™s precisely the point: I was unthinkingly competing with better players just so I could get better and compete with them at a higher level. I was never going to be as good as the top guys, and my time would have been better invested elsewhere, but the competitive dynamics acted as blinders.

Something like this is true in business today: on the margin, people pay too much attention to what direct competitors are doing instead of focusing on unique and ambitious plans.

Every DaySize Matters Not
Scroll to top