It is still Monday, July 14th. We spent the morning walking through the streets of Venice after a heavy storm had passed through the area. By noon, the skies were clear.

I have a few more images to share but for today I thought I would highlight the two — okay, three — ways to shoot a city like Venice.

If you are a truly serious photographer, you shoot like this guy: 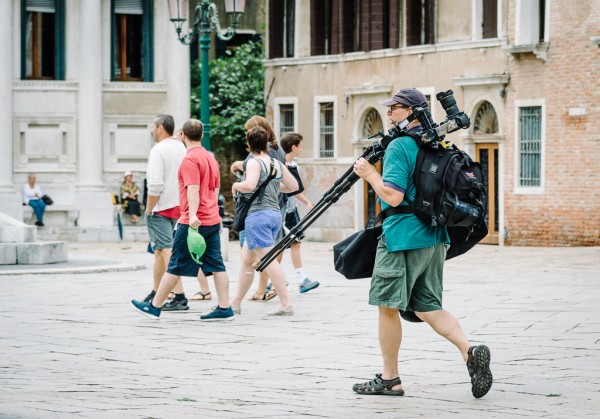 Not one, but two full-frame Nikon camera bodies mounted to a huge tripod, two massive Trinity lenses on those camera bodies, heavy duty tripod with legs fully extended and several bags of additional camera gear. He wandered aimlessly through this square for about 30 minutes and despite the surroundings, he wound up not taking a single frame. Even though the square offered frames like this one: 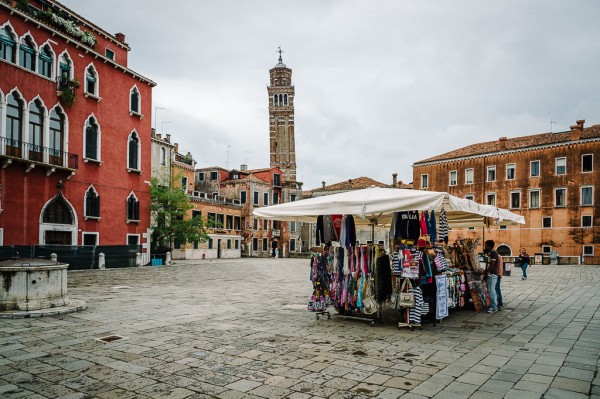 I have taken my full rig out for special shooting events and for commercial gigs. And I am guessing that this guy’s rig was easily upwards of 60 pounds. That is a lot of weight to haul around during the middle of the day particularly when wearing sandals. Although I would only take a big rig like that out during the golden hours. Midday? In the middle of a popular tourist area? You will kinda stand out.

This was my rig for the trip: 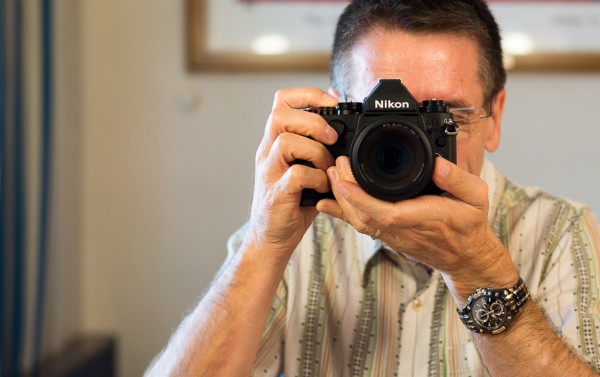 A bit easier to blend in with the tourists and to avoid difficult encounters with people telling you “no photos! no photos!”. I did get the latter twice during the trip. Both from store employees for some odd reason. I have to imagine the serious shooter above might have attracted a bit more of that type of nonsense.

The camera I used on the trip was a Nikon Df. Although the sensor performed really well, I did not care for the build quality — the body started wearing out after a mere five days of shooting — and I had some issues with handling and ergonomics. I returned that camera after the trip. I have a couple of other full frame Nikon camera bodies that serve me well and their bodies do not melt away.

So what is the other way to shoot Venice? Well, with whatever camera you have with you. I was surprised by the number of tourists lugging huge DSLRs with massive telephotos. And I was also surprised by the number of tourists using their iPads to shoot images. There were the usual smartphone photographers and, not unexpected, frequent selfies all around Venice and all around the sights we visited during our cruise.

I took somewhere in excess of 7 thousand images during the trip. All uploaded, labeled, tagged, edited, processed and backed up. Although I did not bond with the Nikon Df, it was a lightweight, minimalist, “serious” camera that captured some amazing images. I’ll have a couple more images to share before I say good-bye to this particular trip.

Thanks for hanging in there while I complete my trip report.

Venice in the RainLast Evening in Venice
Scroll to top