Our first full day in Venice was Friday, July 4th. We had no set agenda other than to walk the city. And walk we did. According to my FitBit device, we walked about 12 miles.

Click on any photo for a larger image and a slideshow.

We started by exploring the canals near our hotel.Venice is certainly a city that exhibits character. Some view the character as a city in decay. And, in many respects, it definitely is in decay. But it also has character. Like this home. The building is a bit unusual in that it is all brick and the condition of the building is excellent. I wonder about the bars on all of the windows, both first and second levels. Obviously a bit of concern around the security of the building. 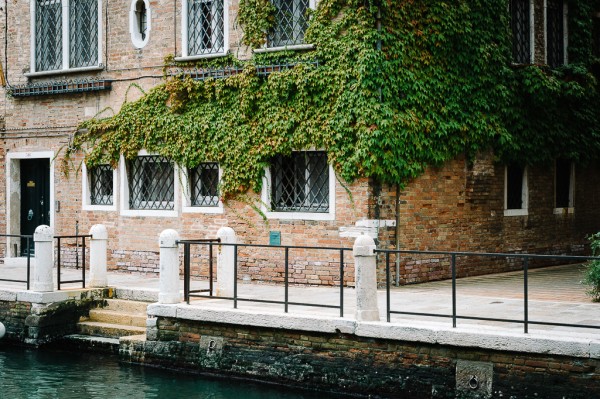 As before, we elected to spend most of our time away from the main tourist areas. The city itself is surprisingly quiet and all of the canals have wonderful highlights like this particular bridge. 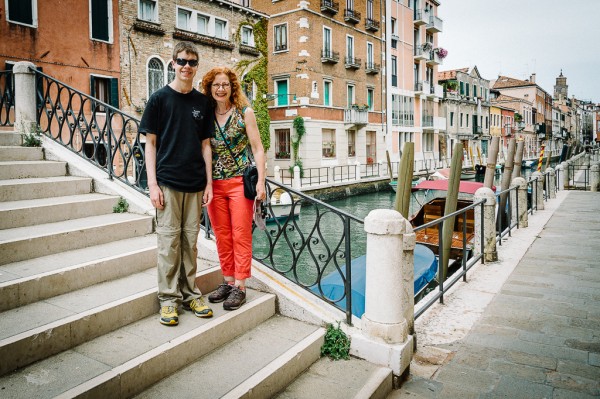 Water taxis are the limousines of Venice: spacious leather-upholstered cabins, open-air seating in the stern, and private captains to chauffeur you up the Grand Canal or on a high-speed run between the airport and your hotel, they offer an experience that you won’t forget in a hurry. And you won’t forget the price either. A very expensive way to travel. 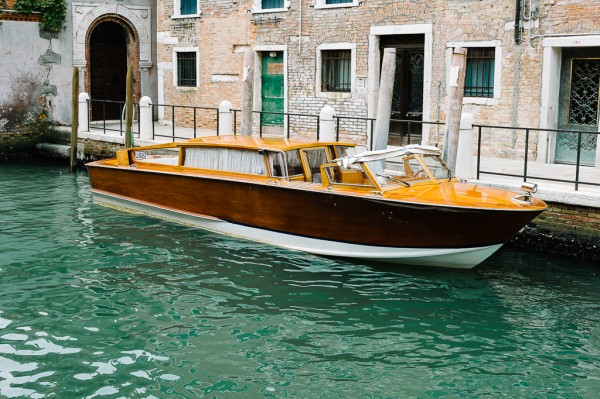 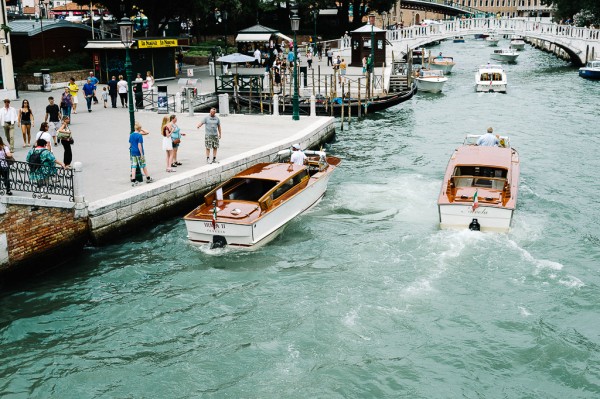 There was a surprising amount of graffiti in Venice. There were slogans like this one: 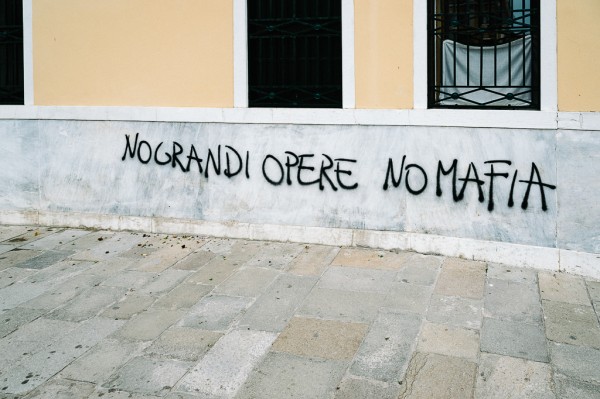 I’m not sure but I think this slogan is a protest against the MOSE project that is currently underway in Venice. This is a project that is intended to prevent flooding in the city of Venice. The project started in 2003 and it is expect to complete in 2016. The cost is roughly 7 billion euros. Environmentalists and some political groups strongly oppose the project hence the slogan: Grandi opere, grandi affari solo per la mafia which roughly translated means great business for the mafia.

You can learn more about the MOSE project here.

Venice is a relatively compact city and you really cannot get lost. Which is why we used a map. We were lost. Lost without our smartphones and GPS. 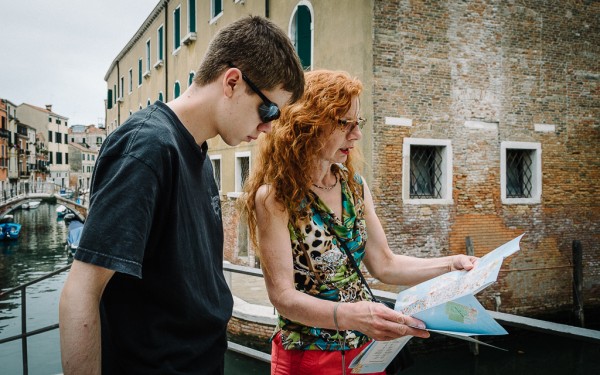 There are restaurants everywhere in Venice. In the alleyways and by the canals. 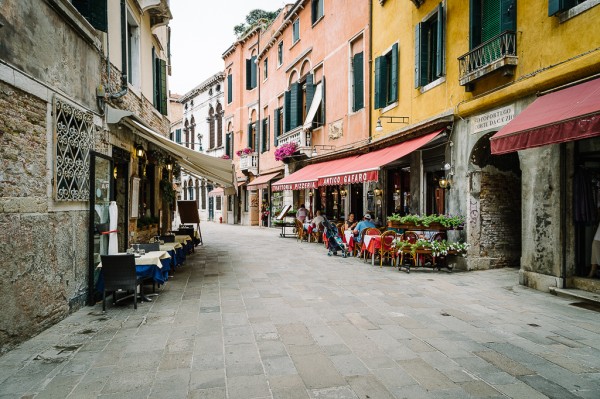 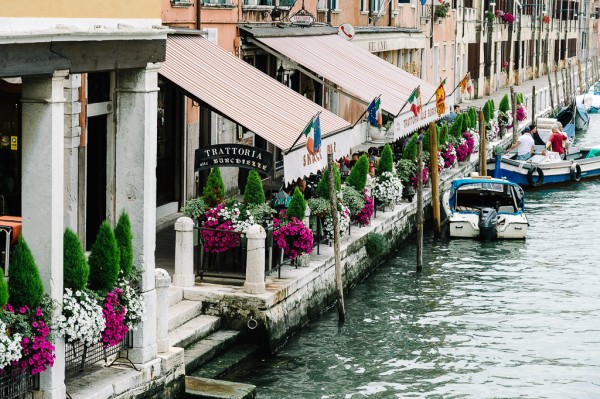 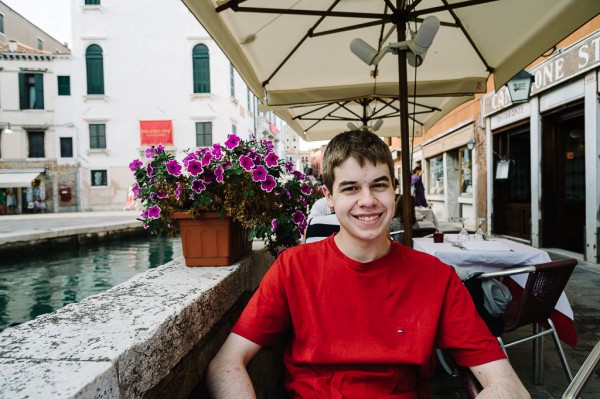 And how is the food delivered to the restaurants? By boat. 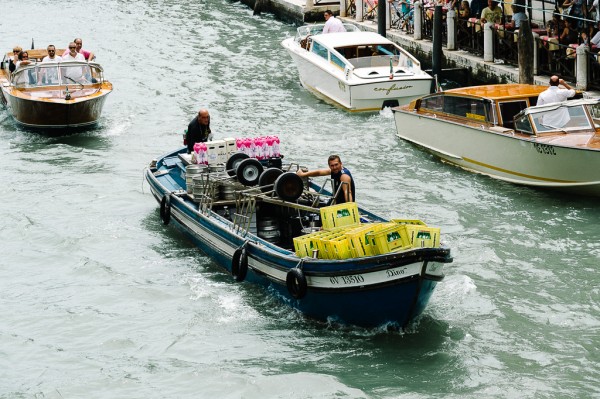 Although we wandered away from the tourist areas, we were never really that far from tourists. And most of them carried cameras. It was a bit concerning at first as everyone seems to be carrying a camera and taking pictures of you as part of their touring. Then again, I might just be a touch paranoid. 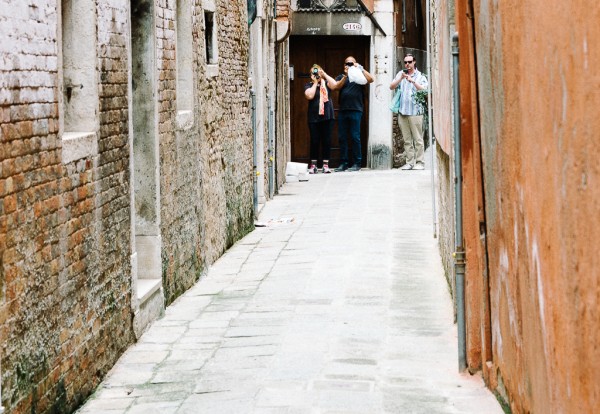 Lots of selfies in Venice. And yes. I decided to take pictures of other tourists too. When in Venice… 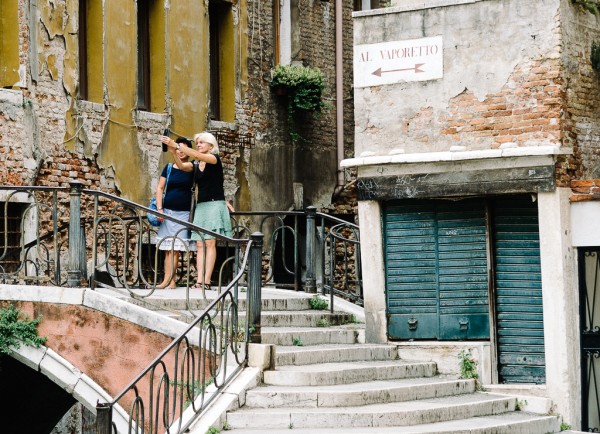 Here are a few other shots from the day in Venice. 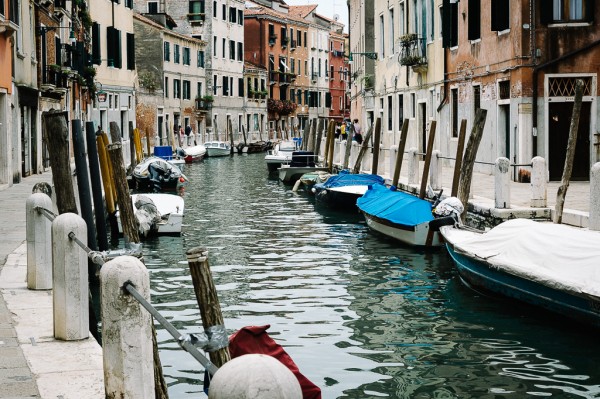 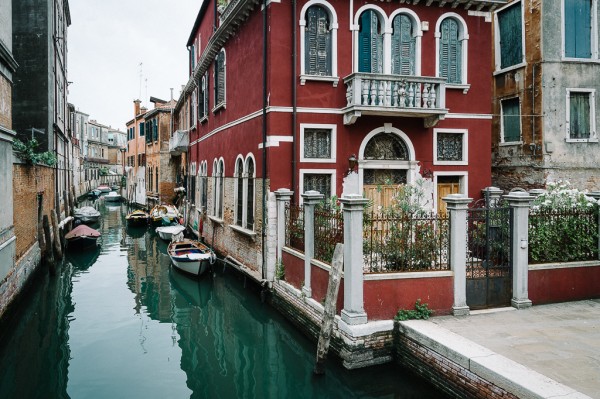 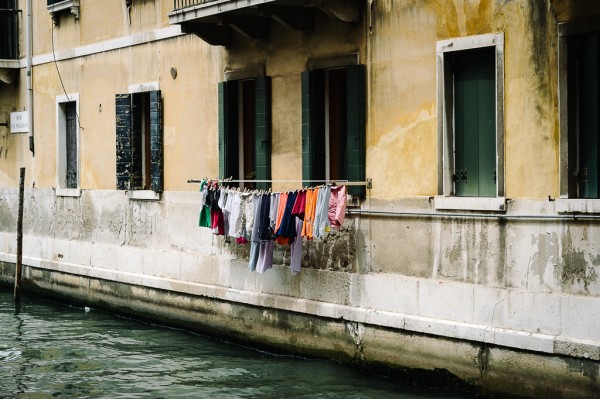 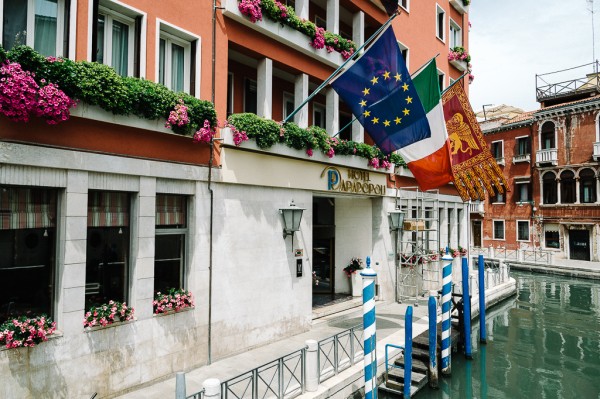 And a shot of a leaning tower in Venice. This one is at Campanile di Santo Stefano. The Church of St. Stephen was founded in the 13th Century and underwent renovations in both the 14th and 15th Centuries. The lean is quite dramatic. 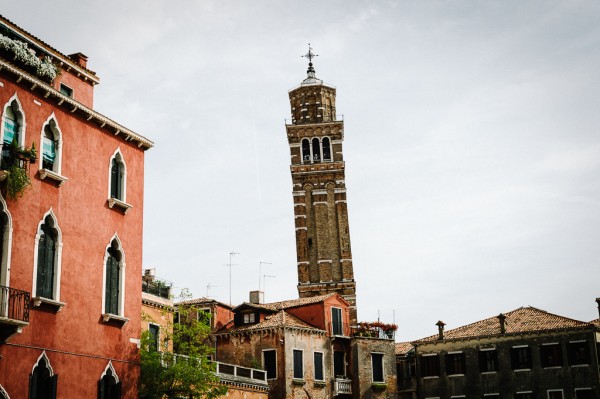