Every journey has a beginning and an end.

We left Kingston around noon on Wednesday, July 2nd. Our first stop was at the home of Lorraine’s aunt and uncle. They are such a wonderful couple and they had graciously offered us a place to park our car for our time away from Canada and they also drove us to and from the airport.

Of course, just getting into Toronto itself is a nightmare these days. We hit heavy congestion outside Whitby at 2:30pm. Although we were not in a big rush, we did want to have dinnerÂ with Keith and Marg before heading out to the airport. So we diverted off the 401 and slowly reconnected with Highway 407.

Three hours later and we had completed the first leg of our journey: Keith and Marg’s home.

After an early dinner, Keith and Marg drove us to Pearson. We arrived at the airport shortly before 6:00pm. We were able to walk right through security. We travelled light — only carry-on. So, no baggage check, no lines at the security gate and no customs protocol.

Our flight was supposed to start boarding at 8:15pm but we did not begin the boarding until 8:45pm. We were flying premium economy which allowed us to board early. We were also flying Air Canada Rouge which meant an older aircraft and a pretty basic flight experience. Seats were okay but we were really not able to sleep. I caught maybe an hour or two of sleep before we arrived into Venice at around 11:40am local time or 5:40am eastern daylight savings time.

In Venice, it was Thursday, July 3rd.

We left the airplane and the arrival gate a bit uncertain as to protocol. Unlike entering the United States where a customs official interrogates you with numerous detailed questions, European entry consists of a customs official with a stamp. And all the only thing they did was stamp our passports. No electronic scanning. No questions.

We made our way to the arrivals area hoping that our transportation to the hotel would be there. And, thankfully, a driver with our name on a placard was there patiently awaiting our arrival.

We had about a 20-minute drive to the main transportation drop-off point in Venice. From there we transferred to a water taxi and we enjoyed about a 15-minute trip to our hotel.
The ride along the canals, particularly the Grande Canal, was incredible. Venice is a stunning city.

The water taxi offered us the first view of our hotel — the Centurion Palace is the tallest palace at the centre of the image below (just underneath and in front of the large dome). Click on any image for a larger photograph and slideshow. 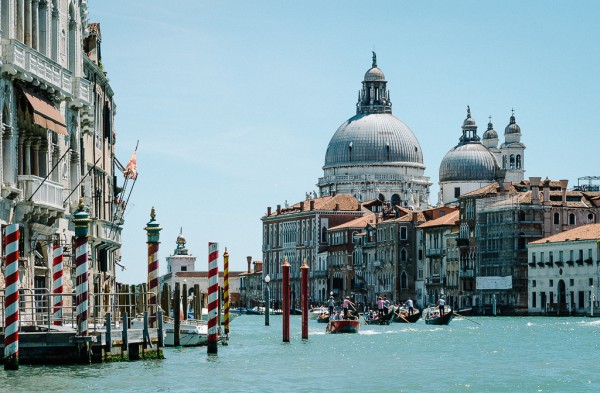 We arrived at the dock of the Centurion Palace hotel in Venice. The hotel is basically at the farthest point of the Grande Canal. We were fortunate to be upgraded to a suite that overlooked the Grand Canal. Our arrival to the hotel was around noon. We had a few hours before our room was ready so we had lunch on the hotel terrace. The terrace is right by the water so we enjoyed a wonderful meal against an awesome backdrop of majestic palaces, gondolas and water taxis. Lorraine and Matthew strategized on our plans for the afternoon. 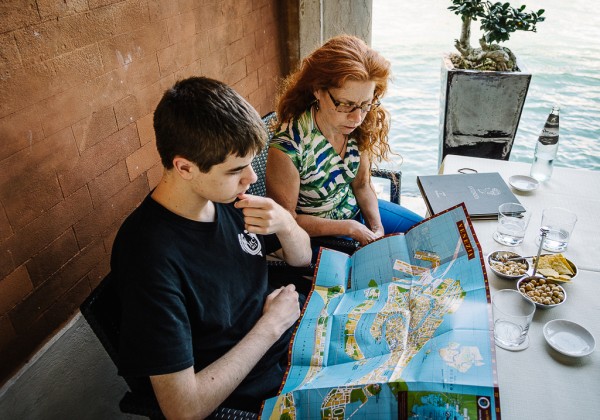 This was the view from our lunch table. 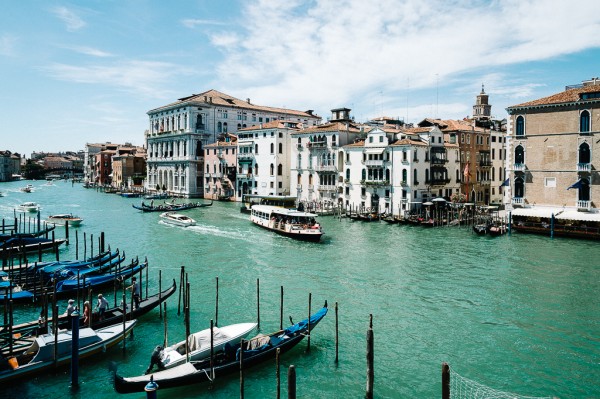 After lunch, we walked briefly around the area of the hotel. Immediately outside the hotel was an artist with his dog. A very talented dog. When the artist was not painting, he played soccer with his dog.Â The dog could play. But, with 34 Celsius heat, the dog did not play for very long. 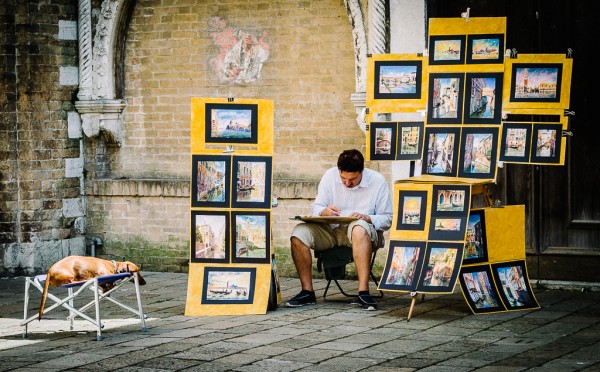 One of a number of stores near the hotel. Lots of interesting and unique products. 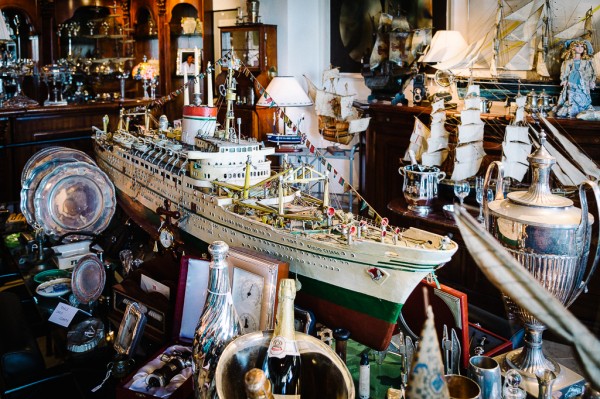 We made our way back to the hotel to get settled into our room. By 3:30pm we were ready to walk through Venice.

And walk we did.

We walked 20 kilometres that day.

The Academy Bridge — Ponte dell Accademia — crosses the Grand Canal at the Galleria dell Accademia, one of the top museums in Venice. This is a popular crossing area for tourists as the bridge offers some excellent views of the Grand Canal. It is also covered in locks. Couples buy locks, place them on the handrails of the bridge and then throw the keys into the canal.

This bridgeÂ is also one of the main gateways to the tourist areas of Venice.

Here is a candid shot of Lorraine and Matthew on the Academy Bridge. I never, ever posed them for any of their photographs. 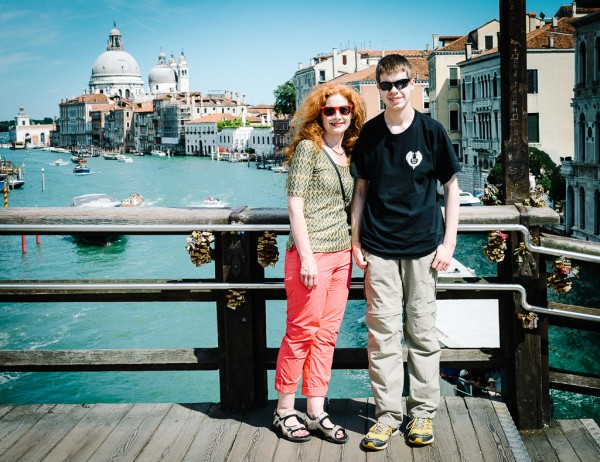 There are no cars in Venice. Nor did I see any motorcycles or scooters. And no cyclists. Except for the Forever Bicycles display at Palazzo Cavalli-Franchetti in Venice, I did not see any road bikes. Well, correction. I did watch the Tour De France on TV both at the hotel in Venice and on the cruise ship. Yes, I know there was some other sporting thing going on — something to do with a soccer ball. But come on. Was anyone really watching anything other than the TDF?? 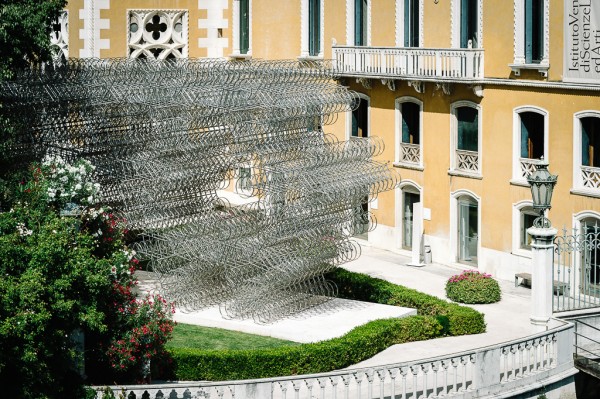 The display consists of 1,179 steel bicycles stacked and connected together. It took me some time to count them all.

As we progressed into the tourist areas, Venice became more and more congested. Even the canal system. 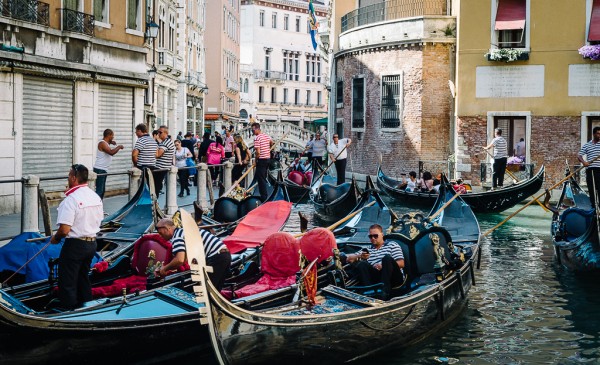 Too many gondolas, not enough canals.

The square around San Marco was also congested with tourists. The main waterfront boulevard was also full of tourists. 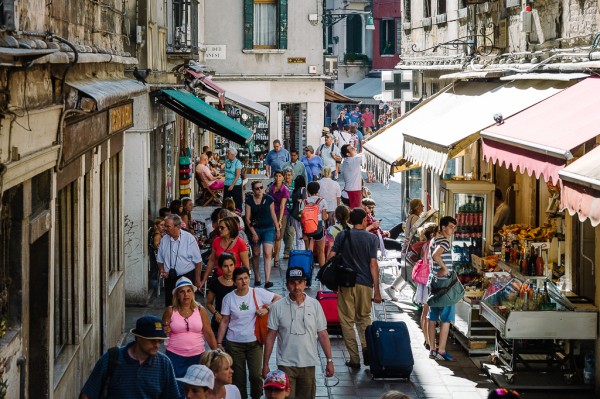 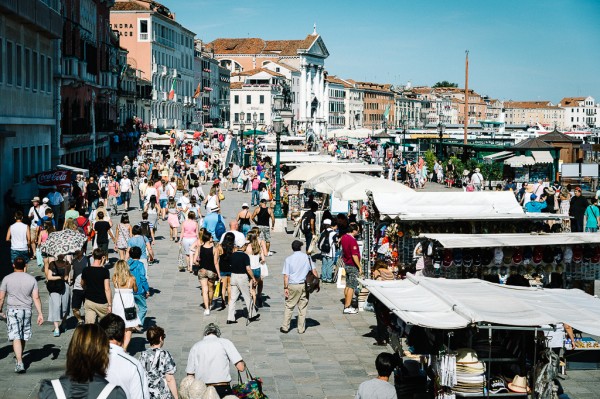 The trick to touring Venice? Get away from the tourist spots. There are only a few areas where the tourists flock. And walking just outside of those tourist areas offers an entirely different experience of Venice. Here is a set of photos that show the beauty and the tranquility of the less travelled areas of Venice. 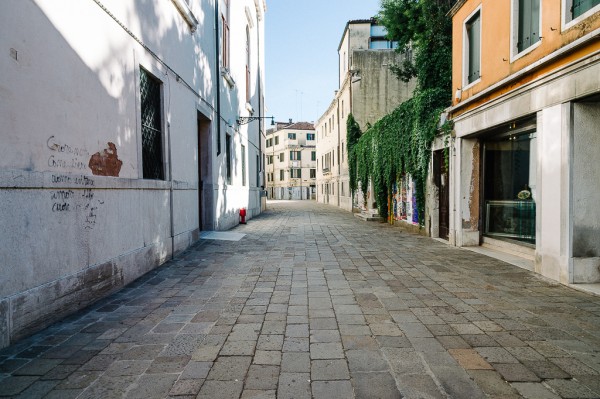 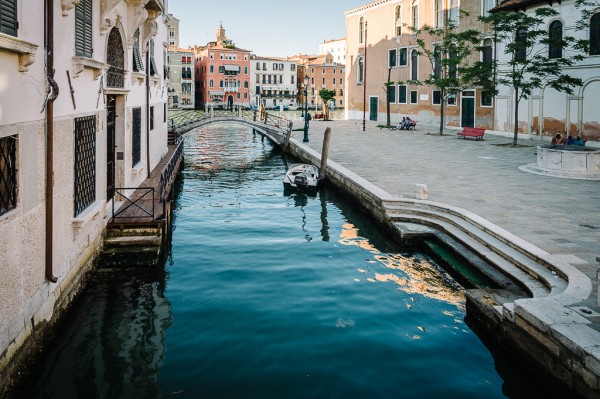 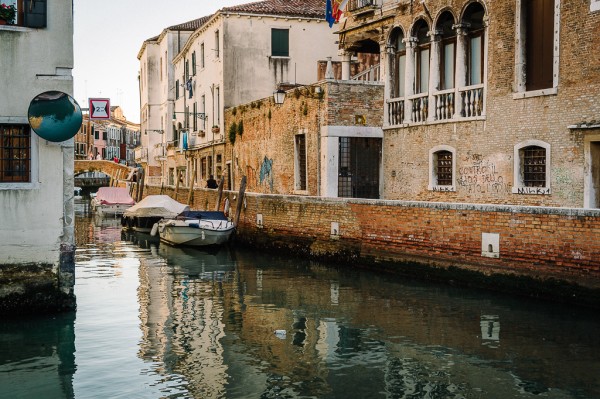 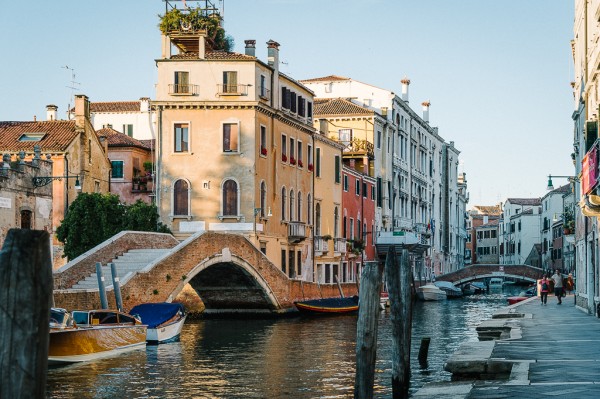 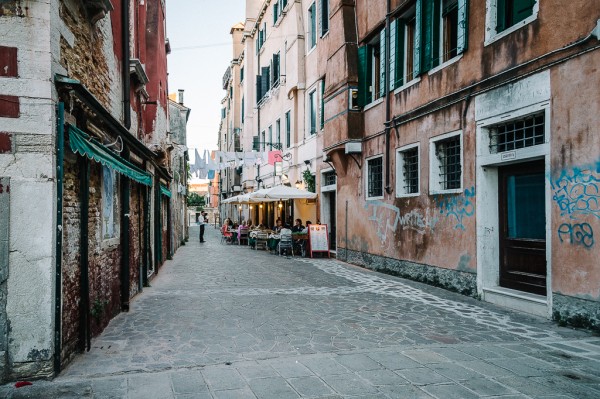 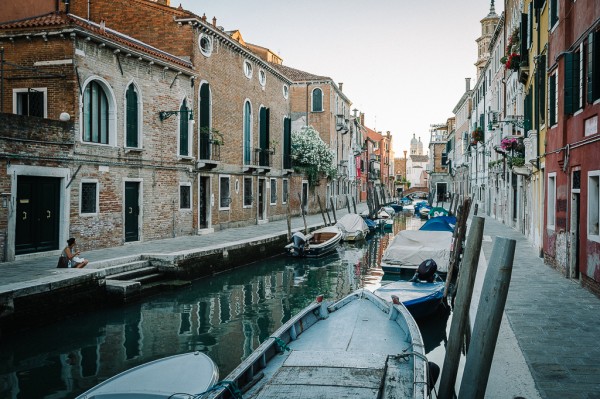 Most of the tourists leave Venice at night. Even the Grand Canal becomes silent. 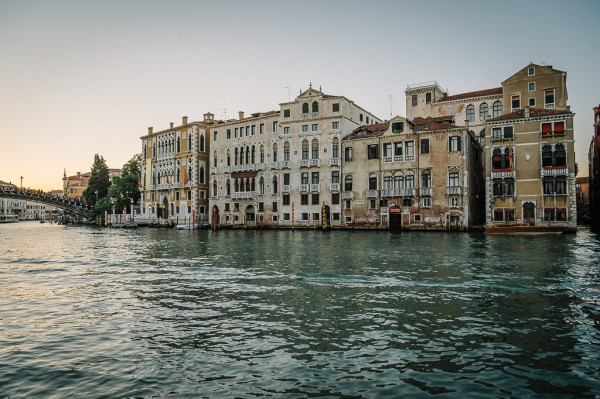 And theÂ gondola congestion eases off at night. Although you pay more for a gondola ride at night, it is well worth the extra cost. 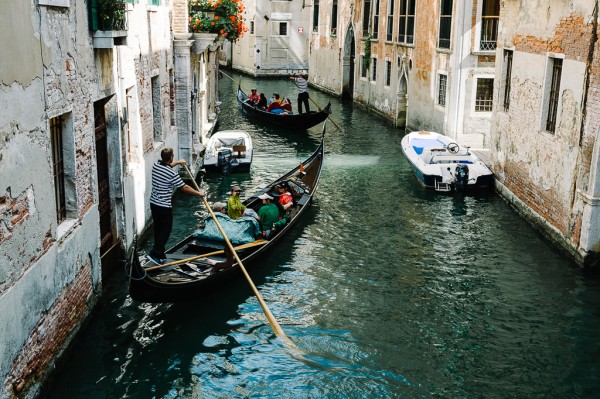 We returned to the hotel around 9pm. Exhausted and yet energized by this beautiful and vibrant place.