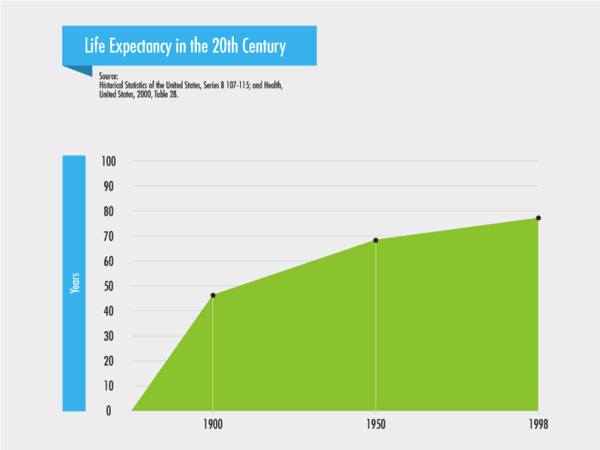 I received this update from the team that supports Peter Diamandis:

Note the rate of change on this chart. You don’t see world wars, terrorist attacks, or even the Great Depression. Just gradual, constant growth.

Several factors contribute to this increase of life expectancy: higher education, improvements in medical technologies, a rise in the overall standard of living, and improved nutrition.

There’s never been a better time to be alive.

The statistics are somewhat better for Canadians: 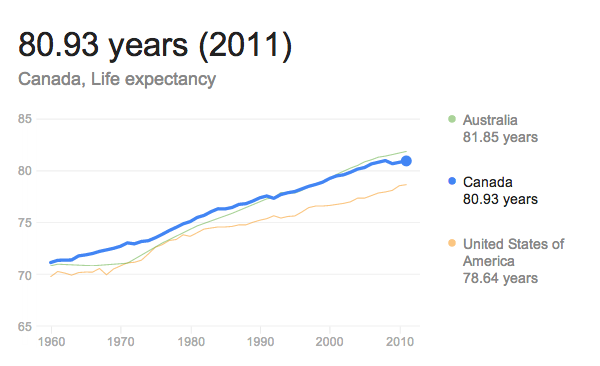 Throughout most of human history, life expectancy was below 40. And, I suppose, a 57-year old male living in the middle ages would have been very old indeed. Today, 57 hardly seems that old.

Except after a hard bike ride.