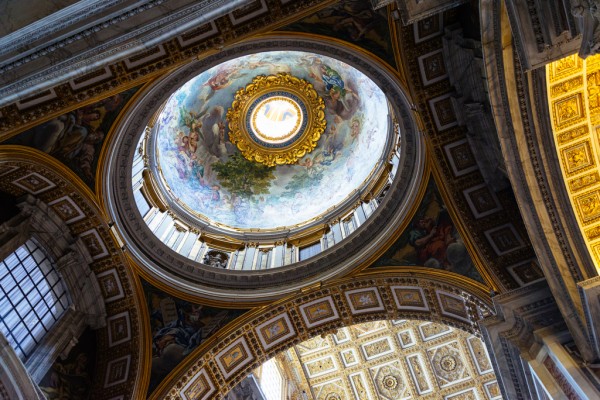 The Vatican has a mission to digitally preserve roughly 40 million pages of library archives.

Digitizing the entire library could take 100 years or more. And about 43 quadrillion bytes of storage.

From what I could find on the Vatican Library website, the project is starting with the following manuscripts:

The Manuscripts are described this way:

The extraordinary richness of the Vatican manuscript collections – Latin, Greek and Oriental – make it one of the world”™s outstanding libraries in terms of the quantity and the quality of the manuscripts preserved there, which range from papyrus codices of the Gospels and of other New Testament writings, transcribed only a few decades after they were composed, to late antique manuscripts of Vergil and Terence; from famous palimpsests to precious manuscripts of the High Medieval period; from the masterpieces of Byzantine miniature to those of the Italian Renaissance; from musical and Oriental collections to the libraries and archives of the great families which gave the Church Popes and Cardinals; from scholarly notes and papers to collections of letters and of autographs from the sixteenth to the twentieth centuries.

Here is an example scan (you can take a guess at the English language equivalent):