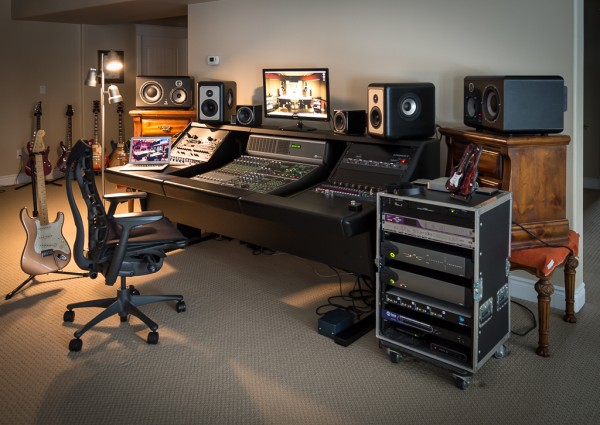 I spent most of the week-end testing two pairs of nearfields: the Barefoot MM35 Gen 2 and the Focal SM9 professional reference monitors. The Barefoots are on the meter bridge of my console closest to the small Avantone mix cubes. And the Focals are balanced on two sets of night tables acting as loudspeaker stands. Although the Barefoots are not exactly lightweight speakers — they weigh in at around 43 pounds each — the Focals are so much heavier at 77 pounds each that I thought it best to keep them off the console.

It took three people to bring the Focals down into the studio.

Both pairs are outstanding monitors. And, not surprisingly, they both sound quite different.

The Focals presented a very wide sound stage probably because I had them positioned quite wide relative to the sweet spot. Very addictive. I felt like I was inside the music. Tight low end, great highs, impressive separation. So what’s not to like about these monitors?

I switched to the Barefoots. Good golly, the midrange was right there. Like really right there. I had to switch back to the Focals to confirm that I was missing so much midrange detail. And I was. My wife, who by her own admission would not purport to hold golden ears, also heard the difference. It was not a nuanced difference. It was significant to my ears.

I also preferred the minimalism of the Barefoots. The Focals had extensive EQ settings on the box. If I have to have that many options to tailor a pair of speakers then I probably need to find a better acoustic space to mix. The Barefoots come with a remote control that allows you to dial in four different classes of speaker emulation: flat, hi fi, old school and cube. The latter two settings emulate the Yamaha NS10 and Auratone Cubes. Very handy when referencing mixes.

I will spend more time over the week to give both pairs of monitors a fair shake but right now I think I have the winner. 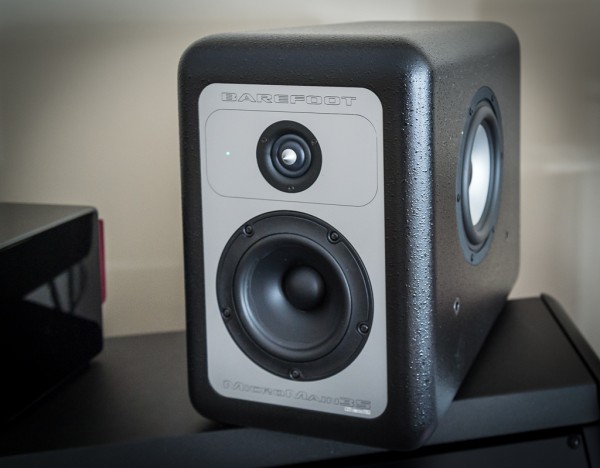