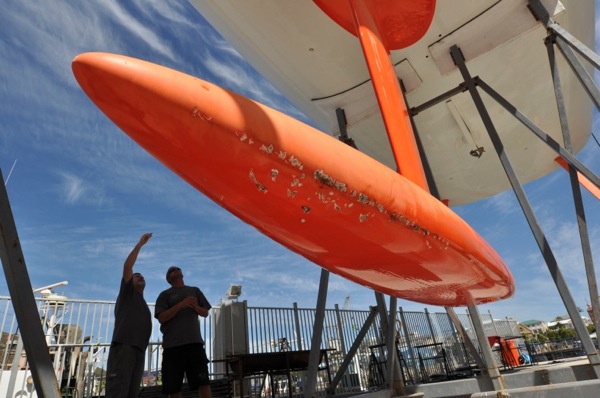 Ethics is not so much about solving conundrums and making impossible trade-offs as it is about building a keel that will withstand the storms.

In 1992, Michael Plant, an experienced sailor, set off on a solo crossing of the Atlantic in his custom sailboat, the “Coyote.” He had spared no expense in outfitting the boat with all the latest equipment and features. It was prepared for anything. There was nothing not taken into account when he embarked.

Eleven days into the voyage his friends lost contact with him, but they waited a few days to issue an alert because they were so certain he was in control. He wasn”™t. Days later the crew of a passing freighter spotted his boat capsized and floating upside down. Inside was a partially inflated lifeboat.

It”™s a hard and fast rule that sailboats must have just as much weight below the waterline as there is above. For that reason the keel of the “Coyote” had 8,000 extra pounds of weight bolted to it when it was built. However, when the boat was found the weight was completely gone. Michael Plant had disappeared as well. As Gordon puts it, “The loss of the weight ended his life.”

It was the perfect image for these young professionals, and I asked them to talk about what their own weights were beneath the waterline because it was clear they were all planning to sail far and fast.

In building a boat, everything is built around the keel. First the keel and then the boat. The keel is not added later. I wanted them to be clear about the keel around which they were building their boats.

SimplicityI’ve Got A Nikon Camera
Scroll to top