The Attessa IV is one of the largest and most expensive super yachts in the world. It is estimated to be worth roughly a quarter billion and it is owned by Dennis Washington. The full story of the rebuild project is interesting. I caught the yacht just as it was leaving the Monaco main harbour. There was a school of small sailboats in its way. They moved. 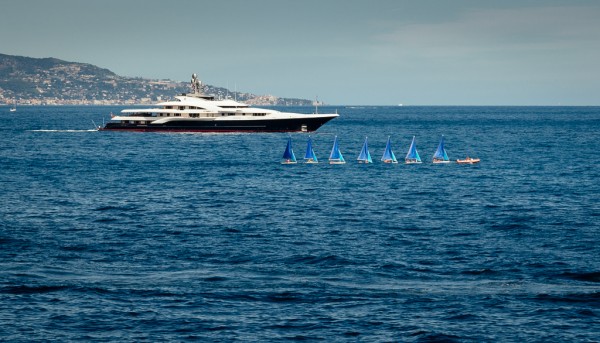 As we walked along the coastline of Villefranche we came upon another boater. Not quite as impressive as the Attessa IV however the owner was floating on the same Mediterranean Ocean. He even had a friend. 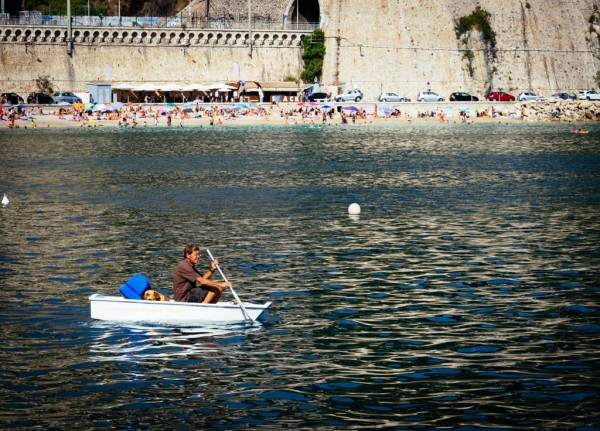