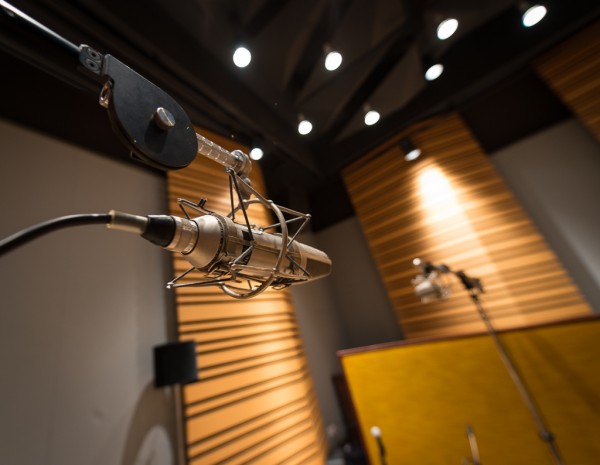 I did not upgrade any microphones in the studio but I did do a pretty major overhaul of the DAW in preparation for my latest project.

About two years ago, I posted on my dilemma about upgrading the Pro Tools HD rig. My computer, a dual processor Power Mac G5 had become old and outdated. The Pro Tools HD Accel 2 cards were based on PCI-X. I was running Pro Tools HD 7.4 and the current version is Pro Tools HD 11.

The cost to migrate to replace the computer, two audio DSP cards and two audio interfaces was just too high.

Unfortunately, there is only so long that a system can continue to run without a risk of complete failure. And I did not want to risk that failure in the middle of a project.

I decided to move to Pro Tools HD Native. Most of my work is mixing these days and for the little bit of tracking that I do in my studio this rig is more than capable. I was able to get a significant discount by trading in my old system for the new one. All for less than a third of the cost to migrate to a Pro Tools system using Audio DSP cards.

I ran my largest mixing sessions from my old Pro Tools rig and it barely dented the CPU capacity of the current rig. I have been working it really hard over the past few months and it is rock steady. No issues at all. Way more capacity than my old rig. Hard to believe but when I checked the benchmarks, my current Mac, running an i7 quad-core processor, is over 6 times as fast as the old G5.

In addition to the Pro Tools upgrade, I also acquired a Neve 88 series summing mixer.

This mixer allows me to sum the DAW signals through the same bus topology as a Neve 80 Series console. From the Neve website:

The 8816 uses the same transformer mixing topology as the classic 80 Series console, with two custom Carnhill transformers on the stereo mix bus output, plus a unique ‘Stereo Width’ control as found in professional mastering studios. And what all this means is that the unit delivers the open, punchy mixes for which Neve consoles have long been renowned.

In the words of Hugh Robjohns atÂ Sound on SoundÂ magazine, ‘The critical issue is what the 8816 sounds like. The answer is simple: it sounds fabulous and sublime. Its huge headroom and the classic transformer mixing topology endow the mix with an effortlessly silky quality that just screams ‘analogue’ at the listener.’

I’m not sure that the summing mixer screams analogue at me but it does sound terrific and it does impart a wonderful quality to the sound of the project.

I also picked up a couple of Avantone cubes.

The Genelecs that I use for mixing are great but it is nice to be able to test a mix for portability at the console. And Avantones sound horrible — in a way that helps me build a better mix. Very similar to the old Auratones I used to mix with almost 40 years ago.