Aside from the typical nonsense associated with flying out of Toronto Pearson — over an hour just to clear U.S. customs — we arrived in San Francisco around noon on Thursday and made our way directly to our hotel. After checking in and getting settled in our room, we made our way out to the Golden Gate bridge.

The bridge is one of the most photographed bridges in the world. This would likely be the typical tourist photograph of the bridge:

I took the shot from the main visitors area which offers a nice perspective to the bridge.

The bridge holds a number of interesting details. This warning sign is directed at those folks who might want to throw something over the side of the bridge. Not a good plan. The sidewalk is under television surveillance. 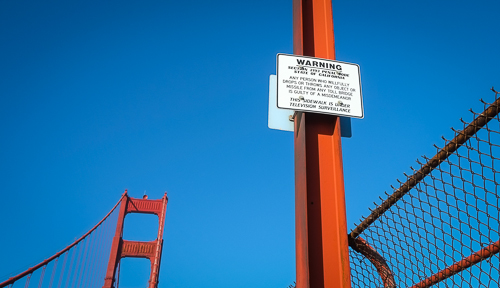 There is very limited boundary enforcement on the bridge itself although, if you look carefully, you can find sections with barbed wire at the lower main cable suspension points. I suppose someone would try to scale the main suspension lines if the barbed wire was not in place. 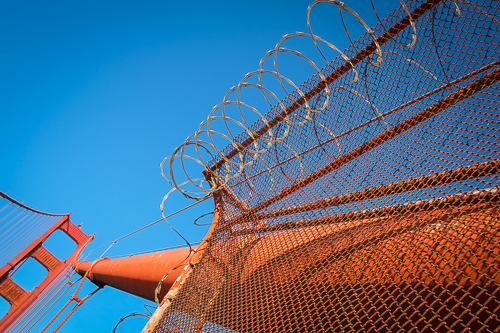 The Golden Gate bridge is also known as the suicide bridge. It has more suicides than at any other site in the world. The estimate is one suicide every two weeks. The fatality rate for jumping is very high at 98%. There are a few measures to deter suicide attempts. There are crisis counselling telephones on the bridge. 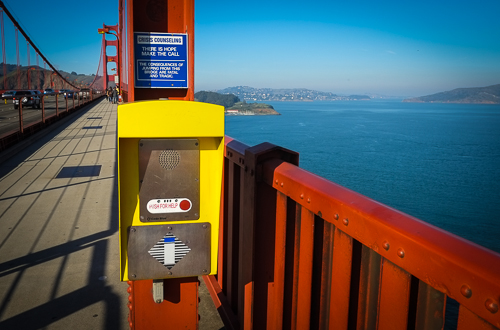 And there are frequent bridge patrols. 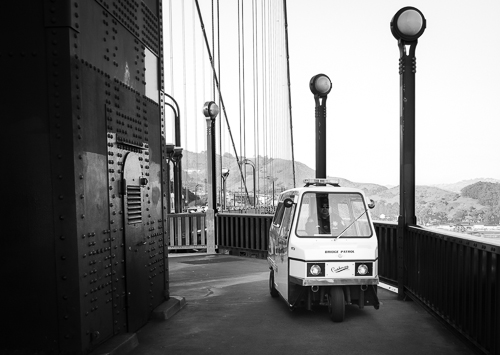 That aside, the walk was wonderful and the views dramatic. I tried to shoot the bridge in a creative way. Here are some of the results. 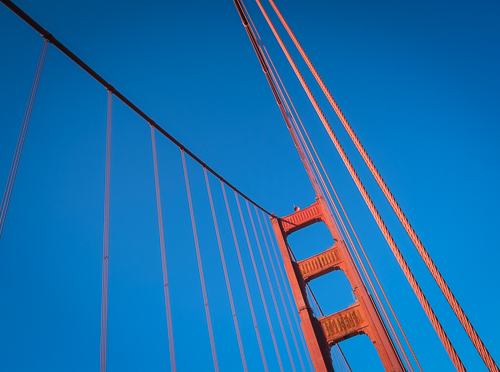 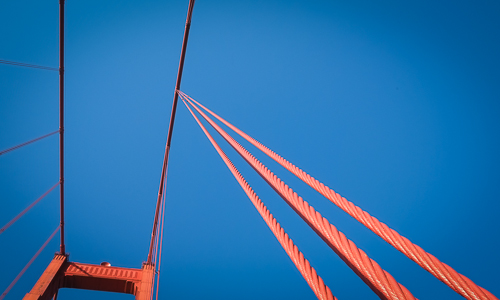 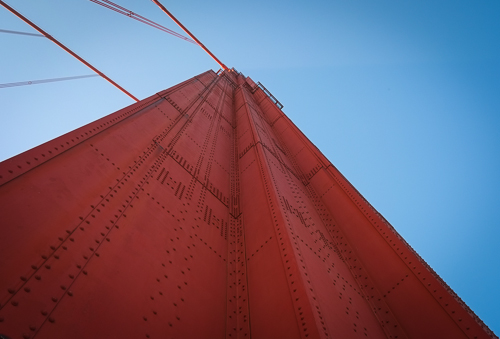 After a full day of travelling, and a long walk on the bridge, we made our way back to the hotel and retired for the evening. We had a big day planned for Friday.