I just became a backer of a Kickstarter project.

Kickstarter is a funding platform. About 2.5 million people have raised money for over 30,000 projects. One of the more interesting projects was Amanda Palmer. She became the first musician to raise more than one million dollars on Kickstarter. 24,883 people pledged $1,192,793 in 30 days. The full story here.

If you want to learn more about Kickstarter then click here.

The project I am backing is for VFE Pedals. They make a very popular pedal called the Alpha Dog. Their project is to raise $2,000 to purchase a bulk lot of American-made potentiometers from Alpha Potentiometers in California. The project closes on January 6th. There are currently 30 backers and to date Kickstarter has raised $4,005 for the VFE Pedals Alpha Dog project — over twice the goal amount. 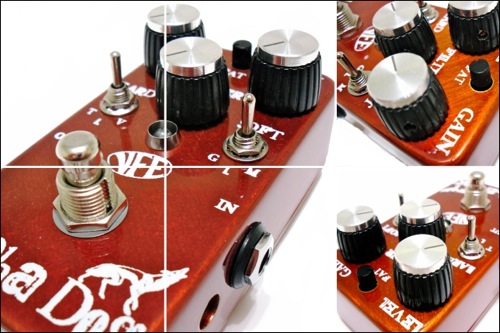 My $160 pledge will net a custom-made Alpha Dog. I get to choose the paint color, knobs and graphics. I’ll also receive a T-shirt and a sticker. All for a few dollars above the normal selling price of the pedal.

The pledge process was integrated with Amazon so it was quite similar to making a purchase from the Amazon store. Very simple and straightforward.

Estimated delivery of the pedal is in February.