A few shots to share from our Christmas morning — these ones in black and white.

Each frame has a bit of a story. Lorraine’s photo shows her expression when she received a new Kobo reader. The Kobo Arc is basically an Android tablet and a pretty nice one at that.

Joshua had a similar reaction when he opened his new Nexus 7 Android tablet. Another slick machine. 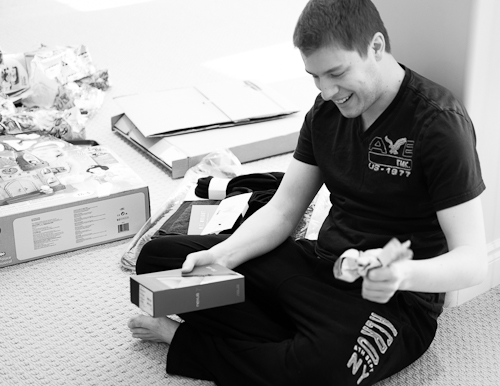 Mind you, we made him work for his gifts. We wrap presents in such a way that it is quite challenging to get them open. 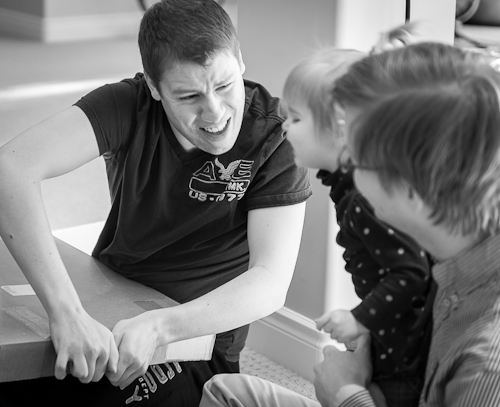 One of our family members became so distraught that she ran away from the gift unwrapping area. Too dangerous. 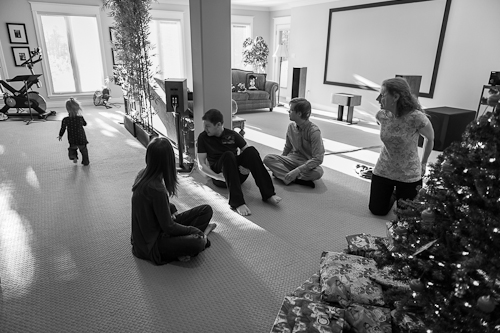 Eventually, we were able to persuade her back to the tree. 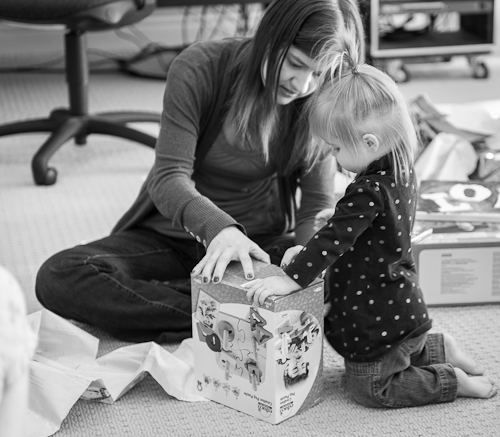